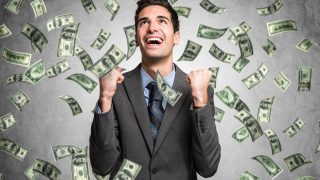 Commodities to Continue Swoon thru 2013 (CNBC)

Commodities investors hoping for a turnaround in the second half of the year may have more luck hoping Santa brings them a stocking full of better investments. At least, that’s the word from HSBC, the Singapore-based super-bank that recently cut its price forecast for base metals by as much as 12 percent. According to HSBC’s global head of metals and mining, Andrew Keen, “We lower our 2013-14 demand growth forecasts to reflect slower GDP growth in China.” This, combined with a resurgent U.S. dollar pushing U.S.-produced base metals prices even higher, makes the global commodities market an even tougher place to find profitable investments. Here’s hoping St. Nick finds you before your commodities plays crush your portfolio.

The world’s largest money manager, BlackRock, Inc., reported higher profits in the second quarter than expected due to higher demand at both the retail and institutional levels. For Q2 2013, the company reported $729 million in net income, or $4.19 per share, a 32 percent increase over 2Q 2012’s figures of $554 million and $3.08 per share. CEO Lawrence Fink said that the company generated record fees for the quarter of $11.9 billion, including 11 funds that each raised more than one billion. This growth brings the company’s total assets under management to $3.8 trillion. For individual investors, there is a lot to be said for siding with the industry bigwigs.

The former Deputy Director of the Consumer Financial Protection Board, Raj Date, one of the men responsible for rewriting the U.S. mortgage lending rules, has created his own company to service the needs of the very same borrowers he helped blackball. His company, Fenway Summer LLC, will provide loans to those “misfit borrowers” now considered too risky for mortgages under the laws he helped to write. Date estimates that the market for these non-qualified loans could be as much as $1.5 trillion — around 15 percent of the $10 trillion home-loan industry. Now, it’s only a matter of time before these “misfit” loans are bundled “misfit” investments, but at what risk? Stay tuned…

The Bank of Japan released a report on July 12 that revealed the country’s first real signs of economic recovery since 2011. Combined with the continued astonishing rise of the Japanese markets, it may be time to take another bite of the Japanese apple. The exchange-traded fund (ETF) best positioned to tap these recent developments for a profit is iShares MSCI Japan Small Cap Index Fund (SCJ). This fund seeks investment results which, before fees and expenses, correspond ge

Exclusive  To Achieve Financial Freedom, Should You Diversify or Concentrate?