Stocks dropped from record highs today, as investors weighed stronger-than-forecast growth in service industries and comments from a Federal Reserve official that the central bank is closer to decreasing its monthly bond buying program. Fed Bank of Dallas President Richard Fisher, a notable critic of quantitative easing, warned investors not to rely on the central bank’s $85 billion-per-month bond purchasing program. “The comments today and the data today are not sufficient to say the Fed is really going to ramp down more aggressively,” Walter Todd, chief investment officer of Greenwood Capital Inc. in Greenwood, South Carolina, said. “More than anything it’s just people taking a break, catching their breath after a very aggressive run in the market.”

The U.S. Service Sector surged in July, boosted by an increase in new orders. The Institute for Supply Management announced its services index rose from 52.2 the previous month to 56 in July. More importantly, the broader U.S. Service Sector reached a two-year high that month, as the manufacturing sector also rose. “The pickup in July wasn’t limited to the manufacturing sector,” said Brian Jones, senior U.S. economist at Societe Generale in New York. “We do expect growth to accelerate in the second half of the year. We do think it’s for real.”

After falling for most of the previous week, gold rebounded Monday as new, weaker-than-expected U.S. payroll data eased fears that the Federal Reserve would begin tapering its current easy-money policies. “These markets are very much driven in the immediate future by the data that gives us an idea as to when the tapering is going to start taking effect. And gold being very much the most sensitive to that,” said Mark Keenan, cross-commodity research strategist at Societe Generale in Singapore.

Exclusive  How Do Recessions Impact Supply Chains?
share on: FacebookTwitter

previous article
Did you book a 55% return in less than 30 days last week?
next article
Bringing Jobs Back to the United States with Moto X 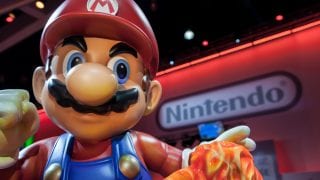 The Hawkish Taste of the ‘Dots’

REITs vs Stocks: Everything You Need to Know

share on:
Exclusive  Stock Market is in a Quandary When Bad News is Good News