After losing almost three percent over the past four sessions, the S&P 500 rallied on Tuesday, as some retailers reported estimate-beating growth. “We had some pretty good retail earnings, it just shows the consumer is not dead and that things are moving in the right direction,” Frank Ingarra, head trader at Greenwich, Connecticut-based NorthCoast Asset Management LLC, said. “Everyone is still focused on Fed tapering. We remain cautiously bullish with pretty full exposure to stocks.”

As U.S. oil fell more than one percent, violence at a major Libyan port on Tuesday heightened concerns about a potential disruption of Libya’s oil supply. Global oil prices rose slightly, overcoming anticipation of possible tapering by the U.S. Federal Reserve. “We were down early on tapering concerns, and what seemed to turn the momentum around were concerns about clashes in Libya,” said Phil Flynn, an analyst with Price Futures Group in Chicago.

As the dollar index fell, gold futures recovered from early losses to rise 0.5% on Tuesday. Investors await the release of the Federal Open Market Committee’s minutes to discover if the Fed will continue its inflationary policies. “The dollar is supporting the gold market,” Phil Streible, a senior commodity broker at R.J. O’Brien & Associates in Chicago, said. “People will be looking for a clear indication from the Fed tomorrow.”

Exclusive  How Do Recessions Impact Supply Chains?
share on: FacebookTwitter

previous article
The Secret Sauce of Silicon Valley’s Success
next article
Mr. Market’s Moodswings and a Special Presentation From the Money Show

What Happened to Crypto and What to Do Now? 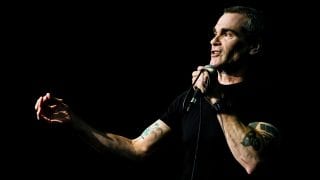 Behold the Power of Effective Communication

The Spirit of ‘47: The Challenge of Our Times in Two Charts

share on:
Exclusive  What Happened to Crypto and What to Do Now?