Lock in 53.57% Gains in Pharmaceutical Options in Just Five Days

Thanks to the quirkiness of option pricing, Gilead options actually rose last week even as the stock closed slightly lower. Sell half of your Gilead November $100 call options (GILD141122C00100000) at market today to lock in 53.57% gains.

On the downside, close your position in your Visa $215 call option (V140920C00215000), which expires this Friday, at a loss. Although Visa’s stock itself is up 7.33% since my initial recommendation, it has been a bumpy rise and the option never got any traction.

Markets are starting the week in a grumpy mood. Asian stocks slid to a five-week low this morning as data out of China showed that factory output there grew at the weakest pace in nearly six years.

Throw in the uncertainties surrounding the Scottish referendum and the Fed Open Market Committee meeting this week, and you can see why investors are particularly cautious about taking on new risk.

Finally, I’ve highlighted the weak September seasonality in the past. As you can see from the chart below, the coming seven trading days have been historically some of the worst trading days of the year.

On average, all but one of the next seven days has been a down day in the market over the past 30 years.

Now you see why this is not a time you want to place new bets in the market.

I’ll be back with a new Bull Market Alert recommendation next week.

The Bank of Ireland (IRE) gave back 2.92% last week. Although a down week for The Bank of Ireland, IRE did take a convincing bounce higher midweek from its recent strong breach of the 200-day moving average (MA). Watch this price action closely as a definitive move higher in the short term could be an indicator for a longer-term trend. IRE is a BUY.

iShares MSCI BRIC ETF (BKF) fell 5.07%. Emerging markets had a remarkably tough time last week, and the BRICs fell in tandem. The rest of the world believes the United States and a coalition of allies are “going to war” against radical Islamic forces in the Middle East. But listening to President Barack Obama and his staff last week, the United States is simply extending its “anti-terrorist activities.” However you put it, BKF fell below its 50-day MA last Friday to become a HOLD.

Vipshop Holdings Limited (VIPS) gained 0.85% last week. One of the more impressive data points in the VIPS story is its record of beating earnings expectations over the last five quarterly reports. This trend has no signs of abating in the near future. Although VIPS had a small gain for the week, due to a rising 50-day MA, VIPS actually fell slightly below this line to become a HOLD.

United Rentals, Inc. (URI) gave back 1.61% over the past five trading days. URI received some big news last week as Standard & Poor’s announced that this stock symbol would become a member of the S&P 500 this Friday. URI will leave its place in the S&P MidCap 400 index to go join the big leagues. URI is a BUY.

Trinity Industries (TRN) fell 2.27%. TRN declared a quarterly dividend of $0.10 per share last week. Remarkably, this will be Trinity’s 202nd consecutively paid dividend. This dividend is payable on Oct. 31 to stockholders of record as of Oct. 15. TRN is a BUY.

Gilead Sciences Inc. (GILD) dipped 1.61% for its opening week in your portfolio. Not only is Gilead’s stock symbol currently “on sale,” courtesy of a recent news-driven dip, but, as a member of the biotech sector, it benefits from the strong rebound this sector has been experiencing for many months now. GILD is a BUY. 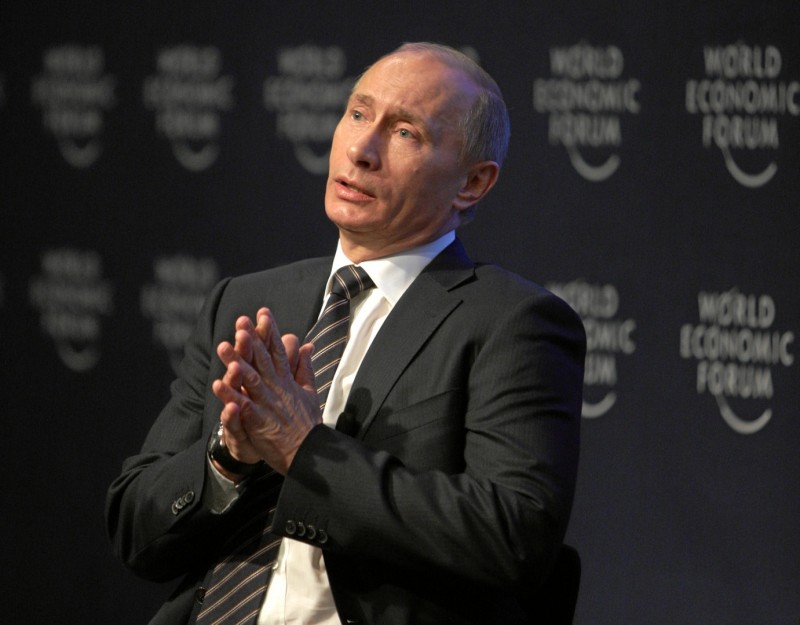 Push Back against Putin’s Preposterous Policies

World and corporate leaders should look for alternative business partners to minimize the fallout from trade barriers that Russia’s President Vladimir Putin may erect against countries that impose trade sanctions against his nation in response to his sending Russian fighters into neighboring Ukraine.