Joining me today on PowerTalk is Leonard Moodispaw — chairman and CEO of KEYW Holding Corp. (KEYW), a publicly traded company that provides cybersecurity and geospatial intelligence solutions for U.S. government, intelligence and defense customers, as well as commercial enterprises.

As we move more and more of our lives into the digital frontier, we are exposed to a different set of risks. Whether you are a person, a business or a government, the way in which you need to secure yourself is far different than it was two to three years ago, let alone 20 years ago.

What I just described is the downside of my Always On, Always Connected PowerTrend.

Cyber attacks, including website and email hacking, malware infection and targeted denial of service, are being increasingly reported by private users and government departments.

How big of a threat is it?

Companies such as Google (GOOG), Twitter, Facebook (FB), Evernote and, recently, Adobe (ADBE) all have reported being hacked. In fact, Adobe announced it suffered a massive security breach which compromised the IDs, passwords and credit card information of nearly three million customers.

That’s pretty bad, but it gets worse.

With that as a backdrop, does it come as a surprise that the Department of Homeland Security awarded a $6 billion contract to 17 companies to protect the government against cybersecurity threats?

That’s good news for KEYW. While its list of intelligence community customers may sound like a lot of alphabet soup, it’s important to realize that its clientele includes NSA, NRO, NGA, AGC and other agencies within the intelligence community and Department of Defense (DoD). Winning business from those customers and others led KEYW to deliver revenues of $240 million last year — that’s up substantially from the $39 million in revenue it achieved in 2009.

During our time together, Leonard and I talk about what’s going on in the cybersecurity market, how KEYW has been able to deliver that great revenue growth, a new KEYW product offering — HawkEye G, the industry’s first truly active defense solution to detect stealthy advanced threats — and more.

While KEYW may not be a mainstream name today, once you listen to today’s PowerTalk, I suspect you’ll want to know more about the company.

Trucking — the Lifeblood of the Economy with Chris Burruss, President of the Truckload Carriers Association

Where and How Reading is Going with Kobo CEO Mike Serbinis 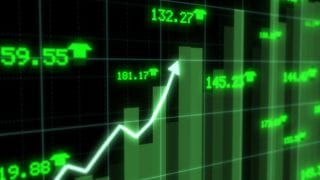