Nicholas Vardy has a unique background that has proven his knack for making money in different markets around the world. He was the Editor of The Global Guru, a free weekly e-newsletter, and also edited the trading services Momentum Trader Alert, which focused on making short-term profits in the hottest markets in the world, and The Alpha Algorithm, which was designed specifically to deliver big, fast triple-digit winners, month after month. He was also the editor of Smart Money Masters, a monthly service focused on longer term investments recommended by the brightest minds in the business. Mr. Vardy has been a regular commentator on CNN International and the Fox Business Network. He has also published articles in The New Republic, The World and I, and The Baker & McKenzie Legal Review. The Global Guru/Nicholas Vardy has been cited in The Wall Street Journal, Newsweek, Fox Business News, CBS MarketWatch, Yahoo! Finance, and MSN Money Central. Mr. Vardy graduated from Stanford with a B.A. — with honors and distinction — in both Economics and History, and he also earned an M.A in Modern European Intellectual History. After winning a Fulbright Scholarship, he earned a J.D. degree at Harvard Law School where he was an editor of the Harvard International Law Journal. When not uncovering investment opportunities for his subscribers and investors, Mr. Vardy is a keep-fit enthusiast and an avid student of classical music. 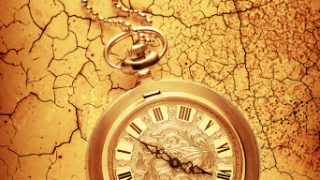 Finding Your Own ‘Holy Grail of Investing’

Betting on the Booming Housing Sector