One Stock for the Coming Pot Boom 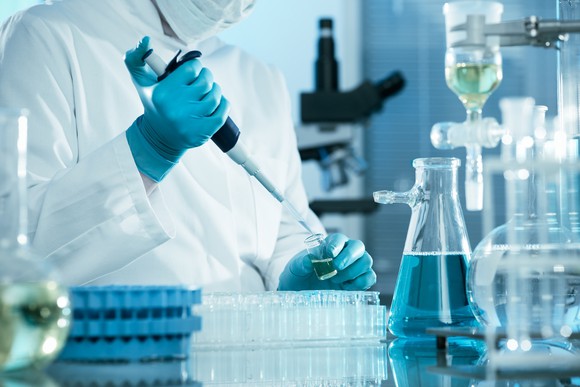 A little-known Canadian company just unlocked what some experts think could be the key to profiting off the coming green revolution.

And make no mistake – it is coming. To the tune of an estimated $80 billion.

Hemp legalization is sweeping over North America – 11 states plus Washington, D.C., have all legalized recreational versions over the last few years, and full legalization arrived in Canada in October 2018.

Legal pot is worth $50 billion for the U.S. today. And since experts have projected the U.S. industry to skyrocket to $80 billion by 2030, it’s time for investors to start paying attention.

Because whether or not you’re planning on ingesting any THC, you can’t deny the monumental investing opportunity that a potentially $80 billion industry represents.

… we’ve been quiet on this growing industry for a while.

Because a game-changing deal just went down between the Ontario government and a powerhouse Canadian company.

And that company – which now has the opportunity to rake in profits from the $7 billion Canadian hemp industry AND potentially the $80 billion US hemp industry – is no stranger to us here at The Motley Fool.

Because we’ve actually recommended this stock before… for completely different reasons. Take a look at how it’s done since we rec’d it to our members:

This Canadian powerhouse has locked in key partnerships with behemoths like Facebook, Amazon, and now the Ontario government.

And even with all that, the company’s CEO declared that he thinks they’re only 2-3% into what this company could eventually become.

We here at The Motley Fool are convinced we’re only in the VERY early days of this company’s trajectory.

Which means there could still be boatloads more profit to be had for in-the-know investors who are prepared to take action.

Our more than 700,000 Twitter followers named this their favorite high-growth investment. And our CEO agrees.

Now, I don’t like to brag… but we here at The Motley Fool have had a pretty good track record of picking trends before they get big. Take a look at a few of the companies we picked to dominate their field:

If you’d invested $1,000 in each of those companies when we recommended them in Stock Advisor, you’d be sitting on $485,090 right now.

Which brings me back to this latest find.

This company’s future doesn’t hinge on pot. If all forms of THC were banned forever in the United States, we think this company would still have an incredible field of opportunity. (That’s why we recommended it in the first place.)

But now that there’s an estimated $80 billion industry emerging from the woodwork, their prospects are positively mouthwatering – and we think you’ll regret not getting invested now.

THIS is the company we think you should have in your portfolio if you want to position yourself wisely for the coming hemp boom.

And even though this company has had unprecedented success so far and just made a history-defining deal with the Canadian government, far fewer investors than you might expect are taking advantage of this VERY rare moment…

So, due to the urgency of this recent development, we put together a painstakingly researched report that shows you how this one stock could potentially mint its own pot millionaires.

It reveals the reasons why we think every forward-thinking investor should be paying close attention to this revolutionary new industry and what might be a potentially life-changing investment opportunity.

This report is FREE to you when you sign up for Stock Advisor today.

Do you know which stock we’re talking about?

Don’t wait to find out!

By submitting your email address, you consent to us keeping you informed about updates to our website and about other products and services that we think might interest you. You can unsubscribe at any time. Please read our Privacy Statement and Terms & Conditions.

Past performance is not a predictor of future results. Individual investment results may vary. All investing involves risk of loss.

Returns data as of July 1, 2019. John Mackey, CEO of Whole Foods Market, an Amazon subsidiary, is a member of The Motley Fool’s board of directors. The Motley Fool owns shares of and recommends Amazon, Booking Holdings, Netflix, and Walt Disney. The Motley Fool has a disclosure policy.