How Rising Prices Will Affect Retail and Restaurant Recovery

Subscribers to my investment newsletter PowerTrend Profits have heard me talk about how misleading a number of economic metrics can be. That’s why, as part of my normal, everyday data-point gathering, I read, peruse and examine a slew of articles, websites and financial reports. The strategy is to string together enough data points to have a cohesive view not only of what’s going on, but what is more than likely to happen in the coming months.

The first step is to understand what is really going on in the economy. A case in point is the mainstream media’s “reporting” on the unemployment rate. Such reports go something more or less like this — “the unemployment rate fell again this month.” While that is technically true, it doesn’t really tell you why it’s dropping — and as the saying goes, the devil is in the details. If you were to dig through the appendices that accompany the monthly Employment Report from the Labor Department, you would see that far more Americans have been dropping out of the labor force than new jobs have been created. In other words, the unemployment rate is dropping for the wrong reason.

To me, a far more revealing and insightful indicator is the payroll to population data released by Gallup each month. As I said at the World MoneyShow in Orlando recently, this is some of the scariest data. When I showed the graph below as part of my presentation, it was met with gasps. It is not a pretty picture when only 42% of the population is working, and it points to big problems down the road.

That’s the base, so what’s coming down the road?

Sifting through several data sources confirms something I am sure you are already well aware of — wages remain under pressure, with little to no rise year over year once adjusted for inflation. Despite the inflation figures reported by the Bureau of Labor Statistics, you and I have felt the pain of our dollars not going as far during the last few years. I’m sure you’ve walked out of the grocery store asking yourself “I just spent how much on how little?” And for those of you that missed this trick, a number of companies kept their prices flat during the last few years, only to shrink the package size for cereal, cookies and a number of other items.

During the last few weeks, I’ve noticed a number of companies are once again announcing price increases for their products, and it’s looking like we will continue to see our purchasing power shrink. Some examples include:

While any one of those items on their own may not hit your wallet too hard, the combined effect is sure to leave your wallet more than a little lighter in the coming months. That has me concerned about retail and restaurant stocks. They’ve had a tough time of late. A case in point is McDonald’s (MCD), which has seen three consecutive months of negative same-store sales data — and it may not be getting better in the near term.

As the saying goes, there is always a bull market out there, and I’ve shared exactly how to profit from several of these pain points and others with PowerTrend Profits subscribers. And yes, despite the market volatility thus far in 2014, those positions are in the green. If you ask me, the only thing more impressive is combining PowerTrend investing with options — and to learn more about that, check out my new PowerOptions Trader trading service.

China’s NSFOCUS — A Different Perspective on CyberSecurity
This week on PowerTalk, we’re getting a different perspective on cyber attacks. No, I’m not talking with anyone from Anonymous or any other known hacking group. Rather, I’m talking with NSFOCUS, an enterprise-grade network security company that is headquartered in Beijing, China. Now, much like me when I was first introduced to the company, you’re probably wondering “based in China?” “Hasn’t that been a source of attacks?” and similar questions. Those were my first thoughts as well.

With operations in the United States, Japan, Europe, China, Southeast Asia and the Middle East serving telecom carriers, data centers, financial companies and Internet companies, NSFOCUS piqued my curiosity. I thought they could offer a different perspective which could prove insightful. And it did.

Joining me on the program from NSFOCUS is Frank Ip, vice president of U.S. Operations for the company. During our time together, Frank addresses the notion of “it’s just China” and points out that in order to really address the threat of cyber attacks, the private sector, as well as cyber and network security companies, need to come together rather than rely on government-sponsored efforts.

We also talk about NSFOCUS’ area of expertise: its Anti-DDoS System (ADS) that helps customers find and fend off a wide variety of attacks, from simple network layer attacks to more sophisticated and potentially damaging application-layer attacks, all while letting legitimate traffic get through to critical systems.

In case you missed it, I encourage you to read my PowerTrend Brief from last week about how to profit from Washington’s latest regulatory pain point. I also invite you to comment in the space provided below. 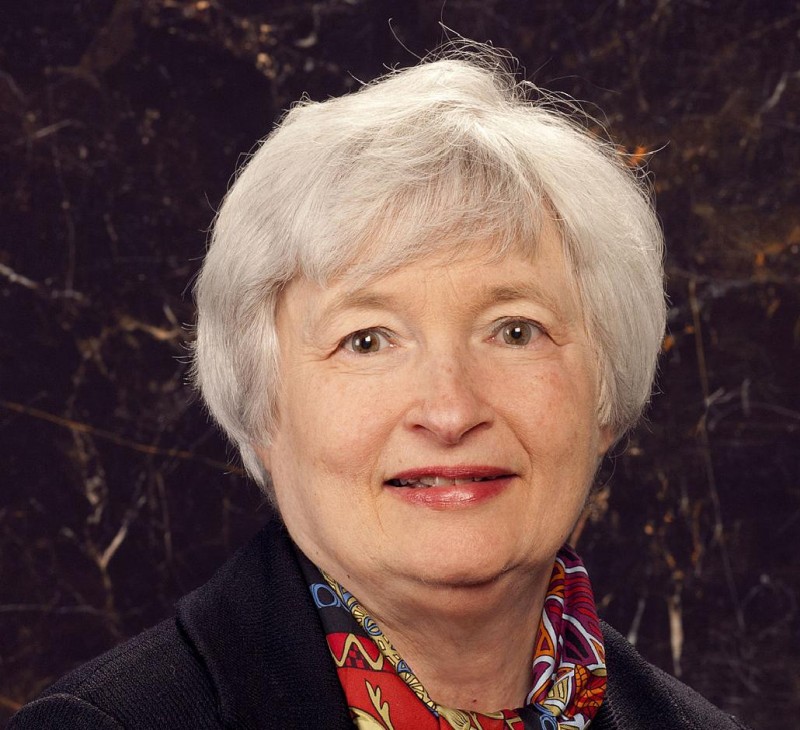 Investors were encouraged by comments made by Federal Reserve Chair Janet Yellen before the Senate today, sending the S&P 500 to a new record high.

How to Take a Different Perspective on Cybersecurity — with NSFOCUS