Time and time again, I am amazed at how the “smart money” and those supposedly in the know continue to misread the economy. I’m not talking about President Obama, who is most likely as out of touch with what is going on in the real world as was President George W. Bush, nor am I am pointing the finger at Congress. Let’s face it — with the now non-stop campaign cycle, most of them have little time to sweat the details of the economy or the needs of their constituents. If you don’t believe that, perhaps you should spend some time understanding why United States Representative for Virginia’s seventh congressional district and Republican House Majority Leader Eric Cantor is now out of a job.

No, I’m talking about the Federal Reserve, which in theory is composed of several very bright minds when it comes to monetary policy and the economy. If we look at the Fed’s track record on forecasting changes in the economy or impending crises, saying the Fed is out of touch is like shooting fish in a barrel. After all, I am sure you’ve heard by now how the Fed looks at inflation, excluding food and energy. They do so even though those two components, which have been on the rise, take a bite of 15-20% from the average weekly paycheck. Perhaps one of the benefits of being inside the Fed is you don’t have to buy your own food or gas, or perhaps they are simply paid so much more than the average person that they don’t even notice the upward move in prices during the last few months.

What about the overall strength of the economy? Depending on how weak or robust it is, the Fed has to step up, tack or, in some cases, cut back its stimulative efforts. It would seem then that reading the economy and doing so correctly would be crucial to getting monetary policy right.

Yet, for all the information at their fingertips, it seems the Fed has perpetually been too optimistic regarding the economy. Granted, when the Fed and other economists made their 2014 forecasts back in late 2013 or early 2014, no one expected, and therefore did not account for, the severe impact of the harsh winter weather.

As we started off the year, the St. Louis Fed issued a forecast calling for gross domestic product (GDP) growth of 3.2% in 2014, which, to be fair, was on the high side of forecasts made by the Federal Open Market Committee.

In early February, after we started to see some of the winter storms and their effects, Federal Reserve Bank of St. Louis President James Bullard said the U.S. economy was closer to being “normal” again and that he was “optimistic about the prospects for this year. I think we can get 3% or better” in terms of GDP.

Flash forward a bit to late April, and the Bureau of Economic Analysis’ advance estimate of 1Q 2014 GDP clocked in at 0.1%, much weaker than the 2.6% reading from the December quarter and the 1.2% growth expected for 1Q 2014.

In early May, the New York Federal Reserve Bank issued a forecast saying, “The economy should grow at an annual rate of 3% over the remainder of 2014, despite a slow start to the year.” Soon thereafter, however, the Bureau of Economic Analysis (BEA) published its second take on the economy during the March quarter, and it was worse than originally expected — much worse! With more data, the BEA has now calculated that the economy contracted 1% during the first three months of 2014.

Even with the then-expected rebound in the second quarter and the New York Fed’s view of 3% growth in the back half of 2014, any grade-school student could tell you that average growth for 2014 was looking more like 2%.

Despite some of the data that showed weaker-than-expected retail sales, questions about housing and concerns with other factors, Bullard reiterated the view that GDP would grow 3% in 2Q, 3Q and 4Q 2014.

This week, the BEA furnished us with its last and final read on GDP in 1Q 2014, and it was even worse than the last reading. The BEA adjusted for new information that showed “the increase in personal consumption expenditures (PCE) was smaller than previously estimated, and the decline in exports was larger than previously estimated… The decrease in real GDP in the first quarter primarily reflected negative contributions from private inventory investment, exports, state and local government spending, nonresidential fixed investment, and residential fixed investment…”

Recent data has shown continued strength in the manufacturing economy and what looks like a turn in the housing market, given May existing home sales and new home sales data. There are reasons to be concerned about the back half of the year, and one of them is inflation, which I touched on last week. What is new on the inflation front this week was the across-the-board jump in input prices reported by the June flash PMI reports from Markit Economics and HSBC. If you are wondering if I am still concerned about the consumer, his or her disposable income and the ability to spend, spend, spend, you would be right!

If the Fed’s forecasts for 3% GDP growth across the current quarter and in the back half of the year pan out, it means the economy would grow at roughly 1.5% in 2014. If inflation ripples through the economy with wages remaining stagnant, that 1.5% forecast may go the way of Bullard’s January view of 3.2% GDP growth in 2014.

In case you missed it, I encourage you to read my PowerTrend Brief article from last week about why you should watch the bacon cheeseburger inflation index. I also invite you to comment in the space provided below. 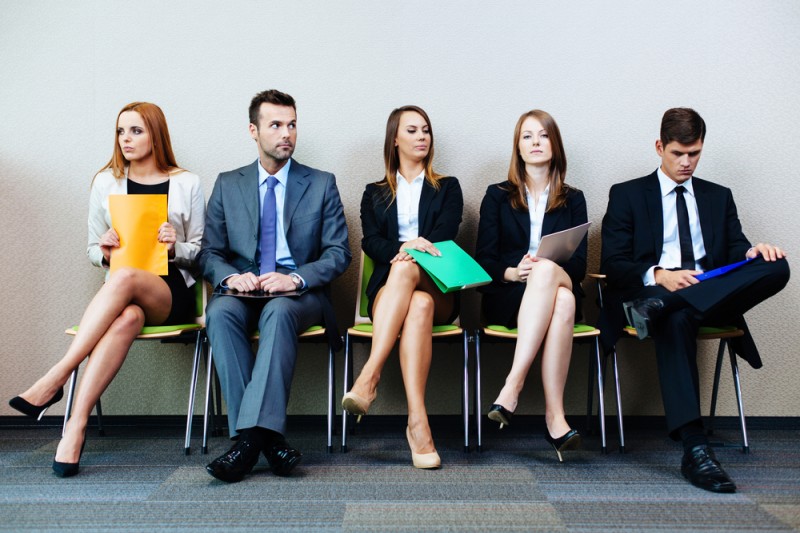 How Waiting Has Become Such a Large Part of American Culture

Today more than ever, the two most common words I hear are “Please wait.”