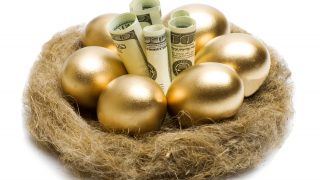 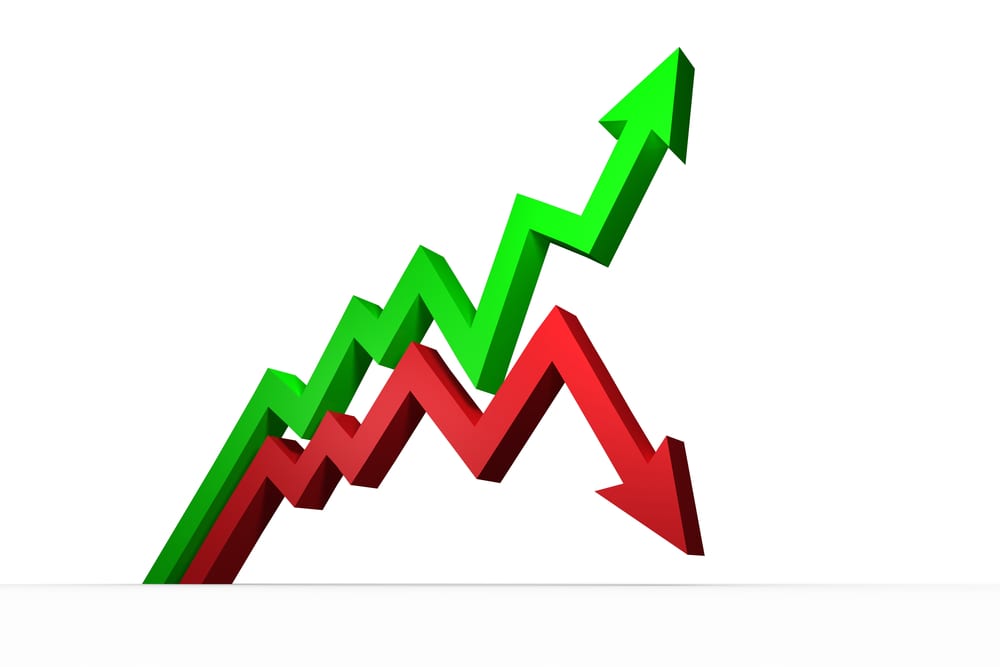 There has been much ado about the growing use of exchange-traded funds (ETFs) by investors, be they professional ones, such as mutual fund and hedge fund managers, or individual ones, like yourself. ETFs have many advantages over both mutual funds and individual stocks — unlike mutual funds, ETFs trade during market hours and can be bought or sold while the stock market is open. Compared to stocks, ETFs tend to be far more diversified, which can make them far less volatile.

That’s impressive, but flash-forward to the end of May, just five months ago, and the global exchange-traded products industry reached $3 trillion in combined assets under management. At the time, Goldman Sachs saw that figure doubling by 2020 due to rapid adoption of ETFs and similar products by “registered investment advisors (RIAs), the roll-over of 401(k) into IRAs, increasing use of auto-allocation products, regulatory push into lower-cost products, geographic expansion, and innovation.”

As you can imagine, a growth market like that tends to attract a variety of wannabe participants, some of whom will be the real deal, while others will be contenders and some will be pretenders. Anyone who has looked at the cybersecurity industry is familiar with the PureFunds ISE Cyber Security ETF that trades under the “HACK” ticker. Assets in this particular ETF, which launched almost a year ago, climbed to $1.2 billion in early July and currently sit at $1.1 billion, according to ETFU.com. It’s clearly a real deal ETF — and one that we hold in my ETF-focused trading service, Power ETF Trader, which combines shares of ETFs with call options — a rather unique strategy, if I do say so myself, that combines the diversification and other benefits of ETFs with call options to target outsized returns. For example, last February I recommended subscribers buy Health Care Select Sector SPDR ETF (XLV) shares and the XLV June $70 call options. We exited the calls 42 days later with a 96% return and held the shares until August with a return of nearly 5%.

Exclusive  Profit From Volatility With This Fund

Looking to replicate the success of HACK’s asset gathering, we’ve seen more than 200 new ETFs launch during the first nine months of 2015, with 30 new exchange-traded securities launching in September 2015 alone. It hasn’t been peaches and cream for the entire industry, as we’ve seen almost 90 closures during the first three quarters of 2015. Exiting September, there were 1,787 exchange-traded products.

Despite a crowded exchange-traded market, there are new strategies being brought to market. Candidly, some of them seem rather gimmicky. While there are some that already track social media stocks, such as the Global X Social Media ETF (SOCL) that counts Facebook (FB), Tencent Holdings (TCEHY), LinkedIn (LNKD), Alphabet (GOOGL) and Pandora Media (P) among its top holdings, there could soon be an ETF that uses social media as its strategic differentiator. It appears that Market Prophit, the company behind the Market Prophit Social Media Sentiment Index, a long/short smart-beta-style index that aims to capture sentiment factors on Twitter, is in discussions with a variety of ETF issuers to make an ETF out of its index. The Market Prophit Social Media Sentiment Index holds the 25 most-tweeted-about stocks and is reconstituted quarterly but rebalances daily. Each stock’s daily tweets are analyzed by an algorithm to determine whether the sentiment is positive or negative, and the index will then be long or short, based on daily sentiment from the Twitterverse.

While this strategy seems to harness the “wisdom of crowds” that was popularized in the book by James Surowiecki, one has to wonder about the potential noise to be had on Twitter, particularly as investors look to “talk their book” should they be long or short a particular stock that finds its way onto the Market Prophit Social Media Sentiment Index. This could be one to watch, but I would rather look for those ETFs that that have a PowerTrend tailwind behind them, just like the Safety & Security PowerTrend behind my recommendation of PureFunds ISE Cyber Security ETF shares.

In case you missed it, I encourage you to read my e-letter column from last week about the importance of a company’s margin figures. I also invite you to comment in the space provided below my commentary.

previous article
A Reprise of the 2011 Sell-Off?
next article
History Shows the Stock Market Bears are Wrong

Seeking Solace in a Covered-Call ETF

Enjoy Big Rewards with Low Risk Through This Fund

Invest in the Best with This Mega-Cap ETF

Drilling for an Oil and Gas ETF