Investors Can Still Make Profitable Picks in This Challenging Market 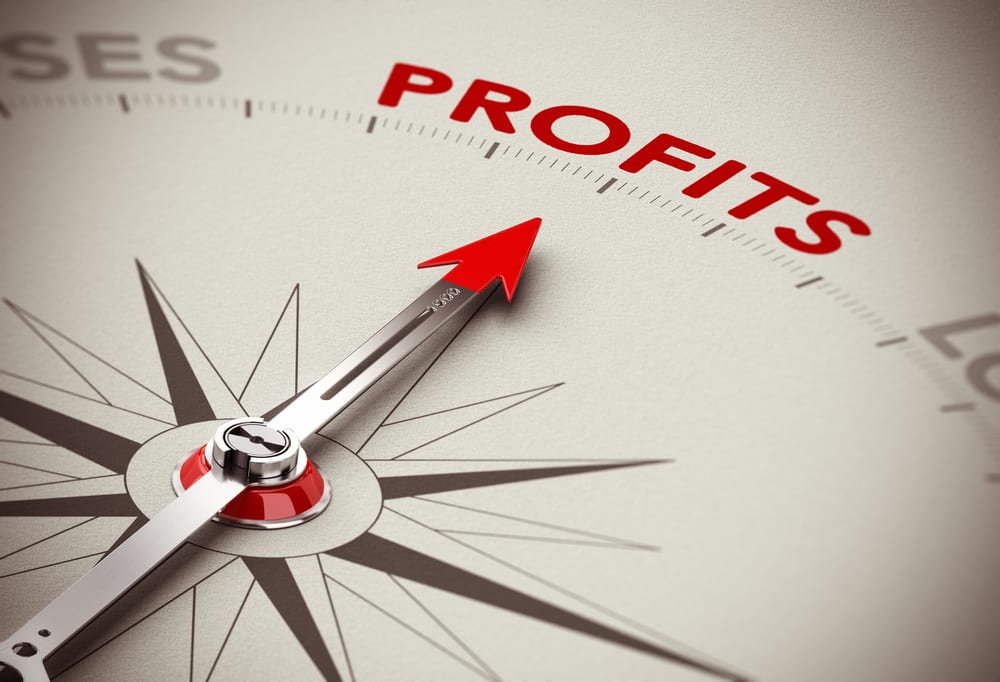 The stock market thus far in 2016 has been a challenge given the wide swings that we’ve seen in all the major stock indices during the last several weeks. That volatility tends to put a sour taste in investors’ mouths. With CNN reporting that 93% of investors lost money in January, I suspect sales of Pepto-Bismol have been taking off — a good thing for Procter & Gamble (PG).

Beneath those market swings, we’re awash in economic data pointing to a slowing global economy. With central bankers poised to do more to revive the ailing patient that is the global economy, U.S. companies will probably continue to face currency headwinds, as well as slowing demand. It is not a combination that points to growth and rising profitability.

The wide-brush view says we’re poised to see more disappointing outlooks like the ones from Apple (AAPL), Boeing (BA), United Rentals (URI), Yahoo (YHOO) and other companies that have already reported their quarterly earnings. Per FactSet, 40% of the companies in the S&P 500 reported earnings heading into this week for 4Q 2015 with the blended earnings decline clocking in at -5.8% vs. the forecast of -5.0% on December 31, 2015. As these earnings reports and outlook revisions have been digested, 2016 earnings expectations slid from $130.55 per share in early October 2015 to the current $123.32 per share, which equates to 4.8% growth vs. 2015 earnings for the S&P 500 group of companies. That’s less than half of the forecasted earnings growth rate just four months ago!

Investors are always looking for ports in a storm during times such as this one. Subscribers to my Power Options Trader service certainly made a killing on my last recommendation to buy the PPL Corp. (PPL) February $35 calls at $0.28 on Jan. 19. After those calls rose to $0.75 earlier this week, I recommended that my subscribers ring the register on that trade to book a hefty 160% return in the process.

Stepping back, there are companies that have been dealing with company-specific events that have weighed on their respective stock prices. Once that event, sometimes called the overhang to use the lexicon of the professional investor, is removed, the shares tend to trend higher. While there can be several different reasons for that overhang to exist, one of the more common is some degree of uncertainty.

One example is seen in shares of Chipotle Mexican Grill (NYSE: CMG), which have been battered over the last few months following a rash of E. coli breakouts. Along the way, the management team has tried to get ahead of this, vowing to significantly upgrade its food safety complete with new protocols. Yesterday, the Centers for Disease Control and Prevention (CDC) reported that two E. coli outbreaks at the company appear to be over and that the agency was closing the investigation even though it was unable to determine a food or ingredient responsible for the contamination. With that investigation ending, Chipotle shares climbed 4.5% this past Monday.

The next question is: exactly how did Chipotle’s business fare during the last few months of 2015? As we learned last night, the company’s bottom line for the December quarter wasn’t as bad as had been feared. Much like Apple (AAPL), Boeing (BA) and others, however, Chipotle’s guidance was far below what Wall Street was looking for and this sent the shares tumbling in after-market trading.

What did Chipotle’s management say? On its earnings conference call, a must-listen event for anyone sniffing around a potential investment, the company’s leaders warned that 2016 “will be a very difficult year,” and said its current-quarter earnings would be roughly breakeven, well below the $2.08 per share in earnings Wall Street had been forecasting. One of the culprits was the continued fall-off in consumer visits as January same-store sales crashed 36%. It will take some time for consumers to return to the Chipotle fold, but I’ve already noticed the lines are getting longer lately at its locations that I’ve seen. Now that the CDC has announced it will lift the veil of uncertainty and concern, and following CMG shares getting hammered on that guidance, it would seem most if not all the bad news is priced into the shares. I know I’ll be taking another look for my Growth & Dividend Report subscribers.

Another example can be found in shares of Herbalife, a “a global nutrition company that develops and sells weight management, healthy meals and snacks, sports and fitness, energy and targeted nutritional products, as well as personal care products.” While there are those who are familiar with the company’s products, there are others who are aware of the company because of allegations brought by investor Bill Ackman of Pershing Square Capital that purported Herbalife was a fraudulent business model otherwise known as a pyramid scheme.  Putting his money where his mouth was, Ackman amassed a short position in Herbalife shares to the tune of $1 billion over the last few years. In a shareholder letter dated December 15, 2015, Pershing Square said it stood by its thesis “that Herbalife will ultimately be subject to regulatory action or will collapse because of fundamental deterioration in its business which relies on the continual recruitment of new victims.”

After two years of investigation, it recently was reported by The Wall Street Journal that probes by the FBI and the U.S. attorney’s office failed to find sufficient evidence of criminal wrongdoing within Herbalife. On that news, Herbalife shares climbed more than 3.5%. Ackman, however, “stands by his allegations that Herbalife is a pyramid scheme.” Interestingly enough, there was no mention of Herbalife in the Pershing Square shareholder letter dated January 26, 2016, which reviewed the firm’s 2015 performance. In the letter, Ackman conceded shortcomings that led to the worst “performance year in history.” He added that making investment decisions confidently without access to “perfect information” must be “carefully balanced by the humility to recognize when you are wrong.” One has to wonder if Ackman is open to following his own advice with respect to Herbalife shares following the called-off investigations. The Wall Street Journal added that the investigation could be rekindled if new evidence comes to light, and also reminded investors the Federal Trade Commission is still investigating Herbalife’s business model, and the Securities and Exchange Commission has been probing both Herbalife and Mr. Ackman’s bets against the company.

Both Chipotle and Herbalife are companies that can bounce back. Chipotle can rebound from a cloud hanging over the head of the company for a long time because of the fear of E. coli.  Herbalife, which has fought against an army of lobbyists, public relations specialists and even members of Congress doing Ackman’s bidding, finally can be free of the threat of a hedge fund billionaire who is trying to talk down the company’s business model to profit personally on a short position.

In case you missed it, I encourage you to read my e-letter column from last week about how corporate earnings can be useful to investors. I also invite you to comment in the space provided below my commentary.

Global stock markets were broadly flat over the past week, with the Dow Jones down 0.08%, the S&P 500 treading water and falling 0.03% and the NASDAQ pulling back 1.11%. The MCSI Emerging Markets Index rose 0.17%. Big gainers in your Alpha Investor Letter portfolio included PayPal Holdings (PYPL), which rocketed 15.20%; Google Inc. (GOOGL), which jumped 6.42%; and the iShares MSCI Philippines (EPHE), which added 2.24%. Both