ETFs and the Music of the Markets, Part III 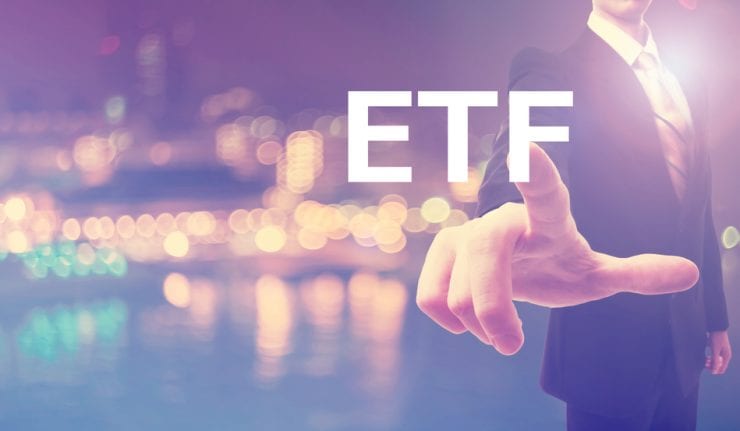 I love music, and I love exchange-traded funds (ETFs). Both allow us to hear the “music of the markets” play out in real time.

In the third and final installment of our series, ETFs & the Music of the Markets, we look at the tune being played in two sectors leading the market rally… semiconductor ETFs and large-cap internet ETFs. Since the election, one of the key drivers of this market rally has been momentum.

In the market version of Newton’s first law of motion, a market in motion to the upside tends to stay in motion… that is, until the market leadership falters. Given this market law of motion, it behooves us to listen to the music of the markets by listening to the action in top-performing market sector ETFs.

Two of the best performers over the past eight months are semiconductor stocks and large-cap internet stocks. The ETFs pegged to these respective spaces are the iShares PHLX Semiconductor (SOXX) and the First Trust Dow Jones Internet ETF (FDN).

A big part of my job as your Weekly ETF Report and Successful ETF Investing editor is to look at sector trading every single day, because every significant market rally is driven by a few leadership sectors capturing the bulk of the “smart money.”

Yet when these leadership sectors falter, that usually implies an impending loss of momentum… and a potentially sharp pullback in the wider markets.

Since late 2016, semiconductors have been the biggest leadership sector in the markets. They rallied big during the fourth quarter 2016, and they are up big so far in 2017 (SOXX up 19.8%).

And while other sector leadership shifted from late 2016 and early 2017 (small caps to utilities and consumer staples) semiconductors have continued to ring out the bullish notes. As for large-cap internet stocks, it’s no surprise that nearly half of the 2017 S&P 500 rally can be attributed to just a handful of stocks: AAPL, AMZN, MSFT, FB and GOOGL. And, it’s not a coincidence that those stocks are heavily weighted in the super-cap Internet ETF FDN. Interestingly, the sell-off in both SOXX and FDN on Friday, June 9, was the first real sign that these two market leaders were capable of hitting a wrong note.

Since then, both have resumed their upward trajectory, and both have mostly recovered from that tough, one-day sell-off. Yet it’s important to listen and watch the action in these two key sector ETFs, as another serious breakdown will imply a loss of momentum.

For now, the uptrends in SOXX and FDN remain intact, but I’ll be listening carefully for notes indicating the bullish song is over.

And if and when I hear it, you’ll be the first to hear it from me!

From the desk of publisher Roger Michalski: We’re thrilled to announce the launch of our new Stock Investor YouTube channel, featuring videos from our team of financial experts. Our latest video is from Mike Turner, and it’s called: “A High-Probability Way To Predict the Price of an Investment 90 Days Out.” I encourage everyone to check it out today. And, if you find these videos helpful, please let us know by selecting the “like” button.

“Big data” is a recent concept that refers to extremely large data sets that may be analyzed by computers to reveal important patterns and trends. The concept is widely applied in fields associated with human behavior and interactions.
Some experts estimate that by 2019, big data will drive $48.6 billion in annual spending worldwide. That dollar total would be 44 times the 2009 figure.

Big data is an area of analytics that has potential to play a much more significant role down the road. To put things in perspective, according to a 2013 report by SINTEF, a large independent research organization in Norway, 90% of all the data in the world has been generated over the last two years. Furthermore, IBM estimates that 2.5 quintillion bytes of data now are created each day.

Exclusive  Kicking Back and Profiting from Leisure and Entertainment

With just $4.02 million in total assets under management, BIGD has been a fairly quiet and small ETF compared to many other technology funds currently on the market. In fact, you may have heard of its sister fund, HACK, which is a bigger ETF focused on companies in the cyber security field.

BIGD was launched in July 2015 with the aim of tracking equities that provide software and services related to big data. The fund’s market value has increased by 7.31% since inception, and year to date it has generated a return of 15.74% to beat the S&P 500’s 9.16%. The fund has an expense ratio of 0.75%. Currently, BIGD only has 35 holdings in its portfolio and is roughly evenly divided so that each holding composes around 3% of the overall weight. The fund generally steers clear of investing in giant tech firms like Apple and Microsoft and instead concentrates on smaller data-centric firms.

One of the biggest mistakes investors make, especially during bull markets hitting all-time highs, is to become overconfident.

This mistake has many pitfalls, including thinking you’re smarter than the markets, and failing to see that a decision you’ve made might not be correct.

Avoiding this negative influence on your investing results is the subject of an article in U.S. News & World Report titled, “The Dangers of Being an Overconfident Investor.”

I point out this article not just because it’s a very good read, and has very helpful hints on avoiding overconfidence. It does. I point the article out because I am quoted extensively in it, offering up my thoughts on getting past the all-too-human tendency to allow yourself to be overconfident.

If you’ve ever experienced a market loss due to overconfidence, or if you just want to avoid ever doing so, this article is a must.

On Trying to Leave Something Behind

Oh money is free but love costs more than our bread
And the ceiling is hard to reach
When my son is a man, he will know what I meant
I was just trying to leave something behind

I was just trying to leave something behind

— Sean Rowe, “To Leave Something Behind”

Every once in a while, a song comes around that grabs your soul and takes hold with a death grip. That’s what happened recently when I heard “To Leave Something Behind,” by singer/songwriter Sean Rowe. The song, which is featured in the film, “The Accountant,” not only is hauntingly beautiful, it’s profound in its lyrical content.

You see, most of us are living life in the hopes of making our mark, and leaving something behind for the next generation. We do that largely through productive achievement, and by passing our values down to those we teach. We also do that with the fruits of our labor, i.e. the money that we earn, save and invest wisely. If you want “to leave something behind,” it’s important you learn to do these things. And, when it comes to investing, that’s where we can help.

In case you missed it, I encourage you to read my e-letter article from last week, which features part II of this article.

I. Conservative Recommendation Costco Wholesale (COST) A recommendation in Smart Money Masters, Costco is Charlie Munger’s favorite stock and it tumbled 9.76% over the past week on news that Amazon.com is taking over Whole Foods. Both Goldman Sachs and Deutsche Bank (DB) downgraded Costco, saying the competitive advantage from its food business is at risk due to Amazon. DB reduced its price target for the company to $172 from $187. Not everyone on