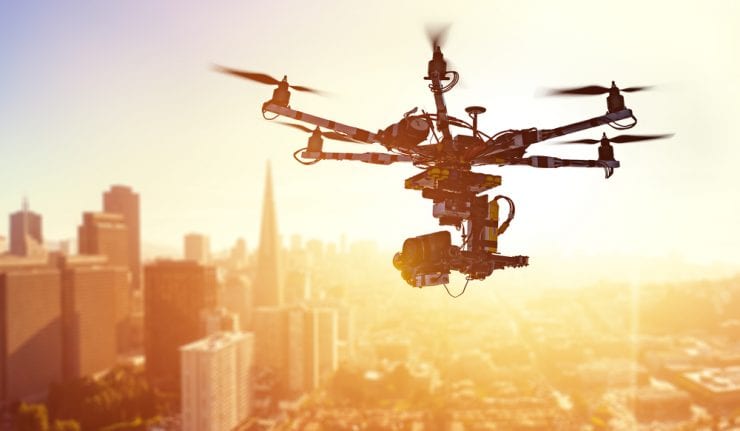 IFLY invests in global equities related to the drone industry, including manufacturers and suppliers. Drone technology has risen to the forefront of public awareness in the last few years.

Although the first drone was built and used as early as 2002 by the CIA, the entire industry has been relatively unknown to the public. Even since the beginning of drone usage, they have largely been the stuff of science fiction. News coverage on drones predominantly has been on recreational use by consumers and enthusiasts.

As drone technology enters a cycle of ballooning growth, it is finding applications across many industries such as agriculture, construction and utilities for purposes that were nearly unimaginable 10 years ago. In the construction industry, for example, the current value of labor and services provided by drones is estimated to be $127.3 billion.

To help you get an idea of the big names that are actively participating in the drone business, here are some noteworthy events that took place this year: Qualcomm’s launch of the Snapdragon Flight Drone; Google’s plan to use solar-powered drones to spread Wi-Fi; and Amazon’s plan to use drones to speed up delivery of consumer packages.

As a new and attractive industry, drones also have some weaknesses, including a lack of thorough regulation and big players to push the industry forward. It will become easier to predict the industry’s movements once these weaknesses are addressed, at least to some extent.

IFLY has $15.41 million in total assets under management, with roughly 53% invested in U.S. companies and 42% in a variety of European and Asian companies. IFLY itself has stated that it has a global scope and considers all areas of investing, including emerging markets, to be fair game. Although this means that it falls below my recommended threshold for investment, the fund’s interesting strategy is nonetheless worth bringing to your attention. 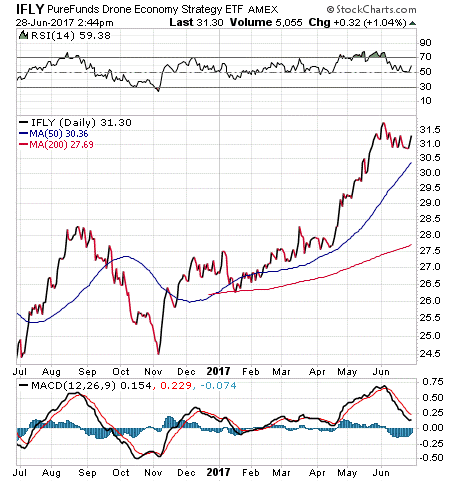 If you believe in the expanding applications of drones in the future, I encourage you to look into PureFunds Drone Economy Strategy ETF (IFLY).