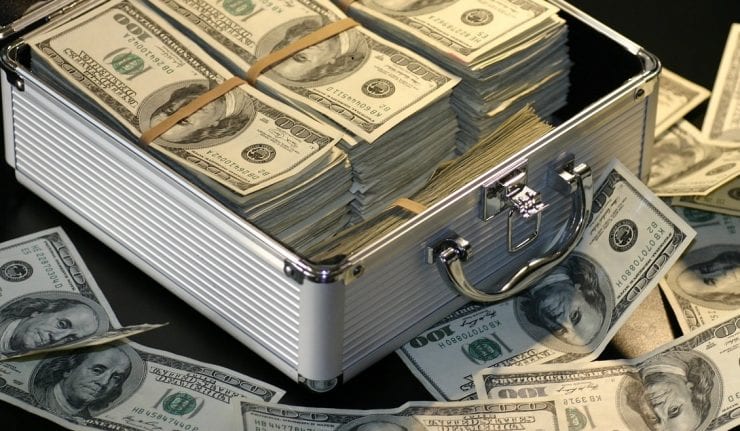 “The state that emerges at the end of history is liberal insofar as it recognizes and protects through a system of a law man’s universal right to freedom, and democratic insofar as it exists only with the consent of the governed.”

Today commemorates the collapse of the Berlin Wall on November 9, 1989.

That day was, as Francis Fukuyama declared, “the End of History,” when the romantic idea of socialist central planning died. It was “the triumph of the West” and the “total exhaustion of viable systematic alternatives to Western liberalism.”

Socialist writer Robert Heilbroner said it best in his 1989 essay, “The Triumph of Capitalism,” published in The New Yorker. “The capitalist-socialist debate is over. Capitalism has won. Mises [Ludwig von Mises, the great Austrian economist] was right.” I tell the whole story in chapter 16 of my book, “The Making of Modern Economics.” 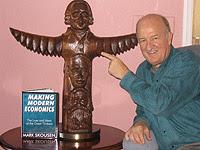 Your editor pointing to Adam Smith, whose “system of natural liberty” triumphed over Keynes and Marx.

My book is the alternative history to Heilbroner’s “The Worldly Philosophers.” His favorite economists are Marx, Keynes and Veblen. Mine are Adam Smith, Say, Hayek and Friedman. Click here to order.

A few weeks ago, I wrote about the 100th anniversary of the Bolshevik Revolution and the rise of Marxist Communism, what Professor Richard Ebeling calls “Disaster in Red.”  He wrote:

“Marxist Communism ushered in an epoch of totalitarian tyranny and mass murder both in Russia and in every other country where socialism was put into practice. Historians estimate that as many as 150 million people, if not more – innocent men, women and children – were killed in the name of building the collectivist utopia. They were shot, tortured, worked or starved to death in prison cells, in interrogation rooms, in labor camps, or just in the places where they lived. ‘Socialism-in-practice’ created a chamber of horrors in which the individual was reduced to a mere expendable ‘cog in the wheel’ to serve the collective good, or made into ‘enemies of the people’ to be eliminated as the prelude to building the “bright, beautiful communist future.”

I highly recommend you read his entire essay here.

For developing countries, the end of the lure of communism meant economic liberation — emerging markets and Third World countries stopped nationalizing industries, privatized government-run businesses and encouraged foreign investment. Their stock markets boomed. The Templeton Emerging Markets Fund (EMF), managed ably by Mark Mobius since 1987, has an annualized return, including substantial dividends and distributions, of 11.7%. I doubt that would have been possible without the advances in emerging markets since the Soviet central planning model was abandoned.

Of course, there always are a few leaders who don’t understand that the future belongs to democratic capitalism. The latest example is the Marxist communists now in charge of Venezuela. They have managed to take a country with oil reserves larger than Saudi Arabia’s and default on their loans! They are starving their people and denying them the basic rights of life, liberty and the pursuit of happiness. I doubt if very many developing countries will want to follow their example.

You Blew It! Expletive Deleted — Not!

It is a sign of the times — a clear indicator of the decline in our culture. Of course, I could be referring to Donald Trump and his childish tantrums on Twitter. Actually, I’m referring to more and more books with vulgar words in their titles. It started with the S-word but now has become more brazen with the F-word.

I’ve seen these F books prominently displayed at Barnes & Noble. I’ve complained to the management, but it doesn’t do any good. People actually buy these books. I’m not sure if these buyers are capable of reading, but the popularity of these books suggests that culturally we are in big trouble. Sadly, the use of foul language is a trend everywhere – including the increasing use of “potty” and sexually explicit language in our daily conversation, the books and magazines we read, the movies we watch, the Broadway plays we attend, the T-shirts we wear and now book titles. Profanity, swearing and vulgarities used to be limited to low-class blue-collar workers and athletes, but now it’s a red badge of honor among the college-educated and especially the Wall Street crowd. Everyone is doing it, right? I used to play basketball at the local YMCA in New York, but the language was so bad, I had to quit and go elsewhere. I now play with some church friends and it’s refreshing not to hear the obscenities.

It has come to the point where people don’t even notice their obscenities. It seems to have become part of the common language. Even the Economist now allows it. It won’t be long before people won’t understand when someone complains, “Watch your language!”

Fortunately, there’s one exception. I’m still amazed that Sports Illustrated, famous for its almost nude photos in its annual swimsuit issue, has a policy of putting —- in for the foul words used by athletes. Civil discourse still exists in this country!

There was a time a few years back when grocery store owners covered salacious magazines because of customer complaints. I hope Barnes & Noble will do the same for its vulgar book titles.

We’ve come a long way in society, fighting racism, discrimination and intolerance. Our economy has advanced in our standard of living. But our language is an exception. We are headed into a cultural dark age.

Orlando MoneyShow, February 8-11, 2018: I’m delighted to return to the Orlando MoneyShow, where I will be giving a new presentation on “ETFs vs. Mutual Funds, Why You Need Both! (Plus, My Five Favorites).”  I’ll also be doing an encore of the “great debate” with Mike Turner on “The Economics Professor vs. the Mathematician: Buy-and-Hold vs. Market Timing.” Plus, I am on a luncheon panel to pick the next big winners with Bart DiLiddo, John Dobosz, Cody Willard and Kelley Wright. To sign up for your complimentary tickets, go to Skousen.OrlandoMoneyShow.com.