No one doubts that the current effort to reform the tax code is a highly fluid situation that will eventually find passage before the 2018 mid-term elections come around.

The question that hangs over investors and the market is what final form it will take and, more importantly, how will it impact the bulk of investment-related income through dividends and interest. Trimming the tax burden on businesses and individuals has long been a Republican goal. With unified control of the White House and both chambers of Congress, the GOP aims to pass a tax reform plan this year, despite lingering challenges.

But the devil remains in the details and the latest version of tax reform making its way through the Senate reveals serious issues facing GOP lawmakers. These include large budget deficits generated by the deep cuts, opposition from blue-state House Republicans regarding the elimination of certain deductions and backlash from Democrats who say the proposals will not go far enough to help middle-class workers.

Instead of trying to speculate about what new changes may take root in a final version that stands to pass in both the House and the Senate, it might prove more constructive to consider what likely won’t change if this legislation passes and work forward from there. Understanding where there is common ground between establishment Republicans and fiscal conservative Republicans is a good starting point. Without some agreement between the two factions, there will be no simple majority vote.

The bill makes no changes to long-term capital gains tax rates, which also apply to qualified dividends. These rates currently are 0% for taxpayers in the two lowest tax brackets, 15% for the next four brackets and 20% for taxpayers in the highest tax bracket. This proposal keeps the same income thresholds in place that apply to these rates now. In addition, and to the great dismay of the Trump base of voters who were handed another two years of Obamacare, since the additional 3.8% net investment income tax on high earners is part of the Affordable Care Act, it isn’t going anywhere.

Also, retirement savings tax breaks aren’t changing at all. Although lawmakers had considered reducing the maximum amounts you could contribute annually to a 401(k), IRA or other tax-advantaged retirement plan, such cuts were left out of this proposal. Finally, short-term capital gains and interest income still would be taxed at your ordinary income rate. While the way short-term gains and interest income are taxed wouldn’t change, your rates could. For example, if you’re currently in the 15% tax bracket and would be in the 12% tax bracket under the proposed plan, your interest income would be taxed at your new, lower rate.

Tax Reform: Rearranging the Deck Chairs on the Titanic

The part of this grand tax makeover that truly makes me question the wisdom, or lack thereof, in this whole scheme is the ballooning of federal debt in the early years of the plan that supposedly will drive up the economy’s growth rate and yield massive tax revenues in the out years of a ten-year blueprint, as submitted to the Congressional Budget Office for its analysis and ultimate blessing. While tax reform is a vital part of any economic growth strategy, so is bringing the national debt under control. Tax reform should contribute to, not detract from, efforts to put the debt on a more sustainable path relative to the economy.

As a share of the economy, debt held by the public is currently 77% of Gross Domestic Product (GDP), which is higher than it has been since the end of World War II and nearly twice the average of the last half-century. On its current path, debt will exceed the size of the economy by 2033 and top 150% of GDP by 2047. High and rising debt threatens economic and wage growth, the government’s ability to respond to new challenges and the nation’s fiscal sustainability. Policymakers need to reduce the debt, not add to it. This feature is sorely missing in all the current tax reform proposals. 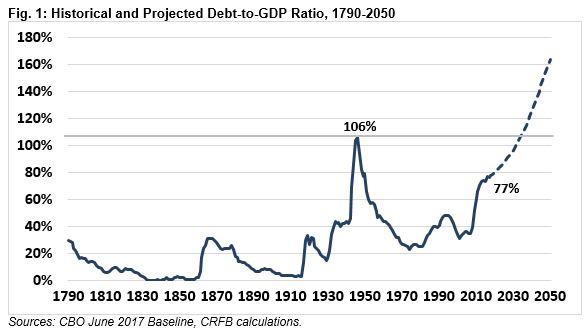 According to the Committee for a Responsible Federal Budget report (Tax Reform Should Not Add to the Debt — August 30 ,2017), while well-designed tax cuts can promote economic growth to spur more revenue, there is no realistic scenario where this “dynamic revenue” will be as large as the initial tax cut. For a tax cut to pay for itself, it would need to grow the economy about $4 to $6 for every dollar of revenue loss. There is no historical case of a tax cut achieving this goal.

Economic analysis has shown that tax cuts only can pay for themselves when the top federal rate is much higher than it is today — many economists believe the top rate would need to be above 60 percent. At best, the dynamic revenues from growth could pay for a fraction of the tax cut’s cost. Given our fiscal situation, tax cuts should be fully paid for without dynamic revenue so that the gains from economic growth can be used to address our mounting debt.

The assumption that this Congress or the next Congress elected in 2018 is going to embark on a future fiscal federal spending plan is pure fantasy. But without spending cuts that coincide with the projected tax cuts, the amount of spending cuts needed to avoid fiscal calamity in the out years balloons. 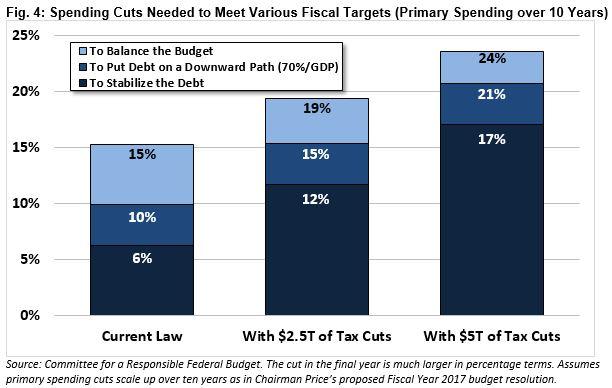 The current tax reform movement could turn into a rearranging of the deck chairs on the Titanic, since the middle class may see a modest $500 net change in savings per year, while the national debt would widen by at least $1.5 trillion over the next 10 years before including the threat of future inflation that is just now showing signs of ticking higher. From the chart below, headline inflation risk is at the doorstep of becoming a major talking point for the markets and for future Fed policy. 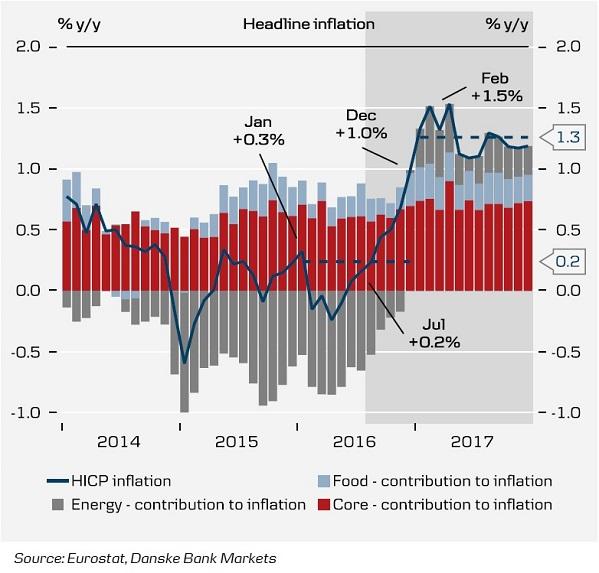 The urgency to pass tax reform for political reasons doesn’t begin to take into account the long-term implications if the consequences of such actions aren’t well thought out and weighed against a responsible cost-benefit analysis. Like with Obamacare, hastiness took over and we were left with no change in a failing health care system. Let’s hope Congress learned something from that exercise and does not pass tax reform just to claim it did something. 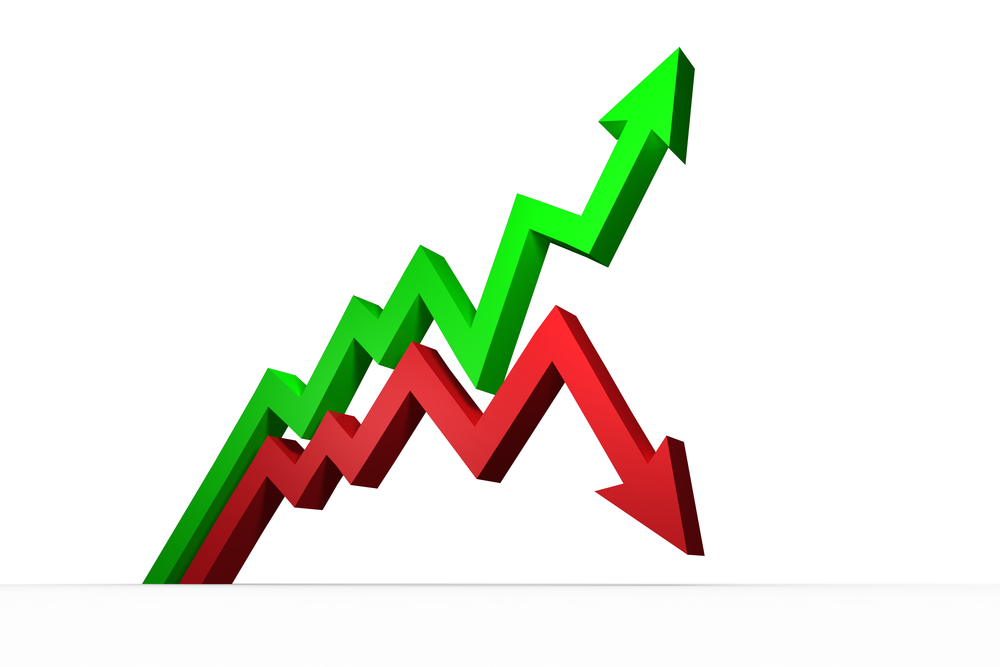 Is Wall Street another Las Vegas?

Economist Dr. Mark Skousen explores the treatment of stocks as gambles and discusses the latest edition of his textbook, "Economic Logic."