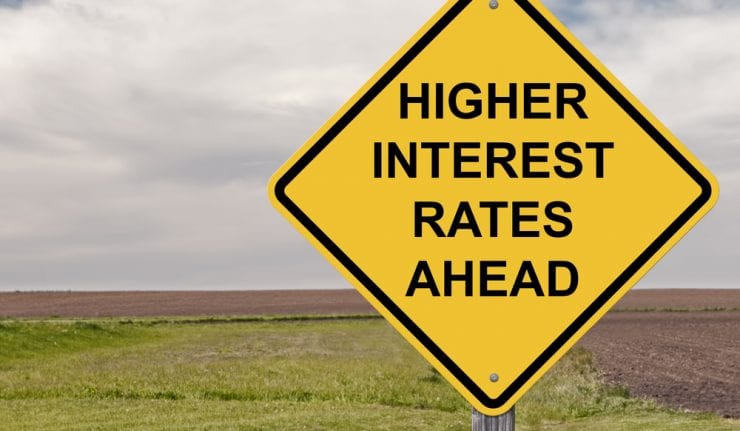 In addition, FLTR is more tilted towards debt with lower credit ratings by design and many of its bonds are often in the BBB to A- investment-grade range. But that additional credit risk is somewhat mitigated by higher yield to maturity (YTM).

In contrast to its peers like SPDR Barclays Capital Investment Grade Floating Rate ETF (FLRN) and iShares Floating Rate Bond ETF (FLOT) (both of which were covered in previous ETF Talks), FLTR is much smaller, with only $620 million in assets under management. Morningstar classifies FLTR as an Ultrashort Bond because it almost exclusively holds bonds with a duration of less than one year. AA, A and BBB bond ratings comprise 98.82% of this ETF.

FLTR was described as an effective investment in September when the Fed began talking about raising interest rates. As we saw, the Fed had increased the federal funds rate from 2% to 2.25% at the end of September and very likely will increase it again it to 2.5% in December.

With that said, investing in FLTR could be yet another effective investment to counter the Fed when it raises interest rates. Bond investors ought to consider incorporating fixed income ETFs like these in their portfolios.

Yields on floating-rate notes are comparable to fixed-rate, short-term bond yields, but with much lower interest-rate duration. In addition, floating rate note coupons reset quarterly, adjusting automatically with rates while maintaining a near-zero duration profile, according to VanEck.

The fund has a 2.14% one-year total return. FLTR has a relatively low expense ratio of just 0.14% and pays a monthly distribution. FLTR nearly doubled its distribution from 2017 to 2018. Its last distribution was paid out on Oct. 31 in the amount of $0.0583 and its next distribution date is on Nov. 30. 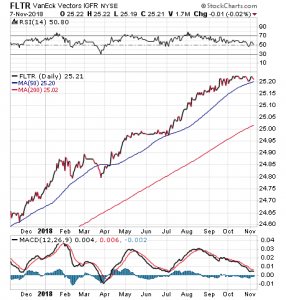 previous article
Why Gridlock is Good for Wall Street
next article
The FANG Stocks Have Fractured, But Growth Rolls on Elsewhere