Who Sold in May With So Much Cash on the Sidelines? 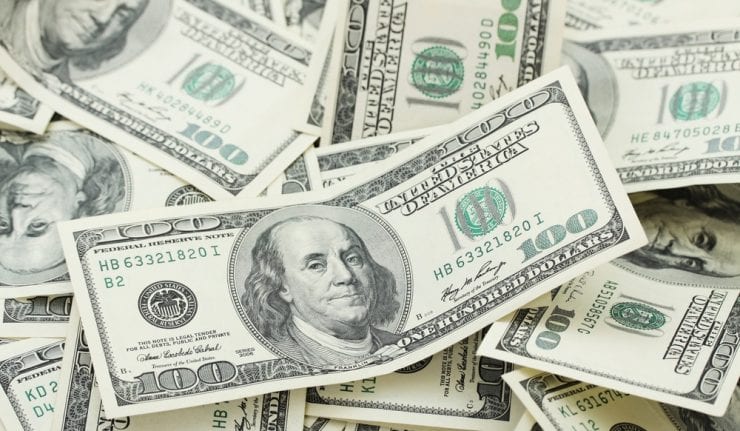 I spend a lot of time comparing notes with other Wall Street strategists. We’re all obsessed with diagnosing what’s happened in the market in order to anticipate where we want to go.

The best ones agree with me: if you’re already in U.S. stocks, you’re in the right place. There’s zero reason to sell right now.

After all, if you didn’t sell in February, the world no longer looks nearly as bleak. We’re three months closer to coming out on the other side of the COVID-19 crisis.

Vast sections of the country are only in the earliest stages of reopening. Job losses are slowing as more people are getting back to work.

Who Sold in May After Retail Sales Bottomed in April?

As far as I can see, retail sales bottomed out in April and are already on the road to recovery. You don’t sell the recovery. At worst, you hold on.

Smart people have been buying the dip. April was one of the best months in Wall Street history, and May wasn’t bad either.

If you sold in May, you missed a lot of fun. And now that opportunities to trade in May are over, June looks extremely promising.

Dry Powder on the Sidelines

COVID-19 didn’t destroy the global economy. U.S. companies collectively took in more money in the first quarter than they did previously, which is a long way from the total zero-revenue catastrophe that some people predicted.

Let’s take a moment to reflect on that detail. While the pulse of growth wasn’t evenly distributed, there was enough of it to balance truly dismal numbers from airlines, hotels, mall-only retailers and other stocks at the center of the storm.

Admittedly, operating under these conditions was expensive. Profitability took a big step back and is unlikely to start rebounding until early next year.

Who Sold in May, When Big Profits May Not Be Far Away?

But investors don’t mind. We’re willing to wait another six to nine months for the numbers to start moving in the right direction again.

And if you aren’t willing to wait, there’s no real reason for you to be in stocks at all. That’s all right. Where are you instead? What is your route to building wealth and protecting what you already have?

Sure, money is safe in the bank… unless the Fed needs to print so much cash that the buying power of every dollar deposited starts to erode.

Zero-interest rates are the natural enemy of passive savers. You’re lucky to earn 1.3% in a top-rated savings account these days, barely 1% above persistent inflation.

If inflation accelerates, you’re locking in a long-term loss. Treasury debt is even worse. Everyone owning any government securities maturing before 2025 is going to end up with less than what they started with once inflation settles the accounts.

Who Sold in May, With Money Waiting to Be Put Into Play?

And that’s the heart of my argument. A staggering $4.8 trillion is currently parked in a combination of short-term Treasury bills and other money market investments that translate to “cash.”

Cash hates being sidelined. Money wants to get back to work. Sooner or later, a big piece of that $4.8 trillion is going to come back to stocks to seek real returns.

I wouldn’t be surprised if we see as much as $1 trillion flood Wall Street in the next six months. That’s easily enough to float the S&P 500 back to February levels, even if the companies behind the stocks do no work on their own to justify it.

All we need is for nervous investors to realize that the worst is over. They aren’t doing themselves any favors, especially when the Fed makes it very difficult to settle for near-zero or even negative real returns.

Maybe a lot more than $1 trillion is in play here. These are the investors susceptible to swings in sentiment. When the market crumpled, they flinched.

The Fed can deploy a lot more than $1 trillion without blinking. Every time the Fed moves to support an area of the market like municipal bonds or mortgage securities, the implied risk for investors goes down.

And when risk goes down, implied returns drop with it. My strategist friends don’t want to be in municipal bonds or mortgages while the Fed is in control because there just isn’t a lot of opportunity to make real money there now.

You won’t lose money, but you won’t make money either. We like to make money. What about you?

We talk about the Fed, inflation and the global investment environment every week on my Millionaire Maker radio show. If you haven’t been listening, you might’ve found yourself trapped on the sidelines and watching while U.S. stocks staged their biggest rally in ages. (Click here for recorded episodes and local stations.)

We also talk about innovative companies that have so much energy and creativity on their side that the COVID-19 outbreak was only a footnote in their growth curve.

I was just talking to a reporter about the latest numbers from Roku Inc. (NASDAQ:ROKU). The company derives 72% of its revenue and 93% of its profit from advertising and other services now.

Television advertising markets may never recover. Roku doesn’t mind. Despite all the disruption, advertising revenue is still up 73% from last year and only down 11% quarter to quarter.

That’s a truly vibrant business model. They are poised to take advantage of the new post-quarantine world. The future belongs to companies like this.

I could name endless others. Shopify Inc. (NYSE:SHOP) and Chewy Inc. (NYSE:CHWY) are transforming online retail, taking stocks like PayPal Holdings Inc. (NASDAQ:PYPL) along for the ride.

These aren’t airlines or old-school hotels. The virus didn’t hurt them. It only accelerated their leap to glory. Shareholders are cheering now. And if you want to get ahead of the curve, GameChangers is the place to start.

Fred Donovan reveals and discusses 10 of the best cybersecurity stocks to buy right now as a result of the COVID-19 epidemic.