Are You Bullish or Bearish on America and Wall Street? 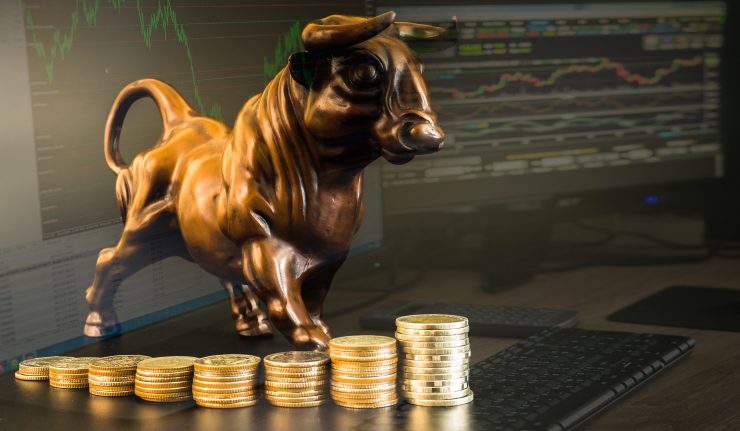 “One nation under God, indivisible, with liberty and justice for all.” – Pledge of Allegiance

It is easy to be bearish on America, with all the shenanigans going on in Washington these days — wasteful deficit spending, widespread voting fraud, lockdowns, loss of liberties and the “cancel” culture.

Yet, Wall Street is hitting all-time highs, so there must be something good going on. And Forecasts & Strategies is beating the market!

He was upbeat even though his investment fund, Berkshire Hathaway, vastly underperformed the market last year (up only 2% compared to the S&P 500 index rising 18%).

There are some bright spots in today’s top news story.

Gov. Kristi Noem is a Hero

Governor Kristi Noem gave a heroic speech at CPAC Friday evening, Feb. 26, declaring, “South Dakota never ordered a single business or church to close” in 2020 (although she did close down schools until the fall). “We never mandated that people wear masks.” After providing the best information about the virus, she said, “I trusted the people to make the best decisions for themselves, their families and their communities.”

Noem said she was surprised that she was the only governor to oppose “the coercion, the force, the anti-liberty steps” to control the coronavirus. As a result, South Dakota has the lowest unemployment rate, 3%, in the country.

Good for her! We are looking forward to meeting Gov. Noem in person on July 21-24 in the opening ceremonies at the Rushmore Civic Center in Rapid City, South Dakota.

At the end of this Skousen CAFE, I have a special announcement about FreedomFest: Our keynote speaker will require two bodyguards! Plus, our private subscriber meeting at FreedomFest is almost sold out — see below how to sign up.

Tom Woods on the Two Visions of America

Last Tuesday evening, March 2, over 250 friends of liberty gathered at a local “speakeasy” restaurant in Southern California to hear economist and author Tom Woods and I talk about the uncertain future of freedom.

It was a standing-room-only crowd. The Tom Woods Show is a popular daily podcast that interviews a variety of guests, including me from time to time. He also is the author of 12 books, including “The Politically Incorrect Guide to American History.”

I invited him and his fiancé to California to speak candidly about our country, and he didn’t disappoint us. (He also will be a featured speaker at FreedomFest this year and will have his own Tom Woods Day! Not to be missed.) 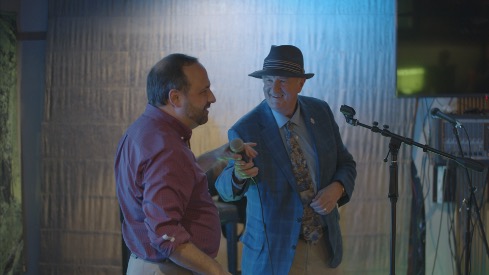 The Conflict of Visions Between the Authoritarians and the Libertarians

He spoke passionately about “COVID and Two Visions of America.” He began with a discussion of Professor Thomas Sowell’s 2007 book “A Conflict of Visions.” This book summarizes Sowell’s philosophy about politics.

Tom Woods asked the audience, “Why is it that those who favor lockdowns are also the ones who favor raising the minimum wage to $15 an hour?”

Governor Noem is in the libertarian camp. She and other government officials in South Dakota want to give you all the correct information about the virus, and then let you decide how to comport yourself, your businesses and your institutions.

Joseph Smith, the Mormon leader, said it best. When asked why the city of Nauvoo in Illinois was prospering, he responded, “We teach them correct principles and they govern themselves.”

We believe in persuasion, not force. Read the article here.

How to Become Unified as All Americans

I don’t think the divide is that great in America. I am in Milton Friedman’s camp. He argued that if the facts were presented in a fair and convincing way, most people would adopt the same policies. It is more a question of education and training rather than some kind of genetic division between Republicans and Democrats, or between liberals and conservatives.

Most people have the same goals, such as living a comfortable and profitable lifestyle, to help end poverty, social injustice, discrimination, gross inequality, crime and environmental pollution, while becoming more humane, educated and spiritual.

The real debate is how to accomplish these goals, not what the final goals are.

For example, Milton Friedman always argued that if people really understood that the real costs of a $15 minimum wage law, and how it actually hurts the poor more than helps them, they would not support it.

That’s why at FreedomFest, we always present both sides of the arguments in a civil manner. As Ben Franklin said, “By collision of different sentiments, sparks of truth strikeout, and political light is obtained.”

We are more interested in what is right than who is right. We focus on the best solutions, not winning a debate. 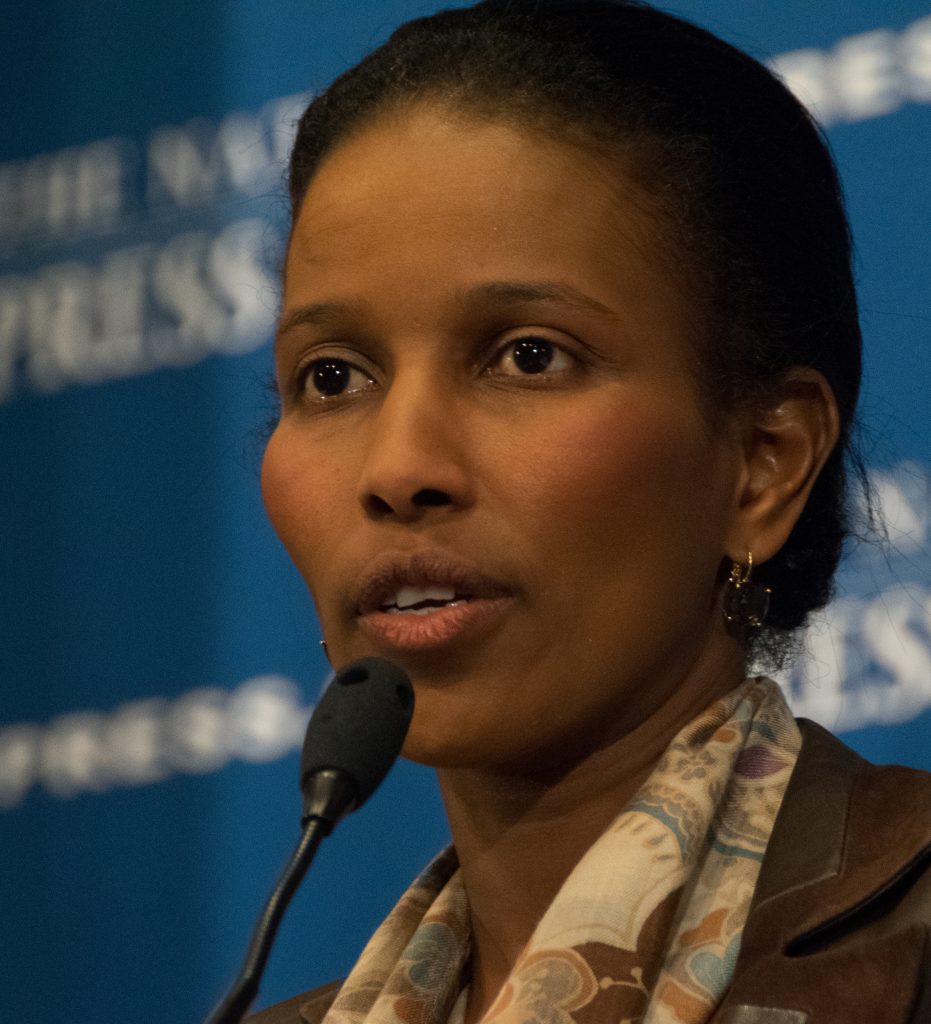 Prepare to be inspired, challenged and maybe even outraged by a woman who grew up in oppression but found the courage not only to free her own life but to challenge that oppression in full scale. Her pushback has made her the target of Islamic extremists, to the extent that she requires round-the-clock security. In her first appearance at FreedomFest, Ms. Ali will discuss her new book, “Prey,” and share with us the lessons she has learned about oppression, forced inequality and extremism, and how to combat them.

We also plan a full three-day investment conference, with a special “Bitcoin vs. gold” debate you won’t want to miss. Plus, the 10th anniversary of the Anthem film festival (expect to meet a major movie star, to be announced soon!).

We have nearly 1,200 attendees signed up already, with five months to go. Many people are making it a family vacation, to see Mount Rushmore and Deadwood. Three hotels have already sold out.

Our “early bird” discount ends this month on March 31. NOW is the time to register. The price is only $399 per person, $299 for each guest. Special discounts exist for students and young professionals.

Remember, subscribers to my newsletter get a 2021 American Eagle silver dollar and a signed copy of “The Maxims of Wall Street” at our special Eagle private meeting at FreedomFest. The room at the historic Alex Johnson Hotel (where Ronald Reagan and five other presidents have stayed) is limited to 150 subscribers). We’re almost sold out, so I urge you to sign up right away.

Don’t Give Away Free Books!

I’m not a fan of giving away books. Free books are seldom read.

I well remember Hans Sennholz, when he was president of the Foundation for Economic Education (FEE) in the 1990s and published tons of books to give to donors like myself, as well as important persons, for review.

I hardly ever read them, and discarded them after a while, or gave them to a library. When I became president of FEE in 2001, I noticed there were thousands of books stacked in the basement of the FEE mansion in Irvington-on-Hudson, New York.

This was a serious misuse of capital — what Ludwig von Mises (Han’s mentor) would call “malinvestment”! Think tanks send out free books all the time, which makes it appear that they are doing something good with donors’ money.

But if you charge for the books, only those who really want to read them are likely to buy them — and not let them gather dust on their bookshelves.

The Henry George Foundation used to give away thousands of copies of Henry George’s “Progress and Poverty” and then announced to the world that it was a bestseller and sold more copies than anything “except the Bible.”

The Ayn Rand Institute does the same. The group encourages donors to give money to fund the distribution of copies of “Atlas Shrugged” or “Capitalism, the Ideal.” I suspect Ayn Rand would want her readers to pay!

Religious groups do the same with the Bible, the Book of Mormon, Science & Health, the Koran, etc….

Distributing books for free is not a good use of a valuable commodity, paper!

Granted, young people often don’t have the funds to buy books. But even a discounted price is better than no price at all. Instead of a free book, why not adopt a policy of charging a modest “FEE” for books.

Sometimes retail publishers charge too much for their books, and I’m against that, too. I always offer a discount for my books, whether “The Maxims of Wall Street” or “The Making of Modern Economics.” Check out my discounted prices at www.skousenbooks.com. But never offer books for free!

previous article
Is the Juice Worth the Squeeze?
next article
Tough Talk, Kids: This Is Not A #StockMarketCrash