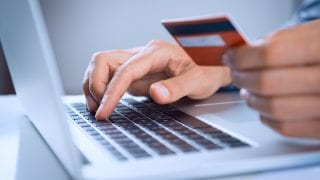 In a year where volatility has ruled the roost, I guess it should come as no surprise that stocks continue to soar and dive into the final weeks of the year. We saw this characteristic 2011 volatility rear its head on Tuesday, as the Dow surged more than 337 points on renewed optimism in Europe, and on a better-than-expected jump in domestic home building.

That optimism from Europe quickly faded in Wednesday’s trading, as stocks fell as much as 100 points on the Dow before coming off of their lows. The decline on Wednesday actually was surprising, as stocks were up in the pre-market on news that the European Central Bank’s longer-term refinancing operation allotted a bigger-than-expected 489.19 billion euros ($639.96 billion) in three-year loans to 523 euro-zone banks. This move already has been called a European version of QE2 (Quantitative Easing, part II), so you’d think that the market would love it.

Unfortunately for the bulls, a big earnings miss by tech bellwether Oracle (ORCL) helped bring down stocks in the space, and that decline also sent the major averages lower.

As you can see by the chart here of the S&P 500 Index, stocks now are trading above their short-term, 50-day moving average, but still well below their long-term, 200-day moving average. Of course, if we look at the wild fluctuations that have taken place in stocks since late July, we get the sense that this year has been very, very difficult for nearly every investor, and that’s especially true for the pros.

Indeed, 2011 has been a difficult challenge for us all. But one thing that I’ve learned from this year’s action is that patience is perhaps the greatest virtue an investor can possess. The ability to keep your composure and not chase investments is not an easy task; however, if you were able to stick to your discipline, it would have helped you from suffering much of the stomach-churning volatility we had this year.

I suspect we’ll continue to face more volatility as we enter 2012. But there is one thing that I want to make sure you do, and that is to stay in the game.

Safe-haven investments are hard to come by in this market. All markets seem to go north or south together. With risks rising and interest rates microscopically low, it is hard to find a relatively safe play that also can provide some consistent income. While many high-income stocks can provide you with dividends, the market’s occasional retreats can leave you with tattered remnants of your original investment.

Fortunately, I know of an exchange-traded fund (ETF) that may interest you. The iShares Barclays Government/Credit Bond ETF (GBF) provides investors with the ability to be slightly more diversified than a typical bond fund and with a way to collect larger yields, thanks to its positions in corporate debt, as opposed solely to the thin yields of government bonds. GBF seeks investment results that correspond generally to the price and yield performance, before fees and expenses, of the U.S. government and investment grade U.S corporate securities of the U.S. bond market, as defined by the Barclays Capital U.S. Government/Credit Bond Index.

This mixed bond ETF allows for a nice monthly dividend, which has paid out an average of $0.28 monthly in 2011. Year-to-date, GBF is up more than 7%, and the fund is up a healthy 8.41% during the past three years combined. So, while GBF did not have double-digit percentage returns like some investments in the stock market, it has been a consistent winner with little downside. Clearly, the broader markets can’t claim the same kind of performance.

Government bond funds, on the other hand, usually are fairly safe, especially here in the United States. But such investments tend to yield miniscule returns. In fact, Treasury Inflation Protected Securities (TIPS) are yielding a negative rate. Just last week, the U.S. government raised $12 billion, selling 5-year TIPS at a record low -0.877% yield. This means you pay the government to own the debt. Clearly, these are some historically challenging times for investors, and that makes finding funds like GBF even more important.

High Risk Dead Ahead! — But the Next 13 Minutes Can Help You Prepare

Investing in the equity markets is always a pursuit fraught with peril. But these days, the risk meter on your money is running dangerously in the red.

You see, I think there’s high risk dead ahead for investors, as the market faces a trifecta of negatives itching to rob you of your hard-earned wealth.

I’m Doug Fabian, president of Fabian Wealth Strategies. I am of the opinion that investors will have to deal with some major headwinds going forward. These headwinds could blow down the house on your wealth in 2012.

First off, Europe’s debt crisis still isn’t solved, and no plans currently in place are likely to stave off a European recession. That recession likely will spread around the globe in the year ahead, and that’s going to make things very tough for equities. Then there’s the political acrimony in Washington, D.C. As we all know, 2012 is a presidential election year, and that means that more political gridlock in our nation’s capital is a done deal.

To help investors deal with what I think is going to be a very difficult market environment in 2012, I’ve recorded a special audio report titled: 2011 Year-End Market Alert.

This audio podcast is just a little more than 13 minutes, but that’s enough time for me to show you why I think 2012 will be such a challenging year; why the upside potential in stocks pales in comparison to the downside risks; and why success in the year ahead will require proactive decisions designed to put your money in a defensive posture.

A Great Year for ETFs

Although it hasn’t been a very prosperous year for most investors, 2011 has been a great year for the ETF industry. In 2011, the industry introduced 188 new funds, and those funds thus far have gathered a combined $5.7 billion in new assets.

Here’s a short list of some of the best and brightest of this year’s new offerings:

PowerShares Senior Loan Portfolio (BKLN). At $170 million in assets and 90,000 shares traded per day, this is the smallest on our list of new ETFs. What’s interesting here is that the fund is the first of its kind in the senior loan ETF space. It also boasts an attractive current yield of 5%.

Vanguard Total International Stock Index (VXUS). The fund has captured $440 million in assets, and trades 130,000 shares per day. It tracks the stocks in the All Country World Index, which excludes the U.S. market.

WisdomTree Managed Futures Strategies (WDTI). The fund holds $260 million in assets and trades 68,000 shares per day. It’s the first ETF of its kind to give you exposure to the managed futures market, a sector that typically only hedge funds pursue.

As the ETF universe continues to grow, look for 2012 to be another banner year for the industry — and that increased choice represents a win for investors.

Of Christmas and Conscience

“A good conscience is a continual Christmas.”

This time of year is replete with reflection on the past 12 months. It’s also a time when we prepare ourselves for the coming year. But before you get to either of these things, remember what Benjamin Franklin said about a good conscience. You see, when our hearts and minds are clear, we can see the past for what it is and the future for what it should be — and that, my friends, will bring you holiday cheer throughout the year. From all of us here on the Fabian team, we wish you the very happiest of holidays.

Wisdom about money, investing and life can be found anywhere. If you have a good quote you’d like me to share with your fellow Alert readers, send it to me, along with any comments, questions and suggestions you have about my radio show, newsletters, seminars or anything else.

With South Korea's Seoul Composite Stock Exchange Index bouncing back another 3.0% overnight, Korean stocks are now trading slightly above the level that they closed at on Friday, before the announcement of the death of North Korean dictator Kim Jong Il.

That translates to about a $53 price on the iShares South Korea MSCI Index ETF (EWY), which closed at $49.48 on Monday.
While I did not think the news from North Korea would