What the Permabear Surrender Means for You

Truth be told, the market’s rise this year is making me kind of nervous.

Just over the past two weeks, I’ve seen that the last of the permabears are throwing in the towel. Gold did not reach $5,000. Weimar-style hyperinflation has yet to put in an appearance. Europe has not “imploded.” I’m still writing this e-letter in English and not in Mandarin.

That permabears were wrong is, of course, good news — unless you invested your money with these folks. In that case, you have my condolences.

But here is why I’m worried for the rest of us.

If the permabears’ current round of predictions that the markets are set to go higher are as off as their other predictions have been, well then…

I concede I’ve been a lot more bullish than most pundits. And I caught a lot of flack when I predicted a Dow of 15,000 by October 31, 2012, and it failed to reach that level by then. Granted, I was a full six months early. But with the Dow comfortably above 16,000 today, my prediction of Dow 15,000 seems now almost coy and conservative.

Yet, unlike the permabears, I don’t feel my creator endowed me with the blessed gift of prophecy or prescience. I just look at the numbers. And those numbers allow me to predict anything — even Dow 1,000,000, as you will see below.

It’s been a humbling year for the smart money crowd, raised on the mother’s milk of diversification. To be “long and dumb” on the S&P 500 has trounced almost any other “bells and whistles” hedge fund strategy over the past five years. And if you’ve bought pretty much any asset class on the planet outside of U.S stocks — (remember the “China Miracle” and the BRICs?) — it has cost you money.

Some of the smartest money on the planet — Tudor-Jones, Bacon, Kovner, Druckenmiller and Soros, all hedge fund managers with 30-year track records comfortably ensconced in the Forbes 400 — have been caught off guard.

But it has been even worse for the well-known permabears. Here in the United Kingdom, Hugh Hendry — a self-styled “last bear standing” — just threw in the towel declaring in yesterday’s Financial Times that “only a foolish investor would stand in the way of this bull market.” In the United States, Peter Schiff has conceded that equity markets may continue their relentless rise into 2014. In Asia, Marc Faber, who has the longest career out of predicting doom, admitted markets could rise another 20-30%.

Of course, the bears are never wrong. They’re just early. As Hendry put it, markets may be partying like it’s 1928 or 1999. But the hangover will be all the more painful.

After all, there is plenty of bad news around. S&P 500 profits are just expanding at a rate of 4%. They also are at their highest level relative to gross domestic product (GDP) since World War II — making further growth unlikely. U.S. employment is weak. Political gridlock in Washington, D.C., combined with the millstone of Obamacare on employers’ necks, is a drag on the economy.

Meanwhile, stock market speculation is rife. Searches for “stock bubble” are at the highest level on Google since 2007. Margin debt has reached record highs. Initial public offerings (IPOs) haven’t been this hot since the dotcom days. Newly minted Nobel laureate Robert Schiller’s cyclically adjusted price-earnings (CAPE) is 25, compared to an average of 16.5.

And yet, the market continues to climb the “wall of worry.” And over the long term, there is little doubt that it will continue to do so.

So How Did the Permabears Get it so Wrong?

I envy the intellectual self-confidence of a Schiff or a Hendry or a Faber. I often wonder where I should have gone to college and what I should have studied to become as prescient as they are. Of course, the answer is that the permabears are more about being entertaining than being right — or making money for their clients. The permabears are the hedgehogs who have the same story to tell, over and over and over again, and give the same answer no matter what question you ask them. That’s why I’ve invited Hugh Hendry to speak at my forum, the London Junto, twice. He’s a reliably entertaining misanthrope among a sea of us anonymous Willy Lomans. We envy the guy’s sheer chutzpah. If I’m a financial news show producer, I love permabears like Hendry. As an investor… well… not so much.

Why I am Optimistic

I caught a lot of flak for my prediction of the Dow hitting 15,000. It actually wasn’t a finger in the air prediction, but based on the average return in the market stemming from some well documented sentiment indicators.

On another level, the only real assumption behind my bullish prediction is that, despite the relentless negative headlines, factories will continue to hum, kids will still go to school and society won’t break down.

It is a bet that things will continue pretty much the way they have, barring a serious “Black Swan” event like a nuclear war or a large asteroid hitting the earth. That, of course, could always happen. My philosopher friends will point out that I am falling victim to the fallacy of induction. Yet in such an extreme case, all bets are off anyway. And I concede you will be better off with your guns and ammo and bars of gold and canned food in your cave in Montana.

My bias is bullish and I think the Dow could easily hit 17,000 or even 18,000 in 2014. And that’s despite the worrisome development of the permabears changing their tune.

I don’t think we are in a bubble. No one I know is yet talking stocks at cocktail parties — though they are talking London real estate. Net flows into mutual funds only just turned positive this year. And CNBC’s ratings are their lowest since 2005. The euphoria that marks the height of bubbles just ain’t there.

My more quantifiable long-term optimism, however, is based on simple math.

It’s the same reason the late Sir John Templeton was confident in predicting the Dow would reach 1,000,000 by the year 2100.

So that’s why I am confident that when I predict the Dow hitting 18,000, I know that I won’t be wrong.

At worst, I’ll just be early…

In case you missed it, I encourage you to read my e-letter column from last week about how to crush the market with private-equity investing. I also invite you to comment in the space provided below. 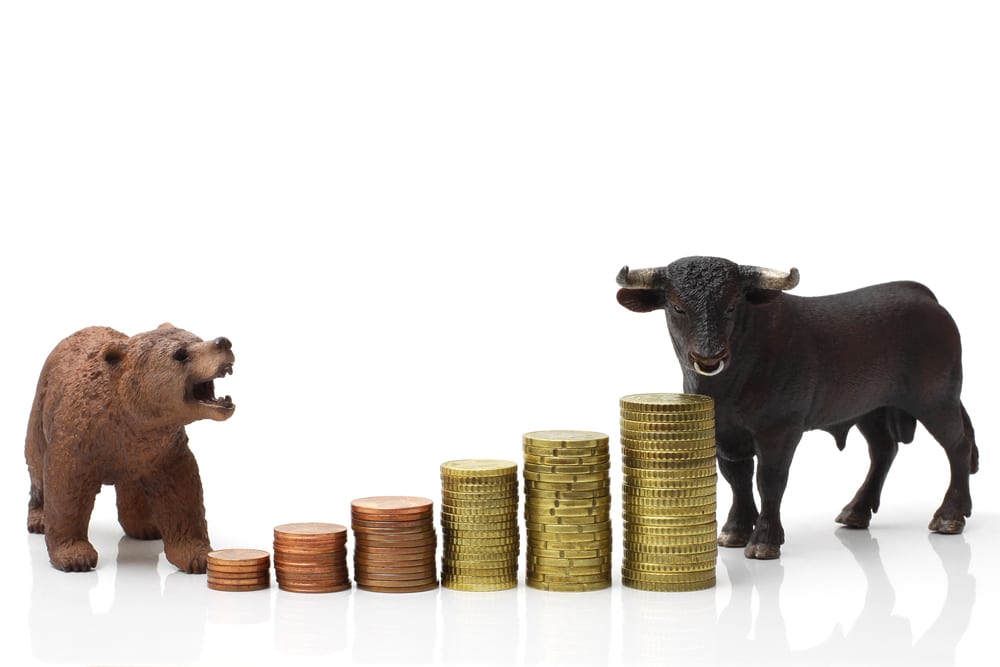 Why Fear is Gone from the Markets