“A Chinese stock market crash could set off a chain reaction around the world.” (August issue, Forecasts & Strategies, p. 4).

Recently, I watched the film “Fast and Furious.” I thought it was a perfect description of the first serious sell-off since the financial crisis of 2008. I felt it coming, and I have warned my subscribers in my various hotlines, teleconferences and August newsletter that a major correction was on the horizon and China would be the key factor.

Last month, I wrote, “A Chinese stock market crash could set off a chain reaction around the world.” (August issue, p. 4). In fact, Bert Dohmen presented a whole session on the China crisis at FreedomFest in early July and warned us that the coming China collapse could trigger a “ripple effect” across all stock markets. (Lesson: It pays to come to FreedomFest.)

Interestingly, earlier this summer, I sent out a newsletter promotion warning about the coming Chinese crisis. The headline read, “CHINESE BUBBLE ABOUT TO BURST.” Unfortunately, the ad bombed. 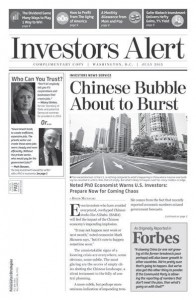 Many people just don’t want to face the facts. A few weeks later, the world’s stock markets fell in unison by 10% or more. Yesterday, the Wall Street Journal led with the headline, “CHINA FEARS SINK MARKETS AGAIN.” I was proven right. 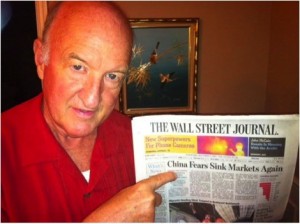 It reminds me of the early days of my newsletter, when I sent out a promotional package with the headline, “The Financial Shock of 1981.” When prospective subscribers opened the envelope, it said “Reaganomics will work — sell your gold and silver and buy stocks and bonds.” That promotion bombed, too. Yet that was exactly what happened. Gold and silver began a long bear market, and in 1982 we saw the beginning of a long bull market in stocks and bonds.

China’s growth machine has been weakening for several years now, and the Chinese communists tried to keep it going with an unsustainable, unwise and unprecedented explosion in debt and easy money. Now they — and we — are suffering the consequences.

But let’s not panic. Note that even though I expected a Chinese-linked correction to occur, I don’t think it will be the beginning of a bear market. So we are cautious, but we did very little selling. The U.S. economy is still advancing, tepid as it may be.

During these troubled times, my investment strategy is to invest in “sleep well at night” stocks (SWANs). These are publicly traded companies that have above-average profit margins, pay a healthy income and have adopted a rising dividend policy. See my latest newsletter for a list of these SWAN stocks. That’s been our formula for success. Even when the market tanks, like it did in the past week, the fundamentals of these recommended stocks haven’t changed, so we don’t have to worry.

J. Paul Getty said it right in his classic book “How to Be Rich:” “It is possible to make money — and a great deal of money — in the stock market. But it can’t be done overnight or by haphazard buying and selling. The big profits go to the intelligent, careful and patient investors, not to the reckless and overeager speculator. The seasoned investor buys his stocks when they are priced low, holds them for the long-pull rise and takes in-between dips and slumps in stride.”

You Blew It! Traffic Congestion Is Easily Solved — But It Is Only Getting Worse

This Labor Day weekend, millions of Americans will be driving the interstate freeways, facing a nightmare of traffic congestion. According to the Texas Transportation Institute, U.S. commuters will spend about 42 hours a year stuck in traffic jams.

Part of the reason is cheap gas, which is under $3 a gallon in many parts of the country.

Cheap gas is a benefit to American consumers, but highway congestion also costs us $160 billion in a year in wasted gas and lost productivity while idling in traffic, as well as additional wear and tear on vehicles.

I’m glad to see that our nation’s capital, Washington, D.C. — what libertarians like me call “Death Star” — is ranked the most congested city in America, worse than New York, Chicago or Los Angeles. Maybe that will finally get enough attention for something to be done about it.

The answer is actually quite simple. Economists have taught it for years: make the automobile driver pay the full cost of the interstate highway system. Stop building “freeways” and convert them to “toll ways.” Charging “peak pricing” makes drivers pay the full opportunity cost, and the result will be the most efficient use of the highways.

Singapore has had such a peak-pricing system for years, and there are virtually no traffic jams.

In the United States, more and more states are imposing HOT lanes where individuals can drive in special lanes but pay a fee for doing so, and the fee varies according to traffic patterns. During rush hour, the fee goes up sharply, assuring the free flow of traffic. Critics call them “Lexus Lanes,” but it is good that rich people pay these additional fees, which can be used to improve and expand the regular “freeways” for those who can’t afford the HOT lanes. It is a win-win situation.

The world’s expert on improving transportation in the United States is Robert Poole, Jr., at the Reason Foundation.  He spoke at FreedomFest on this subject and is optimistic that traffic congestion in the United States can be solved in the next 10 years, so that someday your son or daughter will say as you’re driving to the beach, “Look, Ma, no traffic jams!”

In case you missed it, I encourage you to read my e-letter column from last week about whether real estate or stocks are a better income investment. I also invite you to comment in the space provided below my commentary. 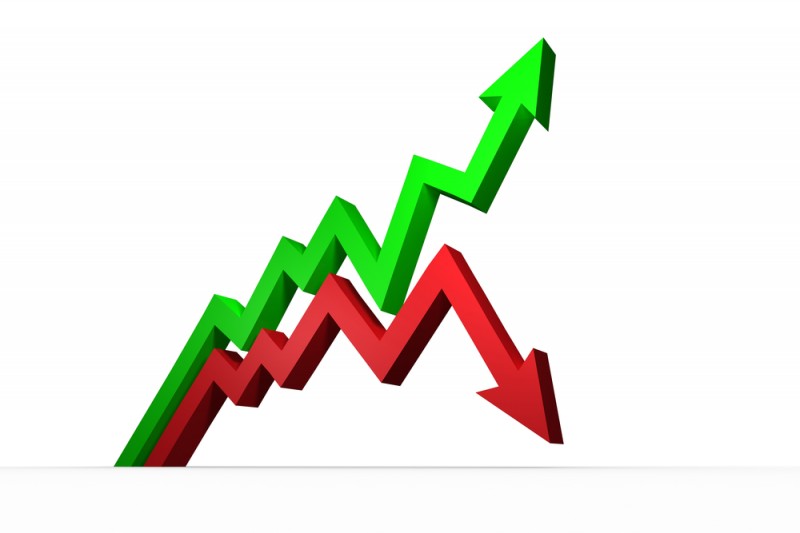 The Trade-offs in Owning Stocks vs. ETFs

For the last several weeks, I’ve shared my top 10 questions to ask before you buy any stock. As some of you probably thought to yourselves, “Wow! That is a lot of work. And after doing it all, I may not even buy the stock! There has to be an easier way.” If you’re planning on holding 10 stocks, you may think that means if you are super lucky maybe you only have to do this 10 times. Well, I can quickly tel