Was the Fed’s Rate Raise a Good Decision? 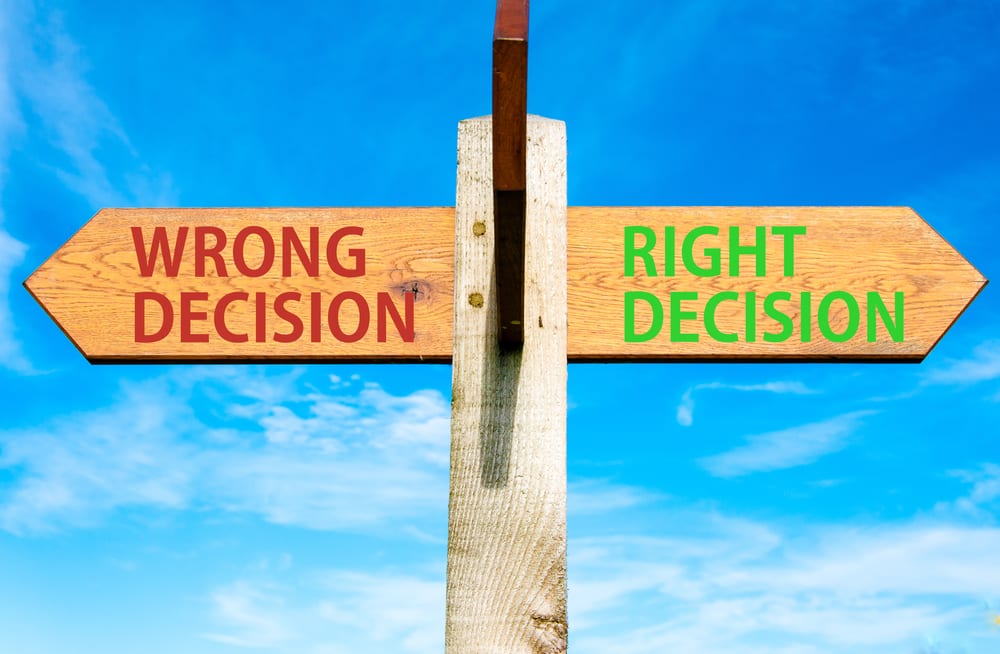 “Finally, the Fed made the right decision. It’s like removing price controls from the credit markets!” — Steve Forbes

Yesterday, my wife and I spent more than an hour in a private meeting with Steve Forbes at his company’s new world headquarters in Jersey City, New Jersey. (Forbes moved last year from its beloved offices on iconic 5th Avenue because taxes are so high in New York City.) 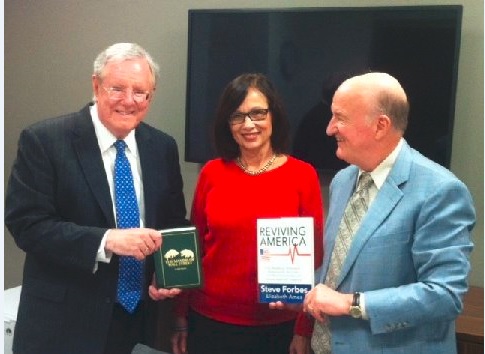 Mark and Jo Ann Skousen meet with Steve Forbes in his new offices in New Jersey. Steve is holding a copy of my book, “The Maxims of Wall Street,” and I’m holding a copy of Mr. Forbes’s new book, “Reviving America.”

We were there to discuss next year’s big FreedomFest show in Las Vegas (www.freedomfest.com). Forbes is co-ambassador along with John Mackey, co-CEO of Whole Foods Market, and is always excited to attend and speak at FreedomFest. “I attend all three days — it’s the best place to find out what’s really going on in the world,” Steve told me.

Note! We’ve just sent out our first announcement about next year’s big show in Las Vegas, July 13-16, 2016. Our keynote speaker will be George Foreman, the former heavyweight champion of the world and knockout entrepreneur. Read all about him and our other speakers, panels and debates.

Before my wife and I ended our meeting with Steve Forbes, I asked him what he thought of the Fed’s decision to finally raise the discount rate. He was animated. “It’s about time,” he said, “for the Fed to stop keeping rates down artificially. It’s like price controls being lifted!”

I agree. The Fed has started to release its stranglehold on the credit markets by raising the discount rate for the first time in nearly a decade. That’s good news for the economy, the stock market and our portfolio as we enter an important election year.

Higher interest rates mean the economy is on the mend and getting back to normal. Wall Street rallied on the news. Can this trend continue into 2016? Historically, stocks have done well during an election year; if the Federal Reserve continues to stimulate the economy to get inflation going again, stocks could move higher.

You Blew It! Fed Continues to Promote Inflation

Finally, the Fed made the right decision — to let the private bond and credit markets decide the appropriate level of interest rates. By raising the discount rate to between a quarter and half-quarter point, it introduced some flexibility into the economy. As Steve Forbes told me this week, the Fed’s action was a positive sign that it is loosening the private credit markets from government control.

The Fed’s decision sent an important signal to Wall Street, that the economy can stand on its own after the devastating financial crisis and Great Recession of 2008-09. As Fed Chair Janet Yellen opined, “With the economy performing well and expected to continue to do so, the committee judges that a modest increase in the federal funds rate is appropriate. The economic recovery has clearly come a long way.”

As a result, Wall Street rallied on the news and is now within reach of hitting new highs.

Is the Fed’s 2% inflation target a good idea? No!

Nevertheless, the Fed has still not given up its determination to depreciate our currency by deliberately promoting inflation with its 2% target rate. Far from a tightening monetary policy, the money supply (M2) continues to grow at a relatively high rate of 5-8% over the past year. Price inflation has not followed suit because of the oil glut and the fact that the U.S. dollar is the world’s reserve currency, meaning that the United States can export its inflation. So that probably means that the Fed will go overboard in promoting more inflation. The cost of living is already rising too fast.

At the Newsmax Economic Forum in Miami last week, I asked the audience, “If you had to choose between the paper dollar and the silver dollar, both legal tender in the U.S., which would you choose?” Most chose silver. Smart move, especially with silver selling for only $14 an ounce.

Christmas is approaching, but there’s still time to order copies of “The Maxims of Wall Street” — the ideal holiday gift item. Unlike candy or wine, this gift offers a lifetime of sound investment advice with more than 800 sayings and dozens of short stories. As one subscriber said to me recently, “There’s more wisdom in your book than 4 years of college education!” And there’s even quite a bit of humor in “Maxims” — see for example page 25, “how to make a million.”

You pay only $20 for the first copy and all additional copies are only $10 each. All will be personally autographed, and I pay the postage! I’m offering “half off” because I know “Maxims” makes a great gift for friends, relatives, business colleagues, investors, your favorite stockbroker and money manager. Many people order a whole box of 32 copies. The price of a box of books is only $300 postpaid. To order your copies at this super discount, call Ensign Publishing toll-free at 1-866-254-2057, or go to www.miracleofamerica.com/maxims.

Thank You for Joining Me for another Profitable Year!

I end this Skousen CAFÉ with a big thank you to all of the subscribers to my monthly investment newsletter, Forecasts & Strategies, as we have enjoyed another profitable year together. It has not been easy to stay fully invested in the face of a Chinese stock market crash, the slump in oil prices, terrorist attacks around the globe and constant doom-and-gloom predictions. Bull markets climb a wall of worry. But if you have held on, you are ahead of the game.

I’d also like to thank all of you who came to my annual FreedomFest show in Las Vegas in July and witnessed the biggest turnout ever (2,500 attendees) and major media coverage. I hope you will join us next year at the Global Financial Summit in The Bahamas, March 13-16 (gfs.freedomfest.com), and FreedomFest, July 13-17 (www.freedomfest.com). Both events are great ways to learn, network and celebrate liberty.

Grover Norquist, president of Americans for Tax Reform, and Ziad Abdelnour, CEO of Blackhawk Partners, are two of the world’s top experts on Middle East politics and will tell us the truth about this neverending crisis and what it means to investors.

In case you missed it, I encourage you to read my e-letter column from last week about how even Warren Buffett can’t always beat the market. I also invite you to comment in the space provided below. 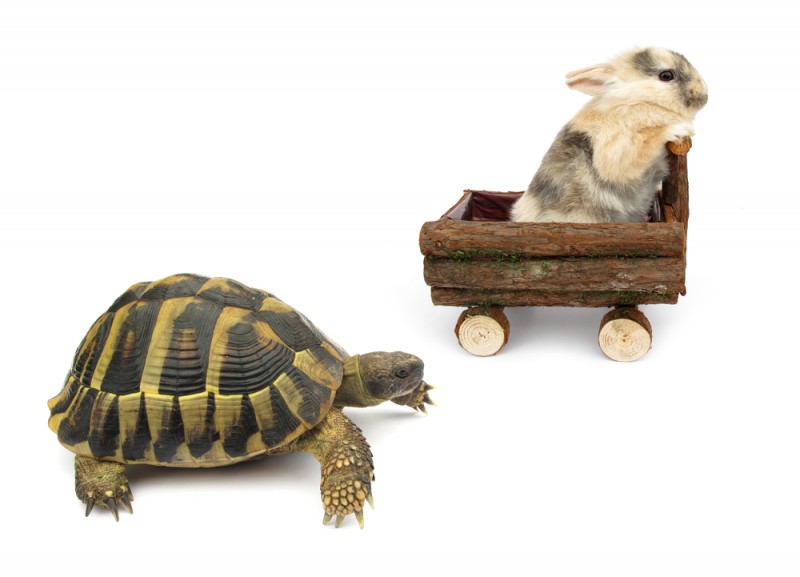 A Slow and Steady Bond Investment for Careful Investors