Invest in Gold to Profit amidst Bear Market 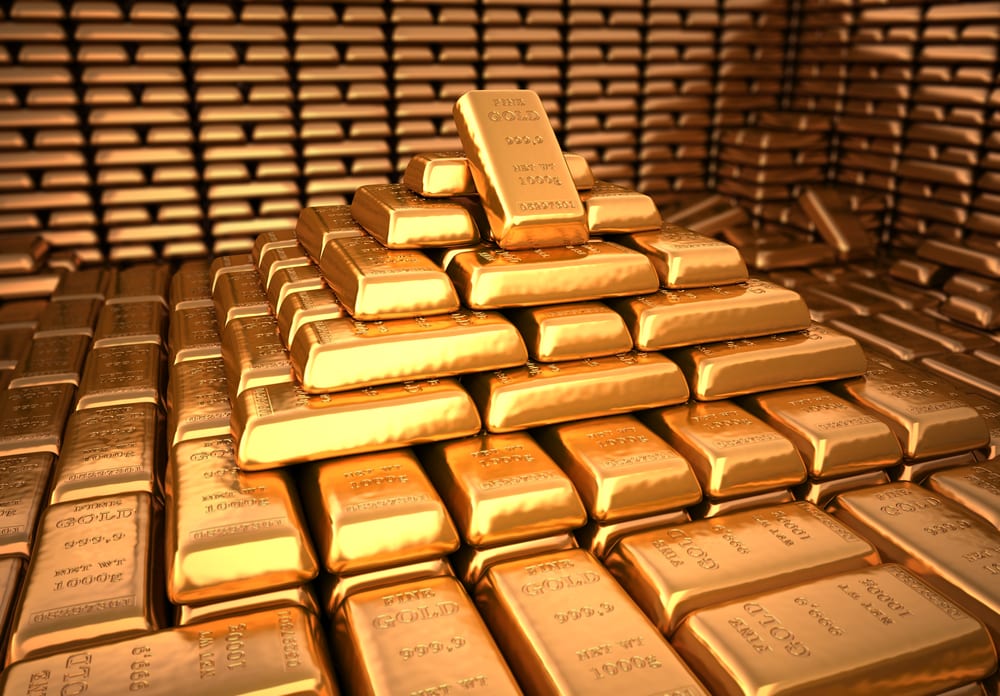 If this market decline feels different to you, then you’re not alone.

It certainly seems like we are entering a bear market in U.S. stocks, and so far the major U.S. averages are quickly approaching official bear market status (i.e. 20% or more below their most-recent highs).

The Dow is down nearly 14% from its most-recent high while the S&P 500 is off that mark by 13%. The NASDAQ Composite is down 17.5% from its latest high. That’s teetering on the verge of official bear market status, but the story doesn’t end there.

The small-cap Russell 2000 Index is already in a bear market, having plunged more than 25% off its high. Then there are international stocks, which have been in a bear market for a while. Emerging markets are down 34% from their highs while European stocks are down some 25%.

Perhaps the most troubling thing is that the broadest of all market indices, the Vanguard Total World Stock Index (VT), now is down 20.4% from its high. 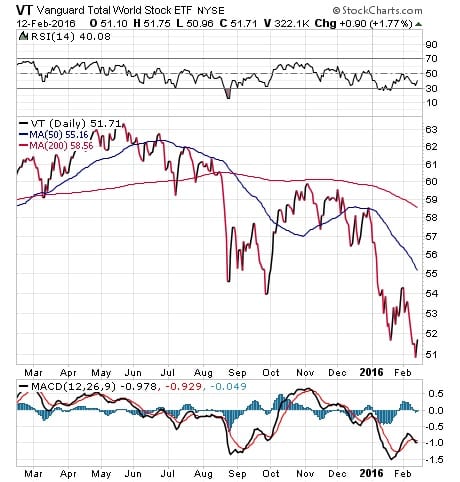 I say most troubling because this is the ETF that holds all international and domestic stocks. Now that VT is in official bear market territory, it’s safe to proclaim that we are, in fact, in a global bear market.

So, given the bear market in stocks, is there anything working for investors right now?

The answer is gold.

The chart here of the SPDR Gold Trust (GLD), an ETF pegged to the price of gold bullion, shows it is up some 16.5% in 2016, completely bucking the trend of the major equities averages. 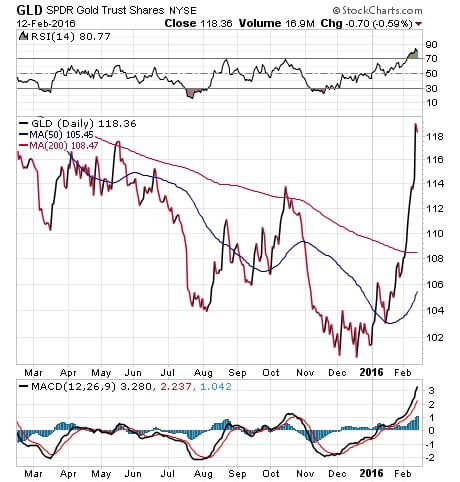 The gains in gold are something subscribers to my Successful ETF Investing advisory service have enjoyed since early January.

Given the fear bid in the market right now, and the likelihood of more fear fueled by a global recession, plunging oil prices, central bank missteps and failed fiscal policy around the globe, gold’s safety bid is likely to continue to keep the yellow metal shining.

If you want to find out how we are currently taking advantage of this global bear market with gold, targeted equity exposure and targeted bond exposure, then I invite you to check out Successful ETF Investing today!

Twain to the Democrats

Political season now is in full swing, with two presidential primaries down and another one on the slate for next week. Listening to the Democratic debates of late, you would think it’s all about how much government can give you, and to what extent it’s necessary to punish the rich and successful. That debate reminds me of what one of my favorite literary figures, Mark Twain, had to say about the world. I just wish Hillary Clinton and Bernie Sanders were Twain fans, too.

Wisdom about money, investing and life can be found anywhere. If you have a good quotation you’d like me to share with your fellow readers, send it to me, along with any comments, questions and suggestions you have about my audio podcast, newsletters, seminars or anything else. Click here to ask Doug.

I encourage you to read my column from last week about the way markets reacted to the recent jobs report. I also invite you to comment about my column in the space provided below. 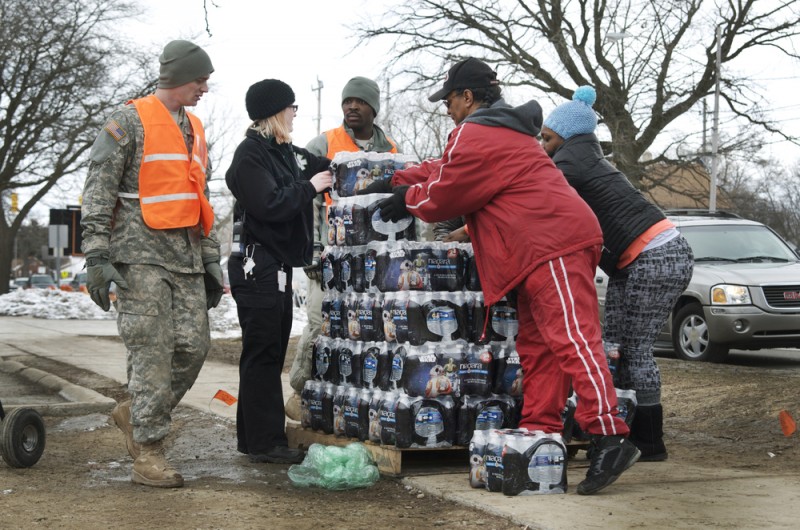 The town of Flint, Michigan is facing an emergency health crisis after repeated warnings about the contaminated state of its water supply were ignored.