Is This the Time to Invest in Emerging Markets? 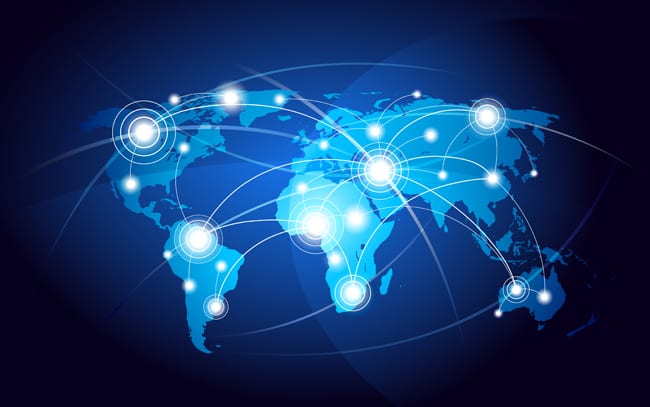 The years since the financial crisis of 2008 have been unkind to investors in emerging markets.

While conventional wisdom in the years prior to 2008 indicated that the BRICs — Brazil, Russia, India and China — would come to dominate the world economy, things have turned out very differently.

Five years ago, the Brazilian real was 52% overvalued on the Big Mac Index. Today, the real is 32% undervalued compared to the U.S. dollar. That’s an 84% swing.

The Russian stock market has imploded, thanks to Russia’s President Vladimir Putin’s shenanigans and the crumbling oil price. Elsewhere, Prime Minister Narendra Modi, hailed as the “Reagan of India,” failed to replicate the “Gipper’s” economic success. And the wheels of the Chinese economy have been on the verge of coming off for the past five years.

Annual economic growth of 8%+ in leading emerging markets in 2008 has ground to a halt. The commodity boom that propelled the economies of the BRICS, as well as Australia and Canada, has petered out. Even long-term investors with an indefinite time horizon like the Harvard endowment reduced their exposure to emerging markets.

Financial advisors who followed the sophisticated models of portfolio asset allocation by putting money to work in emerging markets have gotten an earful from frustrated clients.

No matter how you slice and dice it, over the past decade you’d have been better off had you not put a dime outside of the United States. Over the past 10 years, the S&P 500 has outperformed the broad MSCI emerging markets benchmark by close to 60%.

No wonder investors pulled back sharply from emerging-market stocks and bonds in 2015. According to data compiled by JPMorgan, outflows hit $76.6 billion in a year during which the broad MSCI Emerging Markets index lost 14.9%. Currencies from the Russian ruble to the South African rand sank sharply.

The Analyst Who Cried ‘Invest in Emerging Markets!’

Yet here we are, talking about investing in emerging markets yet again.

Emerging markets are up 12% since late January, erasing the impact of the broad market sell-off at the start of the year. Among 47 global stock markets I track, eight have gained more than 10% just over the past week. The Brazilian stock market alone gained 24.89% in the past six trading days.

The bounce in oil, metals and other raw materials has given a boost to commodity-exporting countries. Brent crude has soared by one-third since January lows. Copper prices are up nearly 14%. Sugar has notched a 17% gain.

Emerging-market currencies have stabilized. The Mexican peso and Russian ruble have bounced from recent lows, up 7% and 13%, respectively, against the U.S. dollar.

Stocks in emerging markets have continued to suffer outflows this year. But that may be changing. In February, outflows slowed to $1.1 billion from January’s $6.9 billion, according to the Institute of International Finance.

Although this rally has been sharp, we’ve been here before. Every time emerging markets have rallied over the past five years, they’ve ended up pulling back.

No wonder fewer and fewer investors are listening to the analyst who cries “invest in emerging markets!”

It is hard to argue that the recent rally in emerging markets is any more sustainable.

After all, the fundamentals behind the recent rally are shaky. Emerging-market economic growth has slowed. Emerging markets currencies are trading at 20-year lows. China’s weaker appetite for commodities has hit many markets across the board. Brazil’s recession is the worst in 25 years. Russia has been hit by a combination of low oil prices and international sanctions. South Africa has seen mineral exports tumble, and is burdened by high unemployment and massive budget deficits.

‘When is the time to buy low?’ The answer is: When there is maximum pessimism.

Franklin Templeton portfolio manager Michael Hasenstab echoed this sentiment in a recent note where he wrote: “We feel we’ve reached a point of maximum pessimism on emerging markets, and those types of extreme sentiments usually indicate an opportunity.”

That may be true.

But it turns out that maximum pessimism — a fuzzy measure of market sentiment — is really hard to peg.

In fact, you can only see it with the benefit of 20/20 hindsight.

And I’ve been proven wrong about the coming rally in emerging markets again and again… and again.

So I am hesitant to predict a rally for a fourth year in a row.

Perhaps I have reached my own personal level of maximum pessimism.

In that case, the current rally in emerging markets may indeed continue.

Or it may not…

Such are the frustrations of investing in emerging markets.

In case you missed it, I encourage you to read my e-letter column from last week about how most statistics can be misleading. I also invite you to comment in the space provided below my Eagle Daily Investor commentary.