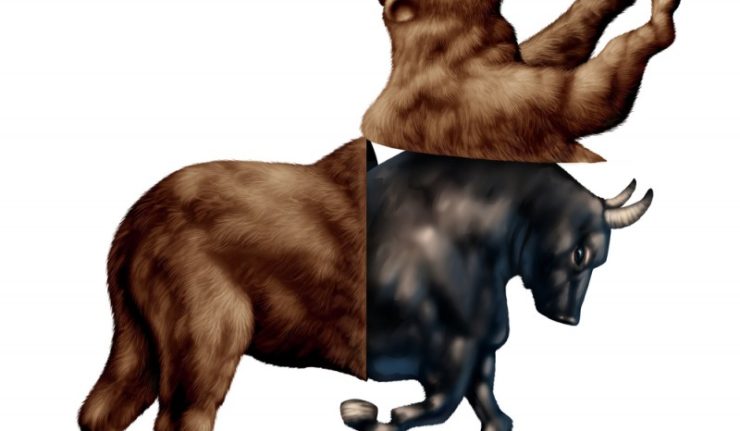 The advance estimate for second-quarter gross domestic product (GDP) was a real eye opener that showed output increasing at an annual rate of just 1.2% versus a Wall Street consensus of 2.6% — on the heels of a downwardly revised 0.8% increase from 1.1% in the first quarter.

Final sales, which exclude the change in inventories, were up 2.4% during the just-ended second quarter. But do not be shaken by the ugly headline about slowing economic growth.

Even though the second-quarter GDP report was far from what the market and economists were expecting, the Atlanta Fed’s GDPNow model had a forecast of 1.8% growth that was not far off the mark.

The actual report will probably lend added credibility to the notion that the Fed will keep rates lower for longer and refrain from raising rates at its September meeting. The bright spot in the second-quarter report was consumer spending, as expected.

Personal consumption expenditures (PCE) increased 4.2%, which was the strongest gain since the fourth quarter of 2014. That gain accounted for nearly all of the growth in the second quarter, contributing 2.83 percentage points. Net exports contributed 0.23 percentage points.

The bond market was quick to react as Treasury prices spiked on the headline as Friday’s close approached and the benchmark 10-year Treasury yield fell to 1.47% from the recent high of 1.62% on July 21. So much for the rate hawks and the notion that the economy was approaching escape velocity.

However, it is a bullish development for equities when market participants surmise that the Fed will have to maintain low interest rates for longer. Fund flows into stocks, especially those with dividend yields in excess of the 10-year T-Note will remain solidly bullish.

The other big catalyst for income investors to act on is to initiate an income-generating system that takes advantage of leading companies that have reported solid second-quarter results and provided positive forward guidance. Roughly half of the companies in the S&P 500 have posted their Q2 numbers and hard not to get excited about the prospects at Lockheed Martin (LMT), Northrop Grumman (NOC), Constellation Brands (STZ), Alphabet/Google (GOOGL), Facebook (FB), Johnson & Johnson (JNJ), NVIDIA (NVDA), Edwards Lifesciences (EW), Amazon.com (AMZN), Costco Wholesale (COST) and UnitedHealth Group (UNH), among many other great companies.

One of the most effective ways to stay invested in these rising stocks and get paid a double-digit percentage income stream is to have in place a proactive covered-call strategy that takes full advantage of the market’s volatility by capturing call option premium on a monthly basis. I oversee two covered call advisory services that are focused right on these high-quality stocks. The most recent service, called Instant Income Trader, uses a bull-call-spread strategy on stocks that are priced above $100 per share.

I can’t express how exciting it is to put trades on in stocks like those noted above that tie up a fraction of the cost of buying the shares outright and provide 7-15% monthly returns composed primarily of call option premium. We’re only four weeks into our new Instant Income Trader service and already we’ve saddled up with bull-call-spreads to five of the names noted above. Those trades involved 800-pound sector gorillas. It is a wonderful feeling as an investor to get up in the morning and know you are long in the institutional darlings of the market that generate phenomenal monthly cash flow.

The best part about this whole approach is that it is so easy to execute and fits beautifully into retirement accounts. I invite you to dig a little deeper to understand the simplicity of this powerful income strategy that only takes 10 to 15 minutes a week to put to work. If anything, it’s worth a lot of return on invested time to learn about this trading methodology so that it doesn’t remain a mystery, but instead finds a proper place in your set of portfolio management tools.

All you have to do is follow my simple instructions. Click here to learn more about my new Instant Income Trader service.

In case you missed it, I encourage you to read my e-letter column from last week about how the bulls are in command as the economy recovers. I also invite you to comment in the space provided below my commentary.

previous article
This Value Play Is Set to Soar Higher