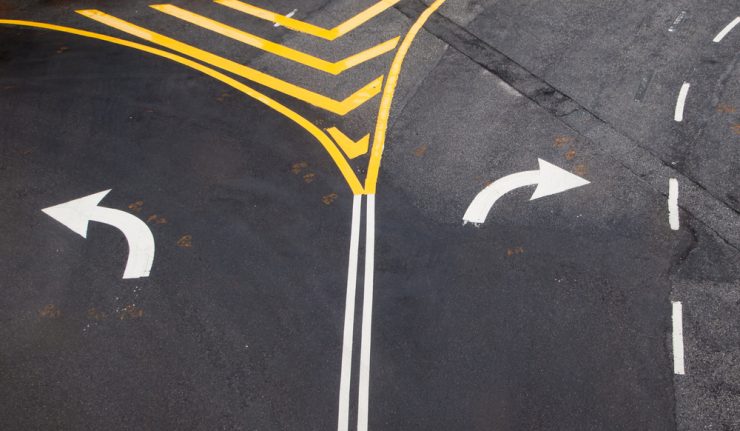 Stocks are down this morning, and down pretty hard. As of midday Friday, the Dow was down some 235 points, or 1.27%, which makes Sept. 9 the worst day for equities since the post-Brexit-vote selloff.

So, why did stocks tumble this morning? Not surprisingly, it was due to Fed speak and fear that the central bank monetary punch bowl is about to be taken away.

Specifically, today’s selloff was a result of comments from Boston Federal Reserve President Eric Rosengren, who said in an interview that the U.S. central bank could resume gradual rate hikes as the risks facing the economy are more in balance.

In addition to the selloff in stocks, there was also a selloff in Treasury bonds that sent the yield on the benchmark 10-year Treasury Note up to 1.67%. Rising bond yields are not good for stocks, but this new normal in the bond market could be one of the “turning points” for investors as we head into the fall.

That’s in part the thesis of bond guru Jeffrey Gundlach of DoubleLine Capital. Since I am an owner of DoubleLine funds in my money management firm, and we recommend them in the Successful ETF Investing advisory service, I am privy to Gundlach’s webcasts, which are always entertaining.

Yesterday, Gundlach’s presentation outlined a world where interest rates are likely to rise, and where inflation will start creeping higher. Gundlach also said that this is “a big, big moment” for markets, predicting that “interest rates have bottomed.”

The “new bond king” followed up his webcast comments with a much-publicized interview with Reuters. In it, he said that the Fed could raise rates soon just to, “…show that they are not guided by the markets.”

Interestingly, Gundlach also held firm on his political prediction that Republican candidate Donald Trump will be elected president. In fact, part of Gundlach’s theory on why interest rates are going to head higher is his thesis that both Trump and Hillary Clinton have advocated more government spending on infrastructure, otherwise known as fiscal stimulus.

According to Gundlach: “People say, ‘How can rates rise?’… That’s how they can rise and they’re sort of rising already.”

If he’s right, today could be looked upon as a turning point of sorts for stocks, the kind of turning point that investors need to know how to cope with. Dealing with these turning points is exactly what my Successful ETF Investing advisory service has been doing for nearly four decades.

Make sure you’re ready for the next turning point in this market by checking out my Successful ETF Investing advisory service, today!  Click here for info.

On Knowing Yourself, and Your Enemy

“Know thy self, know thy enemy. A thousand battles, a thousand victories.”

The iconic military strategist’s seminal work, “The Art of War,” is replete with lessons about life. Here, Sun Tzu reminds us that the key to victory is not only knowing your enemy, but also knowing yourself. Until you master yourself, you can never really be confident in any of life’s battles.

In case you missed it, I encourage you to read my e-letter column from last week about how the August jobs report destroyed the chances of a September rate hike.

share on: FacebookTwitter
previous article
How Price Discrimination and Inequality can Benefit the Poor and Middle Class
next article
Preparing for a Pullback and Booking 25.46% Gains