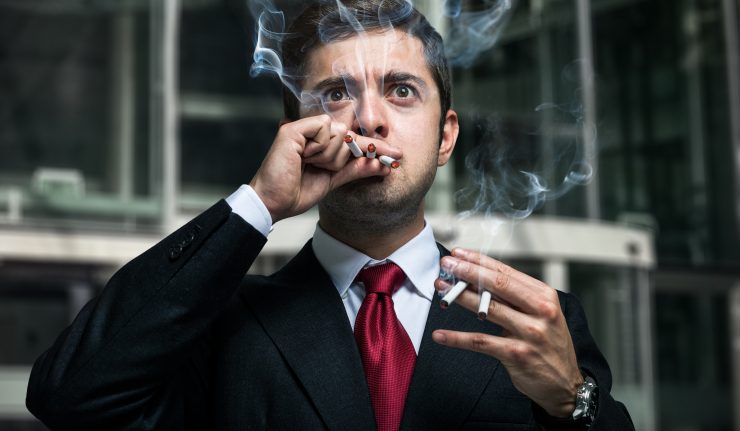 This week, stocks largely bounced around their current trading range, as investors appear to be biding their time in front of the upcoming presidential election.

The madness that is the 2016 battle is nearly over, and not soon enough for most of us. While the unusually caustic banter can, at times, be morbidly interesting to watch, it’s not exactly the most uplifting thing out there. And as a colleague of mine wrote recently, it seems like Americans largely feel like they need to take a shower after watching the presidential debates.

As of this writing, the consensus in the polls is that Hillary Clinton will be the next president. That’s also what the betting markets are saying, as Mrs. Clinton holds about an 80% chance of victory based on betting odds.

And while I think the polls, and particularly the betting markets, tend to be pretty accurate, there is no denying that this election has the potential for a “Brexit-like” outcome.

That would translate into a Trump victory and take markets by surprise — and likely prompt a lot of short-term selling. Now, look at the chart above of the S&P 500. Since early September, stocks have bounced around in a pretty tight trading range, alternating between gains and losses.

I expect that to continue for the next two-plus weeks until Election Day. After that, the market is staring at the prospect of another Fed rate hike in December. Such a rate hike could have an anti-Santa Claus rally effect on markets.

Given that the market is pricing in a lot of uncertainty here, I think there is one market to look at for a potential hedge against that uncertainty, and that market is gold. In the chart above, we see the big sell-off in the yellow metal earlier this month, largely caused by a rise in the U.S. dollar and rate-hike fears.

The move lower in gold took it down to the 200-day moving average, but, since then, the price of the yellow metal has rebounded.

If you are looking for places to add a little capital that can protect you from the election-inspired uncertainties in the market, gold deserves strong consideration.

Right now, subscribers to my Successful ETF Investing advisory service are profiting from the long-term trend higher in gold and precious metals.

If you’d like to find out how we’re doing it, then I invite you to subscribe to Successful ETF Investing today!

The ETF is a market-cap-weighted fund based on the S&P Asia Pacific Emerging BMI index. However, GMF employs a sampling strategy, which means it is not required to buy all of the securities represented in the BMI index.

Instead, the fund’s managers choose to hold a specific subset of the securities in the index with similar risk and return as the overall index. The idea of the strategy is to exclude the smaller-cap companies that are vulnerable to bankruptcy or acquisition risks.

With $337 million in total assets, GMF offers size and liquidity in a segment where funds generally lack these qualities.

The fund’s managers only select those companies with a float-adjusted market capitalization of at least $1 billion to add to its holdings, and it normally invests at least 90% of its assets in the securities of these companies.

With more than 60% of its total investments in China and Taiwan, the fund is considered non-diversified. Other significant holdings of the fund include companies based in India, Hong Kong, Thailand, Malaysia and Indonesia, which together compose over 30% of the total investments. Approximately 50% of the fund’s money goes into the technology and financial sectors, which will rise as the large tech companies in the Asia-Pacific region continue to expand.

Year to date, the fund has had a return of 12.17%, beating the S&P 500’s return of 4.47%. Typically for the Asia-Pacific emerging market segment, the fund has had its share of ups and downs throughout the past year, but it has managed to hold a positive overall trend. GMF has a dividend yield of 3.52% and an expense ratio of 0.49%. View the current price, volume, performance and top 10 holdings of GMF at ETFU.com.

GMF provides investors with exposure to large companies in the Asia-Pacific Region. If you wish to invest in a region that is growing at a fast pace, you may wish to consider the SPDR S&P Emerging Asia Pacific ETF (GMF) for your portfolio.

“The best revenge is massive success.”

The iconic crooner lived hard, but I suspect he really enjoyed his life and his success. Sometimes, we get far too caught up in the quest for success. Yet, as Frank reminds us, sometimes the best revenge against the life’s struggles (and our opponents) is to just hit that goal… and to savor it.

In case you missed it, I encourage you to read my e-letter column from last week about how to maneuver your portfolio around the uncertainty of the upcoming election.