Profit from the Falling Japanese Yen 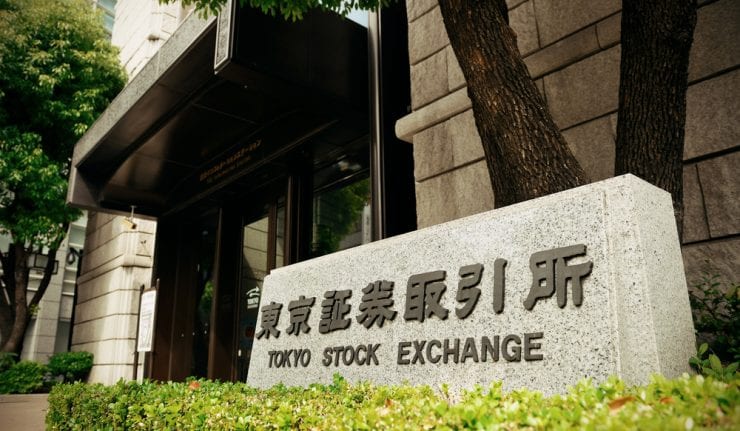 Chances are you have not heard much about the recent rally in the Japanese stock market.

So you may be surprised to learn that Japan’s Nikkei 225 index has rallied by more than 20% over the past six months.

That means the Japanese stock market has managed five consecutive years of positive returns — a feat it last achieved during the 1980’s bubble years.

Even with that impressive performance, I believe the Japanese market could soar another 20% in 2017.

Thirty years ago, Japan was the “China” of its day.

American MBA students studied the Japanese language to get an edge in the job market.

Tokyo, not London, was New York’s greatest rival as a global financial center.

Blue chips on the Tokyo Stock Exchange routinely traded at price-to-earnings (P/E) ratios of 150, in a nod to superior Japanese management techniques.

In his novel, “The Rising Sun,” author Michael Crichton lamented that Americans had to accept that a country the size of Montana would dominate the United States economically.

Then the bubble burst.

A country that once accounted for 30% of global stock market capitalization all but disappeared from the radar screens of U.S. investors.

Why I Expect the Japanese Market to Rally

It has been a rare investor who has made money in Japan since that time.

After almost three decades in investors’ doghouses, here’s why I think the Japanese stock market will continue to rise.

First, Japanese companies are more focused on keeping investors happy, returning more money in dividends and share buybacks than ever before. Goldman Sachs estimates that buybacks could hit ¥6.5 trillion yen ($57 billion) in the 12 months ending in April 2017.

Second, there is plenty of buying power for Japanese stocks waiting in the wings. The Bank of Japan has doubled its annual exchange-traded fund (ETF) buying target to ¥6 trillion ($53 billion). Japan’s Government Pension Investment Fund, which is the world’s largest, now invests 25% of its assets in mostly Japanese stocks. Currently underweight foreign investors, who make up about 70% of the trading volume, are once again increasing their allocations to Japan.

Third, the falling Japanese yen provides a big boost to Japanese exporters. WisdomTree calculates that every five yen of depreciation against the dollar adds four percentage points to the earnings of Japanese companies. Despite the yen’s rally in 2016, analysts suggest that the Japanese currency could fall as low as ¥130. The bigger the decline, the bigger the profits.

The #1 Way to Profit from Japan’s Rally

So far, I’ve not touched on what may be the most important factor in supporting a Japanese rally in the long run: valuation.

Japan is one of the few stock markets on the planet that the father of value investing, Benjamin Graham, would find cheap.

Today, Japanese firms have more net cash than publicly traded companies in any other developed market. Over 40% of the Japanese stock market trades at a price-to-book-value ratio of below one. Japanese small-cap stocks are likely the cheapest asset class in the developed world, with hundreds trading at less value than the cash on their balance sheets.

Thanks to the weakening yen, the rally in Japanese stocks has not translated into substantial U.S. dollar gains.

After all, it does you no good to rack up 10% gains in the Japanese market if the yen depreciates by 10% as well.

Luckily, there is a solution.

Hedging against the depreciating yen has its benefits.

There is a danger, of course.

While yen-hedged ETFs have fared better than non-hedged peers during the recent yen collapse, if the yen strengthens, DXJS will underperform.

Still, the broader trend in the yen is decidedly down.

In case you missed it, I encourage you to read my e-letter column from last week about three international funds with incredible momentum.