Trump’s Effect on the U.S. Economy 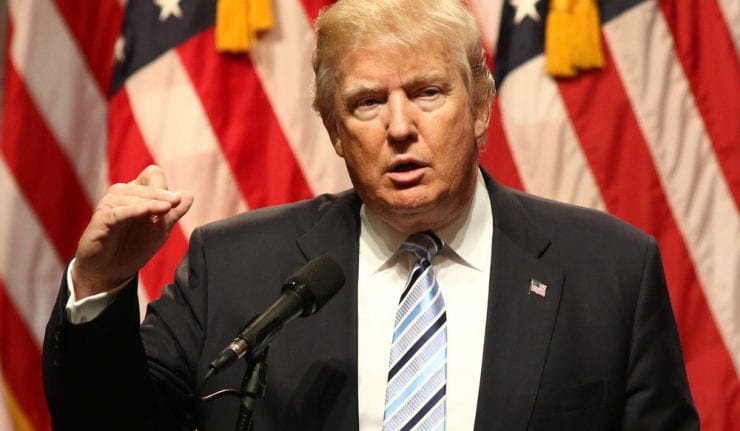 U.S. President Donald Trump is upbeat about making America great again. But his first two weeks as president had mixed results. Judging from the growing public protests about him and his policies, one cannot help but wonder if the new president is heading for trouble.

I moderated a panel at the MoneyShow in Orlando this week entitled, “How Will the New President Affect Your Portfolio?” The panel included two economists who are close to President Trump — Steve Moore and Larry Kudlow. Both now are on the outs with the new administration, so they could be honest in their assessment. Moore is now a senior contributor to CNN, and Kudlow remains a commentator on CNBC (and a big fan of my Gross Output economics statistic, he told me). Larry now says that he is no longer in contention to become chairman of the Council of Economic Advisors. Too bad, he would be great. Larry has just written a book, “JFK and the Reagan Revolution.” I recommend it highly. 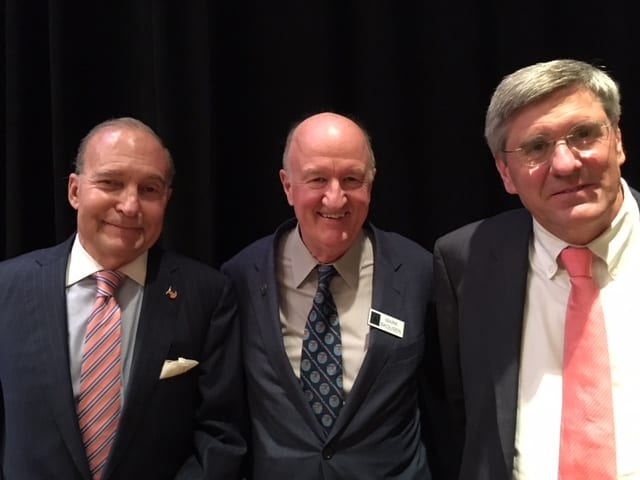 Moore and Kudlow were relatively optimistic about the chances for tax cuts and deregulation for business, and hopeful that the anti-trade policies won’t develop. But even Trump is now more realistic about how soon the Republicans can replace ObamaCare or cut taxes.

One of the panelists, Louis Navalier, said that with tax reform the stock market can move sharply higher, possibly by as much as 12% in 2017. But opposition is building fast against President Trump. Will he and the Republicans be able to pull off the reforms they are advocating? The Senate is the stumbling block, as usual. All bets are off. Until we know whether any reforms will take place, expect the stock market to flounder.

Last week, before the MoneyShow in Orlando, my wife and I had the great experience of meeting William Shatner, the highly successful Hollywood actor who is famous for his role as the captain of the USS Enterprise on the “Star Trek” television series and as a spokesman for Priceline. He will be the keynote speaker at our 10th anniversary FreedomFest, July 19-22, at Paris Resort in Las Vegas. 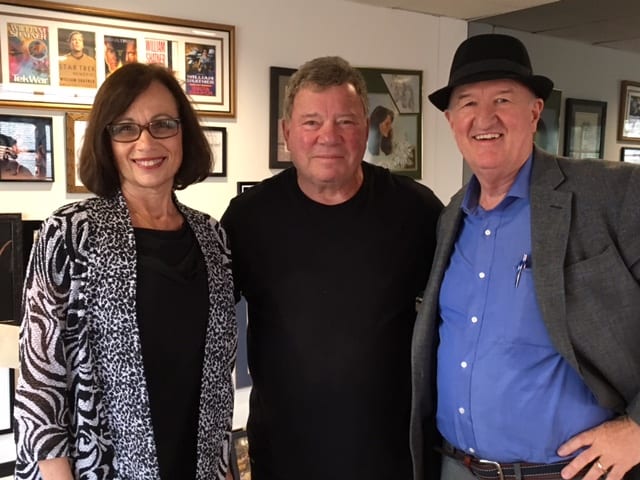 Shatner was quite friendly and expressed excitement about speaking to our group. His topic: “Exploring New Frontiers on the Free Enterprise.” He said he had read Ayn Rand’s “The Fountainhead,” and plans to talk about being an entrepreneur in the high-risk business of Hollywood filmmaking and television. He plans to take questions directly from the audience, and meet afterwards with up to 100 attendees, where he will sign copies of his latest book and take photographs.

I hope you will join us for this special occasion, which also includes celebrating Steve Forbes’ life and work as he turns 70 the very week of our conference. Register NOW at http://freedomfest.com/register-now/. Or you can call toll-free 1-855-850-3733, ext. 202 and talk to Amy, Karen or Jennifer. And be sure to use special code FS2017 to get $100 off of the registration fee!

My Next Two Investment Conferences

I’ll be discussing gold, Trump stocks and other investment strategies in two upcoming conferences in the next couple of months:

–EconoSummit, Feb. 25-26, The Orleans Hotel, Las Vegas: Sponsored by the Las Vegas Investment Club, I will be speaking on “Lies, Myths and Realities: What Every Investor Should Know about the Global Economy and the Markets in 2017” and “My Lucky Seven Lessons in Money and Investing: Updated for 2017.” The two-day seminar is normally $299 per person, but my subscribers get a $199 credit when you show up, so your net cost is only $100. To sign up, go to http://lvinvestmentclub.com/econosummit-registration-mark-skousen-promo/.

–Investment U, March 15-18, The Vinoy Renaissance Resort, St. Petersburg, Florida: Join the Oxford Club experts (Alex Green, Dave Fessler, Rick Rule and Frank Holmes) and me as we discuss the most profitable strategies to achieve the American Dream under President Trump. To find out more, go to http://events.oxfordclub.com/IU2017/IU-2017-MarkSkousen.html.

In case you missed it, I encourage you to read my e-letter article from last week on what it means for the DOW to have broken the 20,000 mark.

Can Anything be Done About poor Customer Service at the IRS and Social Security/Medicare?

One way President Trump could make America great again is to improve customer service at various government agencies, such as the IRS, Social Security and Medicare.

Have you ever tried to call the IRS, Social Security and Medicare on their 800 numbers? It’s a joke! Waiting times are often hours upon hours before a caller can speak to a real person about a problem.

My son called the IRS to dispute a tax bill and held the phone for more than 10 hours before someone answered. He left his cell phone running the entire time while doing other things on a computer during the wait.

I recently called the Social Security Administration to find out the answer to a question. The automated voice operator said that the wait would be at least an hour.

Instead of putting a freeze on hiring new U.S. government employees, maybe Trump should re-assign current federal workers to answer their phones.

It is peculiar that the IRS always asked for my phone number on the quarterly filings that I submit, but the agency consistently sends me a letter when there’s a tax issue rather than have an employee pick up the telephone and call me.