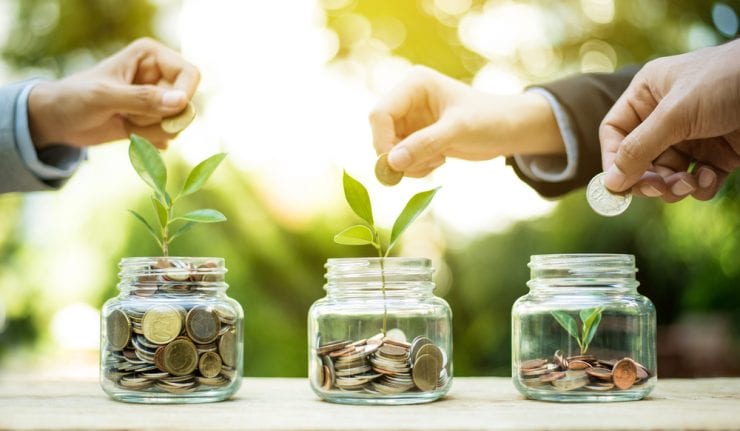 When headlines cross the tape that the S&P 500 is pressing up against a new all-time high, it is important to note that five big-cap tech stocks make up around 12% to 13% of the index and are doing much of the heavy lifting.

Shares of Microsoft, Alphabet (Google), Apple, Amazon.com and Facebook have been coined “pillars” of the market and are doing most of the heavy lifting. From this perspective, things might look healthy for equities.

Apple is up 23% year to date, while Google is up 9% and Microsoft has climbed 6%, Amazon has risen 20% and Facebook is up by 25%. It is worth noting that Apple, Facebook and Amazon already have jumped at least 20% for the year, and this is one of the reasons the stock market is holding up so well. To date, the S&P 500 index is trading well above its 200-day moving average.

But underneath this seemingly strong market landscape, about 120 to 130 stocks in the index are actually trading below that moving average. And with earnings season being judgment day for every publicly traded stock, there are plenty of investors taking it on the chin from disappointing, widely-held stocks. Shares of Goldman Sachs and IBM are poster children of the wrath Mr. Market can exact on the market cap of an institutional darling when the company misses quarterly estimates. Both stocks were summarily beaten down.

And there have been other high-profile disappointments in “trusted” names that give pause as to how investors cannot be complacent during a time when there are some very rosy predictions for first-quarter earnings. As Travelers, Phillip Morris International and Wells Fargo continued to rain poor results on the market, the media quickly has moved the focus to where good earnings are being rewarded, and that’s in big-cap tech, industrial and transportation companies.

Banks have been posting good results, but the market doesn’t care because Treasury yields have declined precipitously in the past month, which is perceived as negatively impacting interest rate spreads. So, there is no love in what was the hottest sector coming into 2017. There currently are a bevy of investors who are seeking a safe haven in stocks such as JPMorgan, Citigroup, U.S. Bancorp and Bank of America that was working so well and is now acting like dead money.

This kind of dislocation is not uncommon and simply illustrates that some sectors are very crowded trades and thus have a bigger-than-normal impact on investor sentiment when disappointment starts becoming more widespread. Add to the mix the saber-rattling in the Korean peninsula, an upcoming contested French presidential election, attacks on ISIS and more heated exchanges with Iran. These factors paint a landscape of more elevated risk than some people have an appetite for accepting, especially when so-called ‘bunker’ stocks are getting creamed.

Clearly, not everything in the “widows and orphans” sectors is working and stock selection is back at a fresh premium. While there are some big-time losers in the early part of the reporting season, there will be a stable of winners that will emerge as the new dividend-paying leaders for 2017. It is a reason why earnings season is important. It cuts and clarifies where money flows are going to be directed for weeks and months ahead.

To address this quandary, many investors are turning to both the Safe Haven and Conservative High-Yield Portfolios offered at Cash Machine. Not only are the companies recommended in those portfolios meeting and beating estimates, their stocks are paying yields of 4-8% while exhibiting about half the volatility of the broader market. There are currently 22 positions combined in both portfolios that offer investors a fantastic alternative to the 1-3% dividend yields most of big-cap stocks that make up the Dow and S&P indexes offer.

There is safety and capital appreciation in the higher dividend space. One just has to know where to go to find it. That place is Cash Machine, a high-yield income advisory service with income and capital preservation as its primary objectives. I invite all that desire a smoother ride through what is fast becoming a volatile earnings season to click here and take a tour of how we get the job done for income investors, week after week, month after month, year after year.

In case you missed it, I encourage you to read my e-letter from last week about how Trump’s unsuccessful attempts to pass his agenda have affected market expectations.