Which Way to Beat the Market: Long-Term Investing or Short-Term Trading? 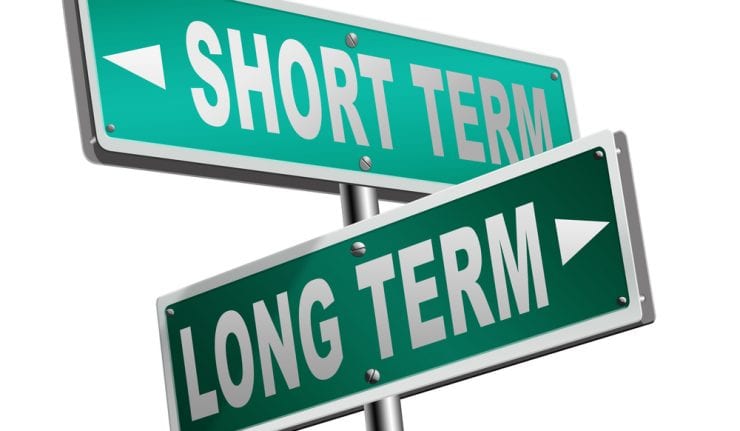 You’ve got to know when to hold ’em

Know when to fold ’em

Know when to walk away

And know when to run

Caesars Palace in Las Vegas is known to host great boxing matches. On Tuesday, May 16, at the MoneyShow at Caesars, I faced Mike Turner (sounds like the name of a boxer, doesn’t it?) in a showdown over the big debate in finance, “Which way is better to beat the market: buy and hold, or market timing?” It was a classic fight between the financial economist vs the technical mathematician. 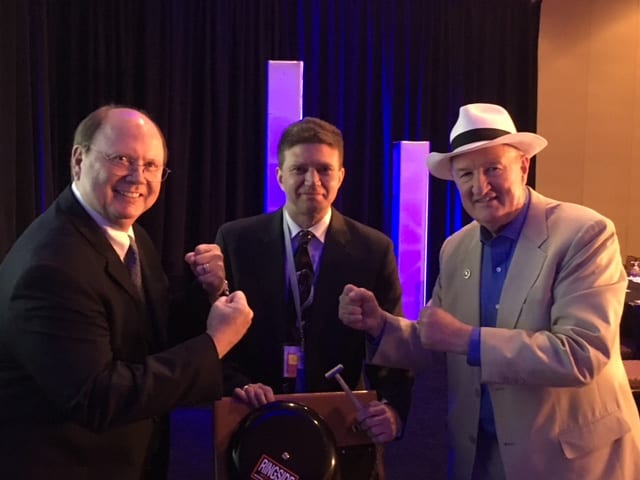 Mike Turner is the editor of several trading services published by my publisher, Salem Eagle Financial Publications. He is a cycle trader (his website is “Turner trends”) who contends that his sophisticated technical systems allow you to avoid bear markets and to “perfectly” time the markets.

Perfectly? As a trained economist and long-time investor who has seen it all in my 40 years in the marketplace, I am very suspicious of anyone who arrogantly thinks he can time the market, let alone “perfectly” time the market.

The biggest challenge to all market timers is to distinguish between what is a short-term bull-market correction and the beginning of a bear market (or a bear-market rally and the beginning of a bull market). Sometimes a trader has developed a system that works, but then something changes in the next cycle and the “fool-proof” system fails.

Right now, Mike Turner has a good track record as a short-term trader, and my conservative long-term track record is pretty good (so I’ve been told by subscribers).

But as Warren Buffett says, “Only when the tide goes out do you find out who’s swimming naked.”

Mike does bring up a major worry for all investors: How to avoid a major bear market that comes around every 10 years or so? It would be nice to avoid it if possible and get into cash. But then it’s hard to know when to get back in.

Mike says his system is the solution. I have my doubts. Besides, I think you can achieve above-average returns in the market by creating a well-diversified portfolio of non-correlated investments (including stocks and gold) held over the long term with much less work and effort. All the great investors have used this approach, including Warren Buffett, John Templeton and Peter Lynch.

At this year’s Berkshire Hathaway shareholders’ meeting, Warren Buffett addressed this issue. Remember, he’s the greatest investor of our generation, and spoke volumes when he said:

“Well, the big mistake is thinking they know when to buy and sell stocks,” Buffett says with a chuckle. “That there are times to buy ’em and times to sell ’em. There’s times to buy ’em. And eventually maybe, when you decide to start dis-saving when you’re 70 or 80 years of age or something of the sort, at that time you may sell ’em.

The attempt to beat the market by tilting asset class weighting and trading in and out of stocks is known as active investing. Buffett recommends passive investing through a “very, very low cost S&P 500 index fund.”

“They don’t need to do anything but that,” Buffett says. “Then they’ll get a decent result over time. To some extent, the smarter you try to be, the worse you do in investments. Now, there’s a few professional investors that will do better than the S&P over time. But the average individual isn’t going to be able to find them. And they don’t need them. That’s the beauty of it.”

Buffett’s advice reminds me of the story that Peter Lynch told. He was the manager of the most successful mutual fund, the Fidelity Magellan Fund, from 1975 to 1990. Yet, despite its success, he said that a study found that most of his shareholders lost money. Why? Because they tried to time the market, and avoid bear markets. The vast majority of investors couldn’t do it successfully.

Now maybe Mike Turner has discovered the secret formula that thousands of other bright advisers and money managers have missed. Meanwhile, I remain skeptical.

Who won the debate between me and Turner? Over 60% of the audiece were in Turner’s camp, and only a handful changed their minds in either direction. So, it basically was a draw.

Only time will tell who’s right.

In case you missed it, I encourage you to read my e-letter from last week about the disadvantages, as well as appeals, to communism.

Exclusive  Taking a Step Back from the Plate

Our big 10th anniversary celebration is two months away! Our hotel block is almost full! Sign up now and take advantage of our $100 discount. Use code FS2017 when you sign up at www.freedomfest.com, or call toll-free 1-855-850-3733, ext. 202, and talk to Karen, Jennifer, or Amy. Then call the Paris Resort and book a room.

Although yesterday’s sharp sell-off in the U.S. stock markets may have unnerved some human traders, the Alpha Algorithm continued to generate its recommendations while giving no attention to Mr. Market’s mood swings. This week’s Alpha Algorithm recommendation is Citigroup Inc. (C). Based in New York, Citigroup is a global financial services company providing its customers with a broad range of financial products and services. These inc