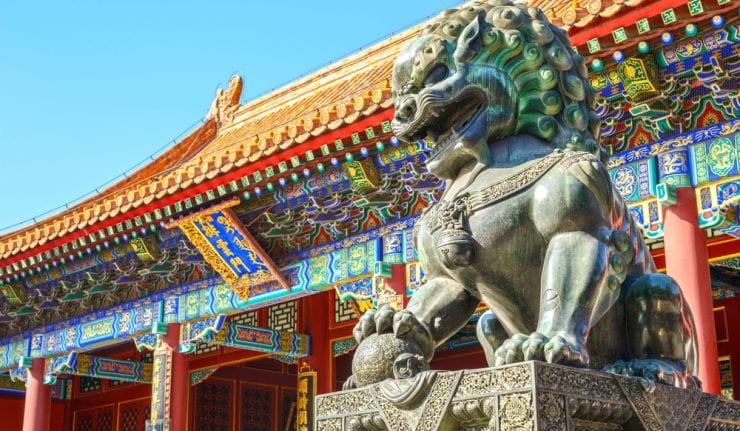 Few investment themes have promised more but delivered less than investing in China.

These dashed expectations are probably familiar to you if you’ve ever invested in the Chinese stock market.

Had you invested in the largest Chinese exchange-traded fund (ETF) — iShares China Large-Cap (FXI) — back in the summer of 2007, you’d have made no money over the past 10 years.

In contrast, even after enduring the greatest financial crisis since the Great Depression, you would’ve earned a solid 64% in your S&P 500 index fund.

This flat performance of the Chinese stock market occurred even as the size of China’s economy exploded over the past decade.

Something doesn’t add up.

On the one hand, China’s relentless economic growth, flashy coastal cities and world-beating infrastructure should make investing in China a “no-brainer.”

On the other hand, widespread corruption, exploding debt and mercurial government intervention have made investing in China’s stock market dead money over the past decade.

Dalio discusses this model in detail in a video called “How the Economic Machine Works” that has been viewed over four million times on YouTube.

Dalio argues that conventional economics does not pay enough attention to the individual components of supply and demand.

To understand demand properly, you must know whether it is funded by the buyers’ own money or by credit.

Dalio focuses on the roles of two cycles in the economy: the business cycle, which typically lasts five to eight years, and a long-term debt cycle, which can last 50-70 years.

A business cycle usually ends in a recession, because the central bank raises the interest rate, reducing borrowing and demand. Business cycles happen often, and policymakers understand them well.

In contrast, a debt cycle comes along once in a lifetime, which is why they are poorly understood.

An ordinary recession ends by the central bank lowering the interest rate again.

In contrast, a long-term debt cycle deleveraging requires a combination of debt restructurings and write-offs, austerity, wealth transfers from rich to poor and money-printing.

Dalio argues that the world today is at the very end of a longer 70-year deleveraging cycle. Since 2008, the world has added over 50 trillion dollars of new debt.

And no developing country has added more debt relative to its GDP than China.

Is China the Next Japan?

In Dalio’s model, the biggest problem for both the global economy and China is debt. Today, China’s total debt stands at 250% of GDP and it is climbing fast.

The last time economists saw this was in Japan. In Japan, it took 25 years for its debt to double. China managed to double its debt from 115% of GDP to more than 210% in a mere nine years.

Does China’s high debt put it at risk for repeating the fate of Japan’s “lost decade”?

Sure, China has so far avoided a much-prophesied “hard landing.”

China’s mandarins have pulled out all the stops in introducing reforms to keep the economy going. The challenges are many.

Policymakers are trying to deflate a massive real estate bubble. They have orchestrated over $1 trillion of strategic mergers since 2014. Most crucially, they have forced banks to lend an additional $1.9 trillion to companies to ensure that they reach target rates of economic growth.

Still, the Chinese economy is not above the laws of economics.

And perhaps China’s stock market returns of the last decade confirm this.

After all, returns for stock market investors in China’s booming economy have been virtually identical to the returns of the stagnant Japanese economy over the past 10 years. 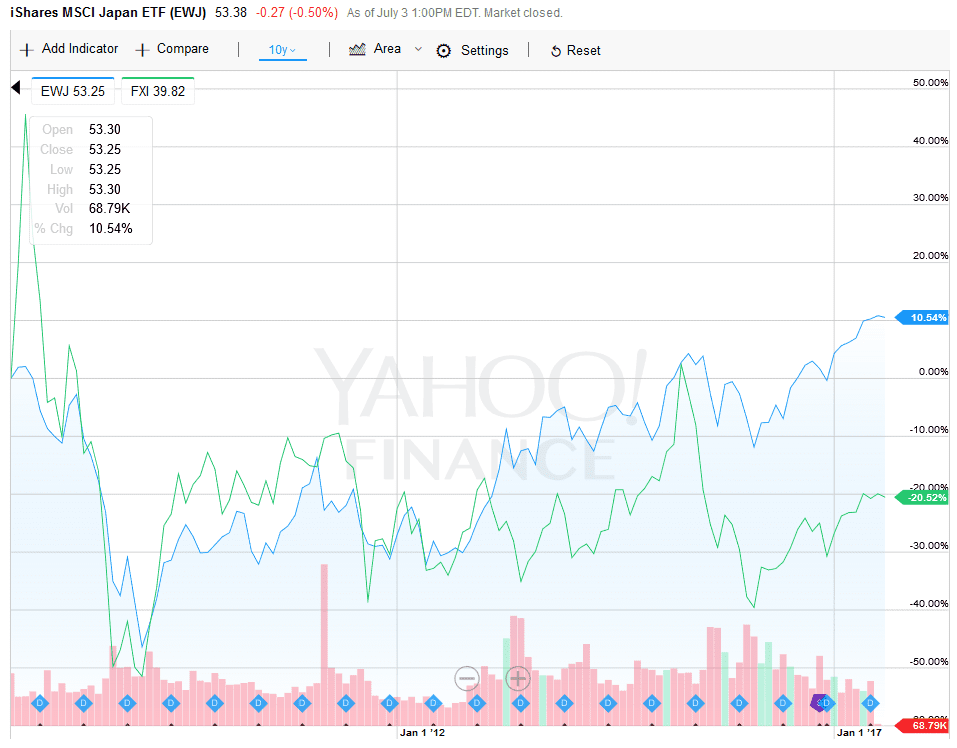 China on the ‘Speed Bus’

Back in 2007, I wrote that the Chinese economy was like the bus in the movie “Speed.” That movie was about a bus that went out of control on the L.A. freeways. The twist was that the bus had a bomb strapped to it. And if the bus ever slowed down to below 50 miles an hour, it would blow up. That’s still a perfect metaphor for the Chinese economy.

The Chinese economy’s speedometer is edging ever closer to its own equivalent of 50 miles an hour.

Just make sure you aren’t on the Chinese bus when it blows up.

In case you missed it, I encourage you to read my e-letter from last week about this country that has been beating China in terms of growth.

P.S. Ray Dalio’s #1 pick was the latest recommendation in my new monthly investment service, Smart Money Masters, where I recommend stocks based on the actual holdings of the world’s top investors.

The current Smart Money Masters‘ portfolio includes both Warren Buffett’s and George Soros’ top investment bets, as well as those of lesser-known, but potentially even more successful, smart money investors. One great example is the “compounding machine,” which has out-gained the S&P by 9,540% to 848% since 1986. To learn all about it, keep reading here.

P.P.S. Don’t forget to register for my colleague Mark Skousen’s annual FreedomFest, July 19-22, 2017, at the Paris Resort, Las Vegas. The Washington Post has called it the “greatest libertarian show on earth.” I’ll be there moderating a panel discussion featuring the Oxford Club’s Alex Green and long-time commodity bull Jim Rogers.

As we celebrate July 4, it is important to remember that economic freedom provides the foundation for America's growth over the years.