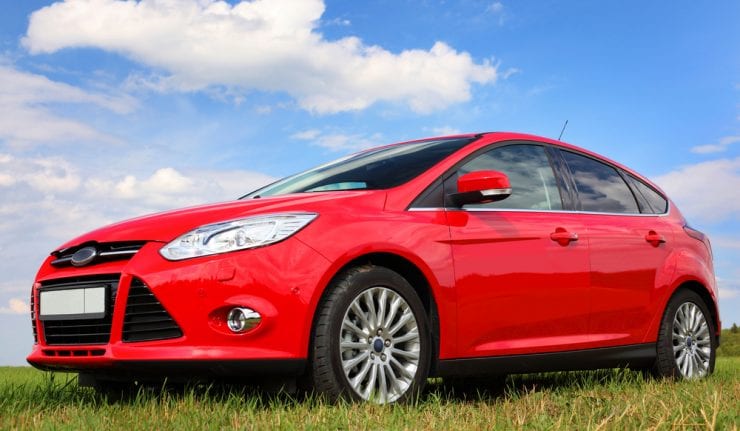 Chances are you haven’t heard of Mohnish Pabrai — a former Indian software entrepreneur who has transformed himself into one of the world’s leading value investors.

Pabrai admitted that he had never heard of Warren Buffett until he was over 30. Today, Pabrai is one of Buffett’s biggest disciples.

In 2008, Pabrai even bid $650,000 to have lunch with the “Oracle of Omaha” in what he called his “best investment ever.” Buffett must have given Pabrai some good advice at that lunch, based on what happened next.

That rate of return works out to an average annual return of around 15%, compared with 9.62% for Berkshire Hathaway (BRK-B) in the same period.

Like any good value investor, Pabrai bets on undervalued companies. He then waits patiently for the market to recognize that value.

Today, Pabrai’s top bet is Fiat Chrysler Automobiles N.V. (FCAU). As of March 30, 2017, Pabrai’s position in Fiat hit an eye-popping 34.45% of his fund’s $405 million portfolio.
Pabrai’s bet on Fiat Chrysler is a huge gamble even for a man who likes to place big bets.
After all, automobile companies are among the least loved stocks around. All the main automobile car companies such as Ford (F) and General Motors (GM) have underperformed the S&P 500 this year.
The sole exception is Fiat Chrysler.
Just over the past year, the stock is up by 96.49%, compared with an 11.04% gain in the S&P 500.

Fiat Chrysler Automobiles N.V. (FCAU) vs the S&P 500 over one year

When Marchionne took the helm at Fiat in 2004, the company was close to bankruptcy. Fiat had churned through three chairmen, five CEOs and three heads of Fiat Auto in the previous four years. Since Marchionne took over, Fiat’s value has risen eightfold over the course of 13 years.

In 2009, when the U.S. government was about to liquidate Chrysler, Marchionne negotiated the purchase of Chrysler — and paid no cash to close the deal.

During his tenure, Marchionne has focused on unlocking value in Fiat’s line of cars. Well-versed in the dark arts of financial alchemy, Marchionne has always understood that the sum of the parts of Fiat Chrysler is worth far more than the whole.

That’s why Fiat Chrysler spun out Ferrari N.V. (RACE) in October 2015. Since then, the share price of Ferrari has doubled. Astonishingly, today Ferrari now has a larger market cap than parent Fiat Chrysler itself.

Marchionne has said in recent interviews that Fiat Chrysler also intends to sell or spin off its auto parts business. On track to produce $500 million in cash flow, Pabrai estimates that the division is worth more than $5 billion as a stand-alone business. That’s equal to about 25% of Fiat Chrysler’s market cap today.

Morgan Stanley has calculated that if Fiat Chrysler spun off its Jeep brand, it could be worth as much as all of Fiat Chrysler today at current stock prices.

Pabrai believes that if Fiat spins off or sells Maserati or Jeep, Fiat Chrysler’s total valuation could go above $30 a share.

In the past, Marchionne has wanted to merge Fiat Chrysler with GM. Sadly, GM was never interested in expanding its global footprint. In fact, the U.S. automaker is pulling out of Europe after losing billions of dollars on its Opel and Vauxhall brands.

Marchionne certainly is not lacking in suitors for the company he leads.

Shares of Fiat Chrysler N.V. (FCAU) have surged in recent weeks after reports of a potential acquisition of the entire company. Automotive News reported that at least one Chinese automaker had made an offer for Fiat Chrysler. Fiat Chrysler’s board rejected the offer, which was at a small premium over Fiat Chrysler’s then-current market value.

Fiat Chrysler is probably the most appealing acquisition target among the major global automakers for the Chinese. Any sale would likely include the Jeep, Ram, Dodge, Chrysler and Fiat brands. The Italian Alfa Romeo and Maserati brands would be spun off, as former Fiat Chrysler subsidiary Ferrari (RACE) was, to stay under the control of Italy’s Agnelli family, the descendants of Fiat’s founder.

With Marchionne set to retire in 2019, Pabrai believes that Fiat Chrysler will do a major deal in the next two to three years. With the rise of electric cars, software and autonomous vehicles, a high-tech giant such as Apple or Google also could bid for Fiat Chrysler.

So what is the upside in Fiat Chrysler stock?

Pabrai has said that he would be astonished if Fiat is not trading for at least $20 a share by 2018.

If Fiat does do a deal, he predicts the price would be at least $30 per share.

With the stock closing at $13.44 yesterday, that’s substantial upside from current levels.

P.S. Fiat Chrysler Automobiles N.V. (FCAU) is the most recent recommendation in my monthly investment service, Smart Money Masters, and is up 15.66% just since Aug. 11. This service is where I recommend the latest and best “smart money” picks just like this one.

The current Smart Money Masters’ portfolio includes Warren Buffett’s, George Soros’ and hedge fund manager Bill Ackman’s top investment bets. One recommendation follows a strategy that is beating Buffett at his own game. You can read about it here.

In case you missed it, I encourage you to read my e-letter from last week about my top bet in the global stock markets.

This week’s Momentum Trader Alert recommendation comes from Mexico, the fifth best-performing stock market of 2017 from among the 47 global markets I track around the world on a daily basis. Mexico's performance this year may come as a big surprise given the negative market sentiment that surrounded Mexico and its economy following the election of Donald Trump as president of the United States. Founded in 2000 and based in Mexico City, Mexico, América Móvil, S.A.B. de C.V.