Retail behemoth Wal-Mart (NYSE:WMT) is a company that should show that not all brick-and-mortar stores will disappear in the coming years.

Despite increased online retail sales driven by Amazon.com (NASDAQ:AMZN) hurting brick-and-mortar retailers, Wal-Mart is proving to be as formidable as ever. In Wal-Mart’s second-quarter 2017 earnings report, the company announced that comparable store sales rose 1.8%, while store traffic grew by 1.3%.

It should be noted that Wal-Mart’s second-quarter comparable growth marked the 20th consecutive quarter Wal-Mart posted increases. That accomplishment is especially notable in the face of forecasts that Amazon is destroying brick-and-mortar retailers.

Furthermore, overall revenue increased by 2.1% year-over-year as the “King of Brick-and-Mortar Retail” produced net sales growth in its e-commerce business of 60% year-over-year. Wal-Mart’s acquisition of Jet.com, in addition to some smaller e-commerce websites, seems to be paying off. The e-commerce growth, in addition to overall sales growth, is a clear indication that while other brick-and-mortar retailers are being crushed by Amazon.com, Wal-Mart is still doing just fine.

As it sits today, Wal-Mart is trading at just 18 times its earnings per share, has a market capitalization of $240 billion (just about half of its yearly revenue), pays a dividend yield of 2.5% and operates more than 11,500 physical locations around the world.

For decades, Wal-Mart grew and crushed the competition because of its size and scale, which allowed it to offer products less expensively than its competition. Amazon figured out how to undercut even Wal-Mart by not having physical locations, which reduced operating expenses. But Amazon now has grown to a point that it needs more physical locations if it wants to offer cheaper and faster shipping, hence one possible reason behind the $13.7 billion Amazon-Whole Foods acquisition.

Amazon announced plans to raise the bar for cost-effectiveness by cutting the prices that will be charged for food at Whole Foods, which prior to the Aug. 28 merger date had developed a reputation for offering nutritious food at high prices.

Amazon clearly has the e-commerce game figured out and has a long head start on Wal-Mart in that realm. Wal-Mart’s 11,695 world-wide locations give it the advantage in not only physical footprints, but prime locations. Wal-Mart’s 4,600 U.S. locations already allow 90% of the American population the ability to live no more than a 15-minute drive and be at one of the company’s stores. What a ridiculous advantage this gives the company in terms of online sales and fast delivery.

While Amazon is envisioning how to set up drone hubs within minutes of most Americans, Wal-Mart already has the warehouse infrastructure with each of its stores and a massive rooftop take-off and landing location for drones, if it opts to use them. If Wal-Mart instead chooses to retain its current strategy, it still can offer 90% of Americans with easy access to its products through its existing stores.

There is no denying that Amazon is currently the faster growing company when compared to Wal-Mart, but that doesn’t mean Wal-Mart should be pushed to the side and avoided by investors. When the dust settles from the retail grocery wars, Amazon and Wal-Mart are the two most likely companies to still be standing.

Even though Wal-Mart hasn’t shown big growth figures in years, its new competition with Amazon may just have been what the company needed to nudge it out of its slow-growth funk. Plus, who said there only can be one winner in retail?

At the time of this writing, Matt Thalman owned shares of Amazon.com and will soon start building a position in Wal-Mart. Follow him on Twitter at @mthalman5513. 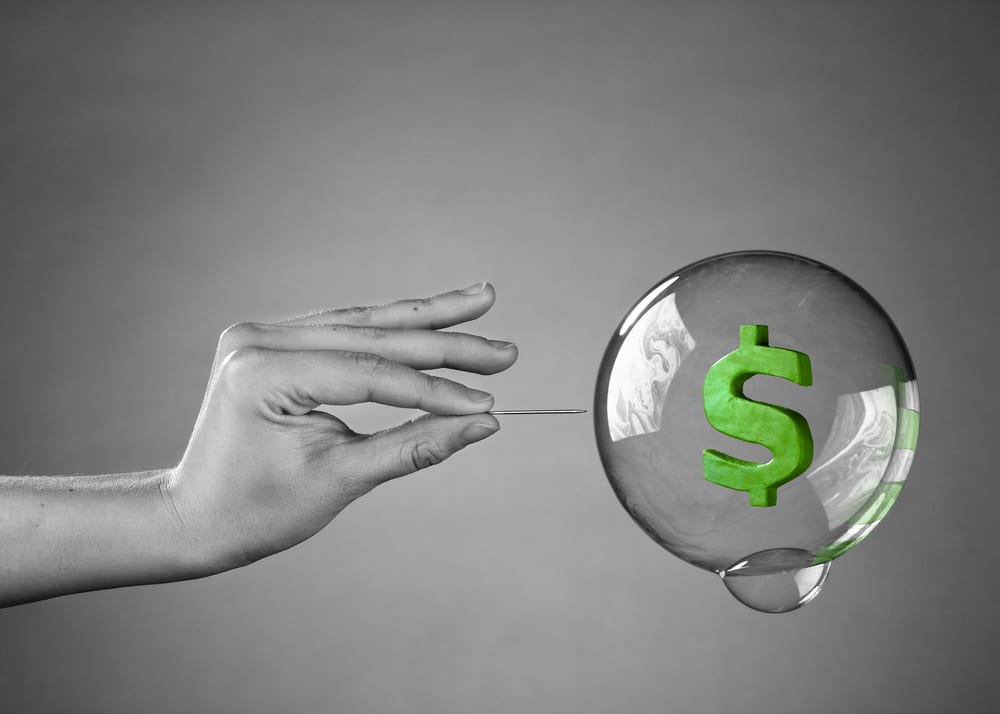 For the last two decades, overvalued stocks have been a constant worry for investors. Economist Mark Skousen examines whether there is need to worry.