5G Income Stocks Are A Buy 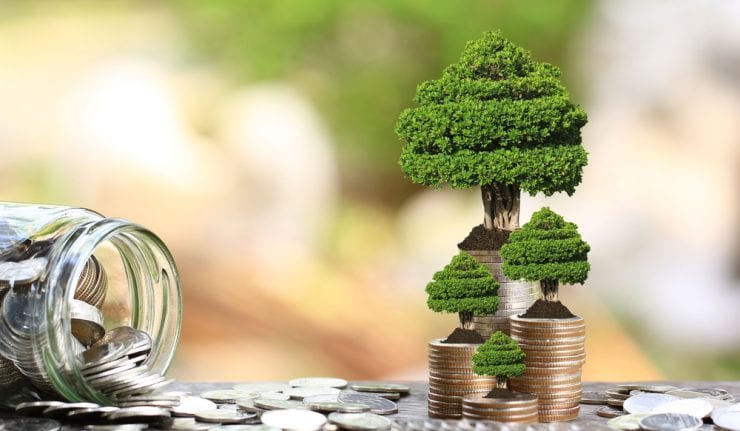 “There is much revenue in economy, and no revenue is sufficient without economy.” — Benjamin Franklin

I have not retired yet — I’m still teaching economics, writing an investment newsletter and speaking at conferences — but like many of you, I’m concerned about making sure my wife and I have enough to live on if and when we decide to retire.

I also just signed up for Social Security, so I am glad to see that apparently I made the right choice, according to Marc Lichtenfeld in his great new book, “You Don’t Have to Drive an Uber in Retirement: How to Maintain Your Lifestyle without Getting a Job or Cutting Corners.” Click here to buy on Amazon. 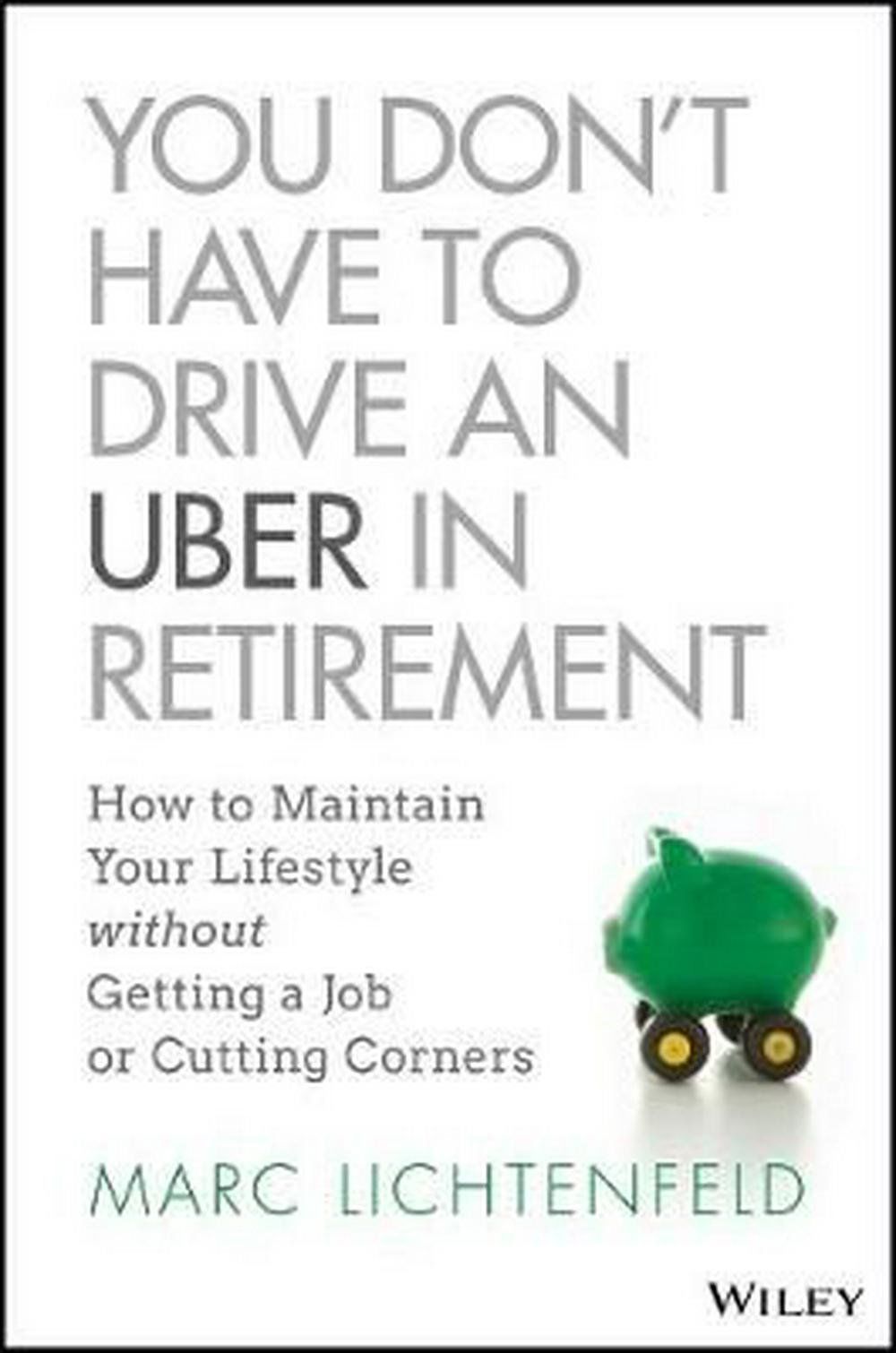 Among the many tips Lichtenfeld provides in his excellent, comprehensive study, he suggests that if you are in good health, you should wait until age 70 before taking Social Security. You’ll get 8% more per year compared to getting paid when you are 62, 65, or 67, and if you live to the average lifespan, you will be ahead by thousands. Moreover, retirees are active and living longer, so you will be even more ahead.

The Key to Successful Retirement

What is the key to successful retirement, that is, maintaining a fulfilling lifestyle in your mature years? Lichtenfeld covers all the basics: stay active and healthy, exercise, play sports, eat right, socialize a lot with family and friends, meet new friends, keep learning, do volunteer work, be involved in your community, run for office, attend church or other religious/spiritual activities, read books and newspapers, check your email and text your friends. But don’t spend all your time watching TV, playing video games, or hitting a white ball around the green hills of America every day. Diversify!

That’s quite a laundry list, but the whole idea is to keep your mind, body and soul lively and engaged.

Despite the title, Lichtenfeld is not against working in retirement. He makes a point that you may want to have a part-time job like driving for Uber or Lyft, but it should be voluntary. “You don’t have to drive for Uber, but you may want to.” Retirement can get boring fast if you don’t have something engaging to do.

Boosting Your Income in Retirement

Most importantly, Lichtenfeld shows a variety of ways to boost your income in retirement, beyond your pension and Social Security checks. Besides a part-time job, you should have an investment account with a brokerage firm, including an individual retirement account (IRA) or 401(k) plan. He shows you how to increase your income by switching to high-quality companies that pay a high and rising dividend, what he calls “Perpetual Dividend Raisers.” I call it the SWAN Strategy: Sleep Well at Night! Don’t miss that section.

In fact, you may want to read another one of his books called “Get Rich With Dividends.” Click here to buy on Amazon. And you may want to subscribe to his newsletter, The Oxford Income Letter, to keep current and find new ways to invest.

He also writes about using put and call options in a conservative way to earn more monthly income. And that’s not all: He gives you sound advice about being tempted to earn more money by loaning money to family members, lending funds to friends and neighbors and buying tax liens.

Loaning Money to Relatives: Do it the Right Way

Speaking of loaning money to relatives, I was once approached by a younger brother who wanted to borrow $5,000. Instead of loaning it to him directly, together we went to a local bank, where I deposited $5,000 into a bank certificate of deposit (CD), and then the bank loaned my brother the $5,000, with a lien on the CD. This strategy increased the chances that my brother would pay off the loan, because if he didn’t, it would go on his credit rating. Guess what? He paid off the loan early!

Regarding the desire to earn more income, I would add one more word of caution: Beware of financial fraud-peddlers who promise extraordinary profits or “guaranteed” above-average returns.

Watch a few episodes of “American Greed” and you’ll avoid the next Bernie Madoff scandal. Don’t count on the Securities and Exchange Commission or your state securities office to protect you against fraud. If you lose your money, there is no federal fraud insurance. Caveat emptor — let the investor beware.

Also, be sure to diversify. Don’t put all your eggs in one basket. Never forget: In your youth, you want to concentrate your business interests and make a lot of money; when you are older, you want to diversify to preserve your principal.

A lot of retirees focus solely on their income and making sure they have enough to enjoy life. But as Lichtenfeld shows, you should also watch your expenses and cut your cost of living without cutting your standard of living.

The last half of the book is as important as the first half. It is all about “cutting costs” and looking for bargains when it comes to Medicare, life and medical insurance, taxes, buying a car, traveling for less, staying at hotels, going on cruises, etc. Remember the words of Erasmus: “Frugality is a handsome income.” And Seneca, who said, “Economy is a great source of revenue.”

Following Marc Lichtenfeld’s advice, you might end up like Arkad in “The Richest Man in Babylon.” The author George Clason writes, “In old Babylon there once lived a certain very rich man named Arkad. Far and wide he was famed for his great wealth. Also, was he famed for his liberality. He was generous with his charities. He was generous with his family. He was liberal in his own expenses. But nevertheless, each year his wealth increased more rapidly than he spent it.”

I would offer another word of caution. Don’t become a miser in your old age, where you are too conservative when it comes to spending money or going on vacations. Remember, two of the hardest things to do in life are to save when you are young and spend when you are old. Learn balance in life. Don’t be a spendthrift, but don’t be a miser either.

Can You Make Money Fast in Retirement?  Yes!

Good news! Marc Lichtenfeld will be speaking at our unique “Fast Money Summit” at FreedomFest, July 11-14, 2018, Paris Resort, Las Vegas. Speaking of fast money, Lichtenfeld has a remarkable track record of finding big profits in dividend-paying stocks, such as these real-world examples taken from the latest issue of his Oxford Income Letter:  AbbVie, up 130%; Darden Restaurants, up 133%; Nippon Telegraph and Telephone, up 149%; Digital Realty Trust, up 158%; Texas Instruments, up 274%; and Raytheon Co., up 277%.

My Forecasts & Strategies investment newsletter and trading services have recommended many of these same stocks with great results. In my newsletter alone, I have six current positions that are up 397%, 280%, 179%, 137%, 108% and 105%. One of those recommendations is one I consider a good under-the-radar dividend-paying investment, Main Street Capital (NYSE: MAIN).

At the “Fast Money Summit,” Lichtenfeld and I will give new recommendations. Come join us!

You Blew It! Law Enforcement Fails in Parkland, Florida, Shooting

“If you see something, say something.” — Government warning

The story is finally coming out that both the local police and the Federal Bureau of Investigation (FBI) did a lousy job of protecting students from violence-prone wayward students.

The security official assigned to the Douglas High School in Parkland, Florida, was on campus through the entire event, armed and in uniform, but he remained outside the high school and failed to engage the gunman during the attack.

Other police officers near the scene also failed to react quickly to the shooting that left 17 students dead.

Worse, the FBI and the local police department received numerous reports that the gunman was a violent young man who should have been monitored and certainly should not have been allowed to own guns.

Just a month before the shooting, a woman close to the young hoodlum warned the FBI and the local police that he was a troubled youth who had a growing collection of guns and an uncontrolled temper.  He could “get into a school and just shoot up the place.”

“I know he’s going to explode,” she told the FBI.

During the 13-minute phone call, the woman described a teenager prone to anger with the “mental capacity of a 12- to 14-year-old” that deteriorated after his mother died last year.

She also called the local police in Parkland, Florida, after the 19-year-old wrote online, “I want to kill people.” She said he had killed animals and once held his mother at rifle-point.

We’re constantly told by government officials, “If you see something, say something.” But what’s the point if nothing is done about it?

Of course, there always is the danger that sins of omission will lead to sins of commission — where federal agents or local police go overboard and go after innocent citizens who aren’t violent but have unconventional opinions. Where is the proper balance? It is a tough call for a free society.

We need to focus on both the symptoms and the cause of violence in America. Today’s debate seems to be all about gun control and police response, but we also need to do a better job of raising children who are mentally stable and make a positive contribution in life. A wholesome family environment is a good starting place. 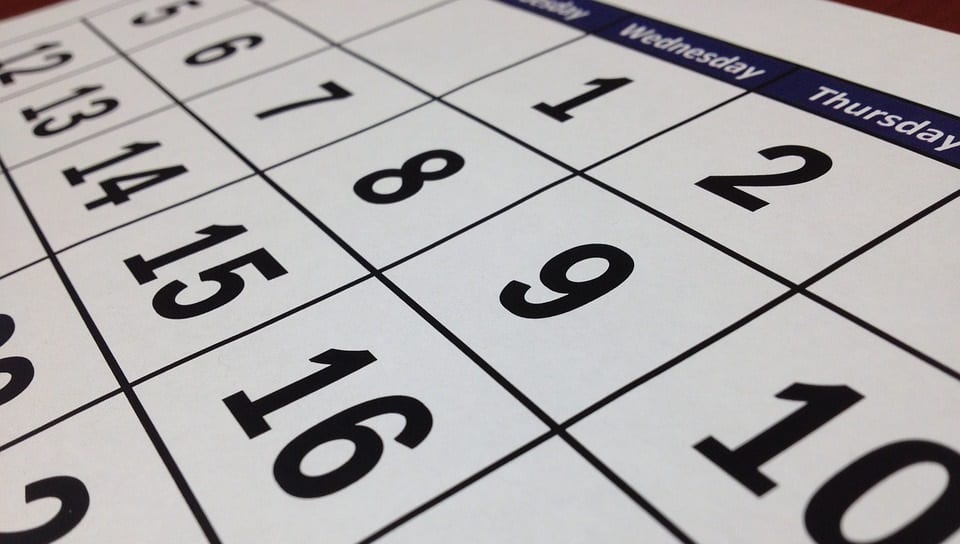 4 Dividend Distribution Dates Every Investor Must Know and Understand