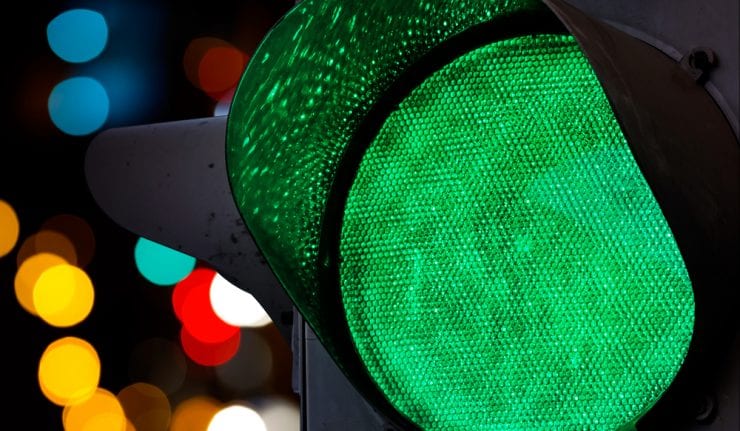 Regardless of all other headlines that might cross the tape, these three were the top concerns by market participants because they have wide-reaching effects on financial markets, unlike many other potential disruptive forces. The combined impact of these perceived headwinds caused the market to swoon, stopping the recovery we saw from early February’s large sell-off.

The possibility of a trade war has investors tuned into possible global retaliation to the U.S. tariffs and its implication on and from North American Free Trade Agreement (NAFTA) partners. In the past, periods of protectionism, where government policies and actions restrict international trade with the intent of protecting domestic business as Trump suggested, have not been great for investors.

With these separate caution flags out, the market’s penchant to trade higher remains well-rooted on the continuation of the synchronized global reflation trade that, for the sake of argument, is unprecedented in modern times. Because if this broad economic inertia, the current investing landscape has a long glidepath of bullish visibility that will reward properly positioned stock portfolios richly in the weeks and months ahead.

As last Friday unfolded, all three market headwinds lifted, at least for now, following the February jobs report that showed average hourly wages grew at a 2.6% annual pace, down from the 2.8% reported for January. The reaction by market participants was an unfolding of steadily increasing bullish bias throughout the trading session. The fear of spiking wage inflation didn’t materialize, the yield on the 10-year T-Note did not breach 3.0% and President Trump’s tariff proposal on steel and aluminum was modified to exempt two of America’s largest trading partners, Canada and Mexico. 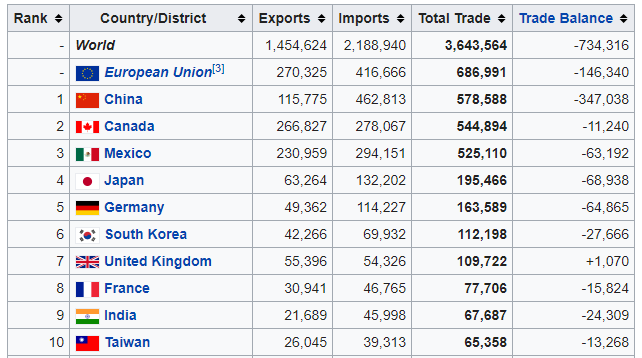 The deficit in January was 16% higher compared with the same month in 2017, when President Trump took office. Though reducing the high trade deficit is a big priority to the president, in his first year in office the trade gap actually climbed to a nine-year high of $566 billion, showing the difficulty of addressing and managing the problem.

With that said, the market embraced the exemptions for Canada and Mexico and rallied broadly into last Friday’s closing bell. That rally sliced back up through the technically psychological 50-day moving average for the S&P 500 like a hot knife through butter, ending the week at 2,786 and poised to build on those gains heading into first-quarter earnings season that begins in earnest the week of April 9. 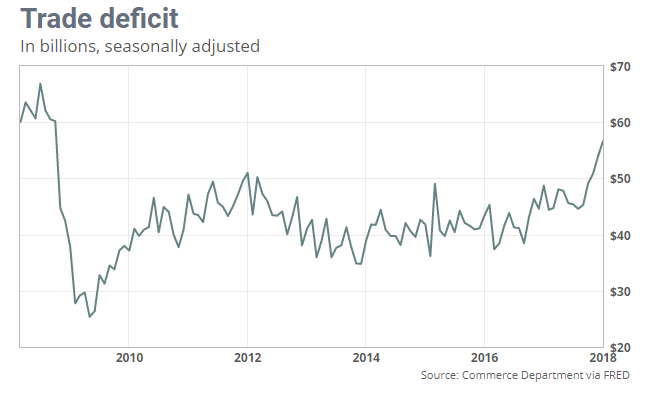 I look for the market to trend higher with a slight tone of caution heading into the Federal Open Market Committee (FOMC) meeting slated for March 20-21. A lot can and probably will happen between now and then that will excite the market in both up and down directions. However, the way the tech sector is leading so strongly higher, there just seems to be too much interest in buying into any and all pullbacks. It would take a full-blown trade war and some unexpectedly high inflation data to undo the market’s uptrend and I don’t see either happening at this point. A move up through 3.0% by the 10-year Treasury will cause the market to bend, but not break.

Earnings for the first quarter are going to be very robust. During the first two months of the first quarter, analysts increased earnings estimates for companies in the S&P 500 for the quarter. The Q1 bottom-up earnings per share (EPS) estimate (which is an aggregation of the median EPS estimates for all the companies in the index) rose by 5.7% (to $36.32 from $34.37) during this period. How significant is a 5.7% increase in the bottom-up EPS estimate during the first two months of a quarter? How does this increase compare to recent quarters? Historically, it’s rather significant. 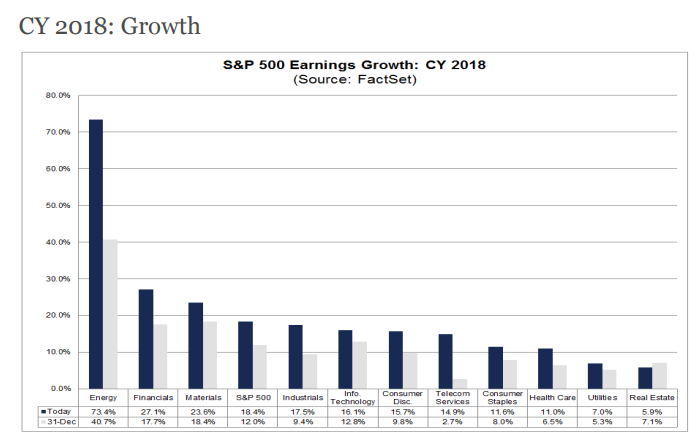 At the sector level, nine of the 11 sectors recorded an increase in their bottom-up EPS estimates during the first two months of the quarter, led by the Energy (+18.9%), Telecom Services (+14.8%) and Financials (+11.5%) sectors. Analysts have not only increased EPS estimates for the first quarter, but also for the full year.

What is driving the increase in the bottom-up EPS estimate for Q1 2018 and 2018? The decrease in the corporate tax rate for 2018 due to the new tax law is clearly a significant factor in the upward revisions to EPS estimates, higher oil prices during the first two months of the year and higher interest rates that are bullish for the financials. So, while the market may wring its hands over interest rates, inflation and tariffs, the bull market is about to get a serious earnings jolt that will overwhelm everything else.

As noted above, the properly positioned portfolios will outperform the major averages by a wide margin, but having the right strategy is what it takes to accomplish this objective. My bull-call-spread advisory service, Instant Income Trader, centers on only those blue-chip stocks that are outgunning the S&P 500 by a factor of at least 2:1, and doing so with great success that is realizing 2-3-month gains of 20-40% in 90% of the trades executed. To find out more how to gain access to maximizing total return in what will be the most exciting earnings season of the past decade, click here to find out how to get your investing capital working for you overtime and make 2018 a year to remember.

In case you missed it, I encourage you to read my e-letter article from last week about the seesaw-like lock-up the stock market has found itself in.