5 Market Catalysts to Determine the Rest of 2018 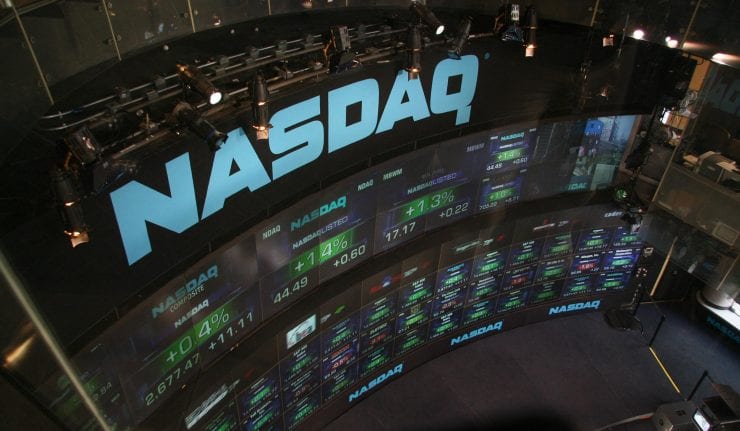 In the investment business, Labor Day is traditionally the unofficial end of summer and the start of the sprint into the year’s end. This year, things are no different. As we began the week, we also stepped into the final third of the year for markets. And as things sit here, the S&P 500 is trading just slightly below its all-time high.

Now we need to ask ourselves what the next market catalysts might be that can either A) Result in a continued rise in stocks that vaults the S&P 500 above the psychologically significant 3,000 level, or B) Cause a sharp reversal of this rally.

I was speaking to my friend and colleague Tom Essaye of the Sevens Report about this very subject last week, and we came up with what we think are five key catalysts the markets will have to negotiate between now and the year’s end. And, to help make sense of these catalysts, I’ve included a “Bullish If/Bearish If” scenario analysis.

Here are the five catalysts, ranked by importance (i.e. the ability to cause a rally or pullback).

1) A U.S.-China Trade Deal. This should come as no surprise to anyone as being the most-important potential catalyst facing markets between now and the year’s end. Simply put, whether the United States and China resolve the growing trade dispute has the potential to “supercharge” the rally — or potentially put an end to it.

Bullish If: The U.S. and China agree to a new trade deal and the threats of tariffs cease. Importantly, what’s in the trade deal isn’t really that important (from a market standpoint). The key is the cessation of trade hostilities between the two countries.

Bearish If: There is no trade deal struck and more tariffs go into place. This is especially negative for the market because of the far-reaching implications. First, emerging markets will resume their declines from earlier in the year. Second, the dollar will surge. Third, higher tariffs will be a headwind on U.S. economic growth. Fourth, the stronger dollar will erode U.S. corporate earnings. Put simply, an all-out trade war threatens to undermine virtually every bullish support pillar holding up this market.

Next Key Event/Date: Sept. 6. This is the end of the comment period for the proposed 25% tariff on $200 billion in Chinese exports. The market seems very comfortable with the idea these tariffs won’t go into effect, so if they do, that will almost certainly cause a pullback. 2) December Fed Rate Hike. Very quietly, people are starting to think the Fed is close to taking a pause on its rate-hike cycle. Recently, both the Federal Open Market Committee (FOMC) minutes and a speech by Fed Chair Powell were slightly “dovish” in tone, and with the yield curve about to invert, there is a growing expectation (but not consensus) that the Fed may pause for a bit after the September hike.

Bullish If: The Fed hikes in September but then pauses in December. Until the long end of the yield curve starts to move higher, doubts about the longevity of U.S. economic growth will rise, and in this environment, a Fed pause on hikes will be welcomed by the market.

Bearish If: The Fed hikes in September and December and materially inverts the yield curve, as that will be a signal from the bond market that the Fed has gone past the “neutral” rate.

Next Key Event/Date: Sept. 26. That’s the next Fed meeting where the Fed will hike 25 basis points. The unknown at this meeting is whether the Fed will drop the word “accommodative” to describe policy. If they do, doubts about a December hike will grow. 3) U.S. Dollar. The importance of the recent trend higher in the U.S. dollar cannot be understated. And, whether we break this recent uptrend remains a major unknown for markets.

Bullish If: The U.S. Dollar Index closes below 94.20. Whether it happens because the Fed signals a pause in the rate hike cycle or foreign economies finally pick up some speed, the reason isn’t too important. Either catalyst will be positive for stocks in the near term.

Bearish If: The Dollar Index makes new highs. That will signal still-lackluster foreign growth combined with emerging market concerns, and the stronger dollar will eat into corporate earnings, which puts this entire bull market at risk.

We need to break through that 94.20 level to signal the multi-month uptrend is over, and the threat of new highs has been diminished.

4) Q3 Earnings Season. Jeff Saut, Chief Investment Strategist at Raymond James, has said in several of his recent media appearances that this rally is primarily earnings-driven. I agree. That means earnings growth needs to continue if we’re going to see material new highs in stocks.

Bearish If: Expectations of earnings growth begin to be dialed back for any reason at all (stronger dollar, lack of economic momentum, tariffs, pull-forward growth from tax cuts). Then this market will quickly develop a valuation problem. And, given concerns about the economy being closer to the end of this economic cycle than the beginning, that will likely cause investors to de-risk.

Next Key Event/Date: Oct. 8, as this week kicks off the Q3 reporting season.

5) Midterm Elections. In my opinion, the midterm elections are likely to result in a split Congress and a stalemated government, which isn’t a bad thing for markets, historically speaking. However, the political environment in this country is extremely divisive (to put it politely), and between now and Election Day, we should have a lot more clarity on whether President Trump will come under any serious legal peril from Special Counsel Mueller’s investigation.

Bearish If: President Trump is found criminally liable for actions taken during the campaign (or anything else). That doesn’t mean automatic impeachment and removal from office, but it would plunge the country into a deep political drama not seen since the early 1970s, and the market likely could not escape that pernicious political uncertainty.

Finally, as we enter the last third of the year, the two underlying support pillars of this rally remain in place — i.e., strong economic data and robust corporate earnings. However, there are five legitimate threats to those support pillars, and how these catalysts resolve themselves will largely determine whether we are talking about the S&P 500 being above 3,000 come the holidays or a flat return on stocks for the year.

Do you want to learn how my subscribers are ready to profit from either a breakout, or a breakdown, in the markets as a result of these five catalysts? If so, then I invite you to come aboard and subscribe to my Successful Investing advisory service, right now!

Speaking with ‘The Dollar Vigilante’

Have you ever wanted to pick the brain of an “anarcho-capitalist?” I did, and I must say I found the experience extremely interesting.

I am referring here to the latest episode of the Way of the Renaissance Man podcast, an interview with “The Dollar Vigilante” himself, Jeff Berwick. Jeff is an extremely passionate man who takes life seriously and who also has a lot of fun doing so. Now, if that seems like a contradiction, it’s not. You see, to really enjoy life, we need that productive passion to pulse through our very DNA.

Understanding this concept, and integrating it into one’s life, is something that Jeff does with his various ventures, including his “Anarchapulco” conference, an event he bills as the world’s premiere conference for “Voluntaryist” thinkers and activists.

I really think you’ll enjoy my discussion with Jeff, as we dig into topics such as Bitcoin, the future of cryptocurrencies, what drives a well-lived life and what one can do to integrate and celebrate your passions with others.

Clearing the Way for Better

“I tell you that as long as I can conceive something better than myself I cannot be easy unless I am striving to bring it into existence or clearing the way for it.”

One of the most influential dramatists ever, the Nobel Prize winner wrote with incredible passion and intelligence. Shaw also was politically and culturally active, and though I vehemently disagree with his views on many subjects, there’s no denying he lived the principles woven into this week’s quote. If we really want to create a better world, we should always be striving to bring that world into existence. 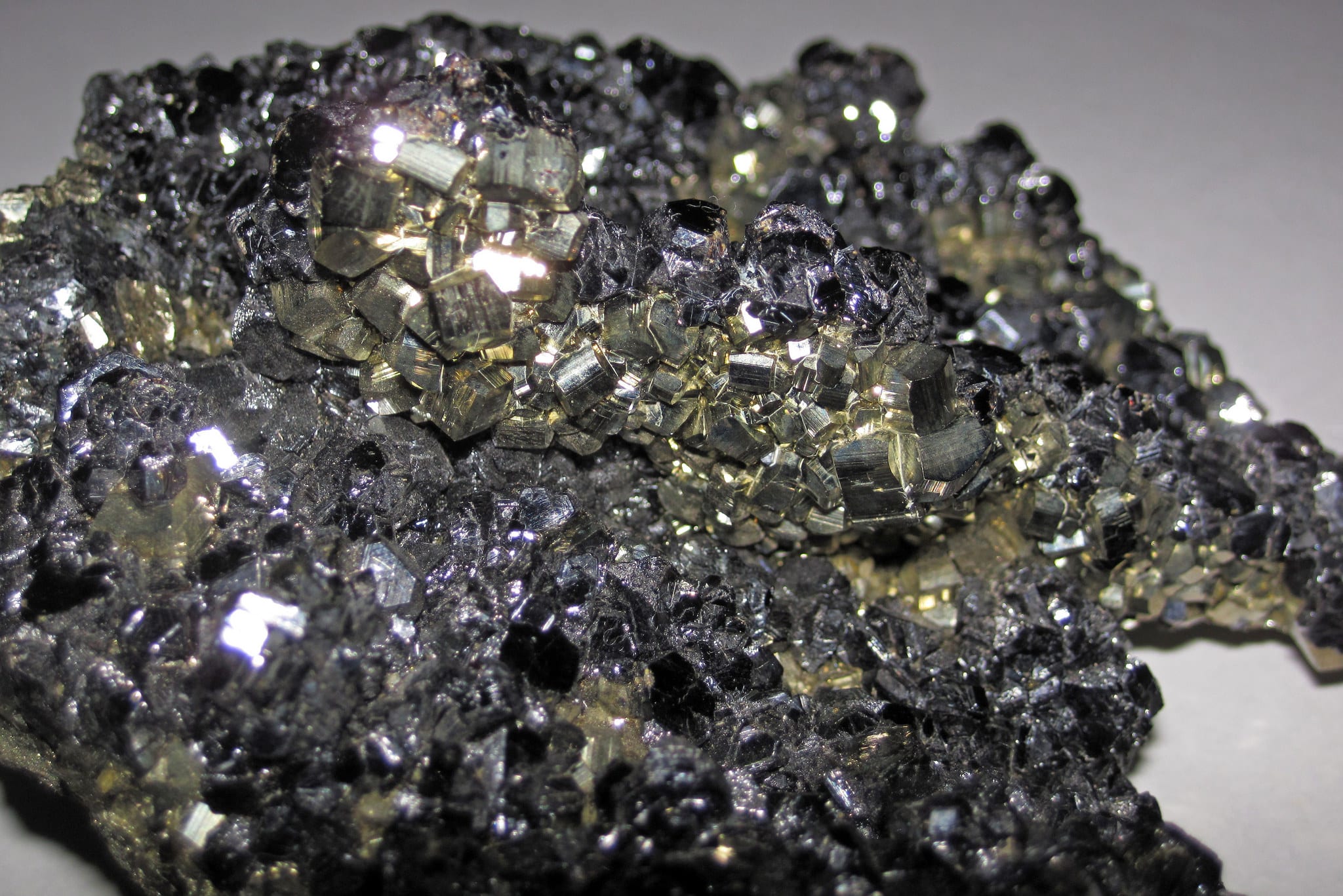 Invest in Natural Resources with This Large Fund