A Short-Term Fund that Focuses on U.S. Corporate Bonds 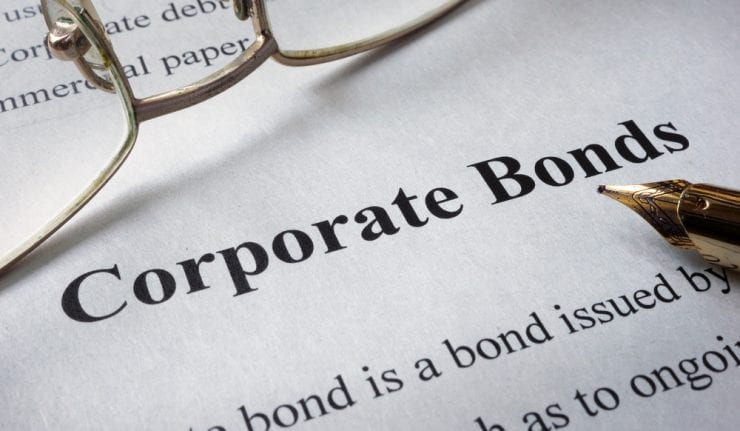 The iShares Short-Term Corporate Bond ETF (IGSB, labeled CSJ before August 1, 2018) is an exchange-traded fund that tracks the result of an index that is composed of U.S. dollar-denominated investment-grade corporate bonds with remaining maturities between one and five years.

The fund currently has $10.2 billion in assets under management and has a $900,000 daily trading volume as of October 19, 2018. It also has an expense ratio of 0.06%, meaning that it is relatively cheap to hold in comparison to other exchange-traded funds (ETFs). 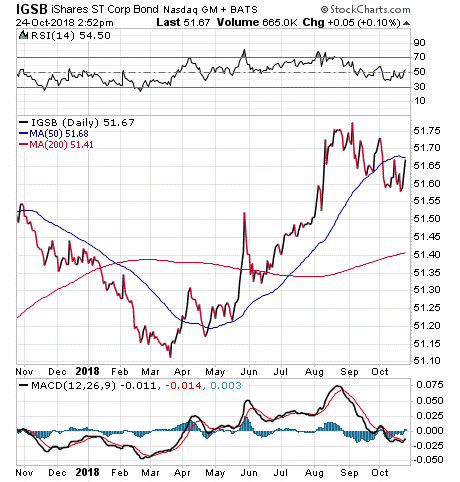 Overall, the IGSB portfolio has some indications of strength. The majority of this portfolio’s assets are in AAA, AA or A backed securities and there are no assets invested in what have been popularly called “junk bonds.” The fund’s largest holdings are in U.S. Treasury Notes, Anheuser-Busch, GE Capital International Fund, Walmart Inc., Bank of America, CVS Health Corp, JPMorgan Chase & Co. and Citibank.

In addition, 32.07% of the fund’s assets are invested in the banking sector. For investors interested in corporate bonds in that sector, this could be a good way to gain exposure. It is worth noting that we are now 10 years out from the Great Recession of 2008.

Throughout much of 2018, many economists from around the world have attempted to deduce whether we have learned anything from the 2008 recession. Sadly, most economists would argue that we have learned nothing since then and few (if any) meaningful reforms have been enacted.

Compounding this problem is the fact that some of the banks that are in this portfolio played a large role in causing the crash. These banks may not have learned from their mistakes and the erroneous way that they had approached issuing home mortgages.

As a result, it is within the realm of possibility that the world could end up in another financial crisis and necessitate another bailout. Whether the American people have the will to approve such an action and the effects of such a decision both remain to be seen.

In short, while IGSB does have several advantages over some of its peer funds, it’s not without considerable risks. Interested investors should perform their due diligence to decide whether iShares Short-Term Corporate Bond ETF (IGSB) is suitable for them.