Why Value Shines When Volatility Picks Up 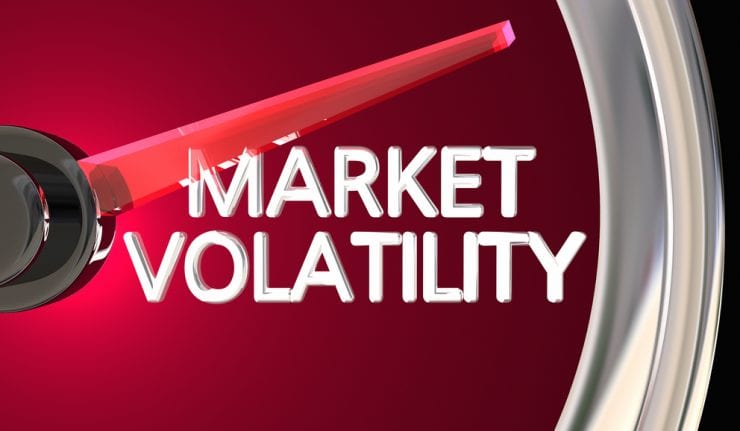 While it can feel like the market has been going straight down since the quarter started, a look at the actual numbers tells us that the feeling is more a factor of sentiment than of substance.

Volatility has been a little higher than what Wall Street has become used to after years of record calm. Indeed, the wild days have recently become more frequent than we’ve come to expect.

Start with the CBOE Volatility Index or the “VIX” itself. When it drops, stocks move in more glacial circles to reflect a sense that there isn’t a lot of difference between good companies and bad ones. In that world, investors chase growth.

After all, the risks are low. So why not capture the stocks that are moving fastest in the here and now?

But when you consider that the VIX has doubled in the past year, the risks have started catching up with the returns. As a result, investors have been driven back to slower sectors like banking, consumer staples, Big Pharma and even utilities.

Take the components of the Dow Jones Industrial Average, for example. Some of the dullest ones have fallen the furthest and now provide tempting opportunities for my Value Authority subscribers.

It’s a classic “Dogs of the Dow” scenario. Goldman Sachs (NYSE:GS) is down 22 percent year to date and now trades below 8X forward earnings.

International Business Machines (NYSE:IBM) tells a similar story, on the edge of a 20 percent year-to-date drop that has taken the stock below 9X earnings.

These companies are giants. They aren’t going away. And as they recover, investors who buy the dip are going to make money.

If you don’t like either of them, move down the list to DowDuPont (NYSE:DWDP) or Caterpillar (NYSE:CAT). Both are cheap. They’re more likely to recover than fall a long way from here.

How much volatility are we really facing?

Back when the VIX was stuck below 10, a few people tried to convince me that it was the new normal and that it reflected either a more mature economy or some esoteric trick of Fed policy.

Despite all their arguments, it’s going to take decades of living in this new world to counteract the experience of generations of professional investors who  have spent years wondering when the statistical reality would reassert itself.

The statistical reality is right where we are now. In normal market cycles going back to 1990, the VIX has gravitated toward 19 over the long haul. This means the last few years haven’t really bent the data at all.

As typical month might see the volatility gauge in the 12-17 range, a true market shock can send it up beyond 30 in a matter of days. When we think back to 2003, 2005 or 2015, the “roller-coaster” of recent weeks was practically a kiddie ride.

And an elevated VIX doesn’t mean we should be afraid either. Back during the 1990s boom, volatility accelerated in 1996 and the index didn’t drop below 16 for longer than a few scattered days. It was a golden age as investors made money hand over fist and the VIX helped magnify the gains by speeding up the wheel.

We understand that week after week of the S&P 500 lurching 4 percent or more from Friday to Friday can have a disorienting effect, especially when the majority of the moves have pointed down..

But most of the moves have cancelled out. Once the market opened in 10% correction territory on Monday, the S&P 500 moved in a 1 percent range thereafter. It’s noise that literally doesn’t signify a lot of upside or downside either way.

November is going on the books as an example of a month dominated by sound and not much fury. Stocks moved down a breathtaking 3 percent over the last four weeks, which stings but isn’t really worth getting upset about.

The historical context can provide a mental cushion here, too. Go back to the President Kennedy era and we’re not pushing any statistical limits or revealing unusual market strain.

The odds of a month like this are, at worst, 3 to 1. Generations of investors have lived under these conditions 25 percent of the time.

When the circuit breakers kick in because Wall Street as a whole is moving 8 percent in a single day, you’ll know it is time to get nervous.

For now, we’re buying the dip.