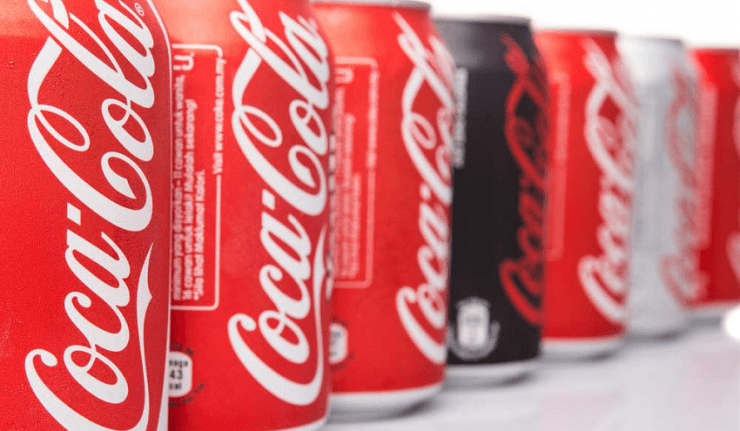 After failing to beat consensus earnings estimates for the fourth quarter of 2018, The Coca-Cola Company’s (NYSE:KO) stock dropped 8.4% in a single trading session from $49.49 to $45.59.

However, despite that substantial drop, the share price still remained higher than it was at the beginning of the trailing 12-month period and has delivered a gain of nearly 20% over the past five years. Even with the share-price dip, most of the Wall Street analysts who cover Coca-Colas Company’s stock held their recommendations and only Citigroup changed its view from “Buy” to “Neutral.”

Out of the 25 analysts currently covering the stock, 11 analysts – or 44% – retained either the “Buy” (7) or the “Strong Buy” (4) recommendation. Only one analyst downgraded a “Hold” recommendation from February to “Underperform” in March.

While the Coca-Cola Company’s share price might not be on a sharp uptrend like some of the current hot picks in the Technology sector, Coca-Cola’s stock remains a relatively reliable selection for building long-term asset appreciation base of any investment portfolio. Therefore, the recent share price pullback could be an opportunity for interested investors to take a new position or expand their existing position in the company’s stock.

While KO’s stock is a reliable long-term capital gains builder, the recent price correction generates some opportunities for short-term gains as well. The current share price has more than 11% room on the upside before it reaches its current average target price of $50.80.

After beating analysts’ earnings expectations in the first three quarters, Coca-Cola only met the $0.43 earnings per share (EPS) expectations on 6% lower revenues for the last period of the year. Combined negative effects of currency exchange (13%) and refranchising of company-owned bottling operations (17%) had a significant impact on the last quarter’s revenues.

However, the company managed a 5% comparable growth compared to the same period last year. Approximately, 80% of that growth was attributed to price increases and product mix shift to higher price-point items. Only 20% of the comparable growth figure is attributable to sales volume growth.

Full-year results followed a similar pattern with a 10% revenue decline versus the prior year and 5% comparable growth. However, 60% of the full-year growth can be attributed to sales volume increase and only 40% to higher prices and product mix changes.

While experiencing a higher level of volatility than over its long history, the share price entered the current 12-month period on a brief downtrend that started in late January 2018. The share price continued that decline and dropped another 4.2% over a two-month period. However, after reaching its 52-week low of $41.55 on May 16, 2018, the share price embarked on a brisk growth spurt and gained nearly 22% before it peaked at its 52-week high of $50.51 on Nov. 19.

Following the November peak, the share price paused its rise before the drop caused by the announcement that the company only met the analysts’ earnings estimates for the last quarter of 2018. However, the share price began recovering immediately and closed on March 6 at $45.45. While still 10% lower than the November peak level, this closing price was 4.7% higher than it was at the beginning of the trailing 12-month period and 9.4% above the 52-week low from last May. The current share price is also nearly 20% higher than it was five years ago.

While the share prices of many companies remain in negative territory for the trailing 12 months, shareholders of the Coca-Cola company are enjoying strong combined returns from the share-price growth and rising dividend distributions. The total return over the past year was 8.4%. Longer-term total returns over the past three and five years were 13.6% and 37.4%, respectively.