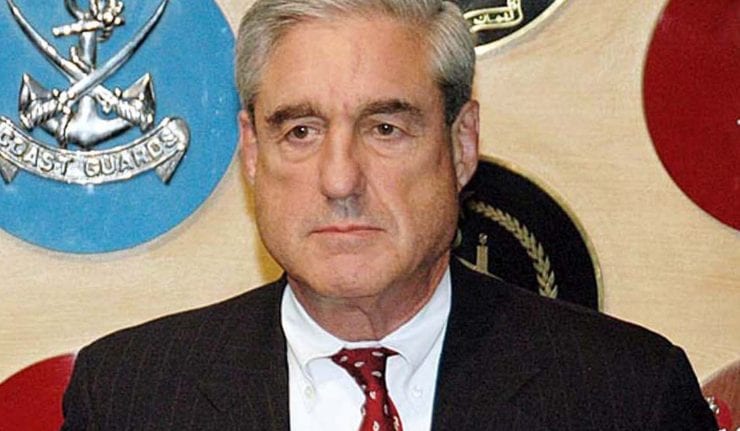 What do Special Counsel Robert Mueller and Rep. Justin Amash (R-MI) have in common?

The answer is they are two men tasked with vitally important roles that involve oversight of the executive branch. Another thing they have in common is that both are doing what every real and honest man must do — his job.

Today, Mr. Mueller spoke out for the first time in what appeared to be a hastily scheduled statement to the public regarding his investigation of Russian interference in the 2016 election. You can watch the full statement for yourself, and, if you do, it should become clear to you that his words, as well as the complete Mueller Report, is far from a document of “exoneration” for the President of the United States.

Instead, Mueller’s statement included the following language: “Charging the president with the crime was not an option that we could consider,” and “Under longstanding department policy, a president cannot be charged with a federal crime.” Then Mueller added what I think is the most significant thought of the day. He said, “If we had had confidence that the president clearly did not commit a crime, we would have said so.”

Translation: “The president is likely guilty of obstruction of justice, but I wasn’t allowed to say that in my report.”

What Mueller did today, and what he did throughout the nearly 448-page report, was to lay out a case for the next step in the process. Of course, the next step here, as spelled out in the Constitution, is for Congress to do its job and determine whether to take Mr. Mueller’s findings and investigate further into whether the president’s actions justify impeachment proceedings.

And that brings us to another man doing his job, the aforementioned Republican Congressman Justin Amash.

You see, as a member of Congress, Amash did what he is supposed to do — he read the Mueller Report to determine if what is in that report merits further Congressional action. Amash thinks there is, and he laid that case out for the world in a series of tweets with specifics as to why he thinks this situation calls for impeachment proceedings.

Yet, what one must agree with here is that both men are trying to do their jobs.

Perhaps you’ve read the Mueller Report and have come to a very different conclusion than either its author or the Congressman from Michigan. Certainly, there is a serious question of whether more action is needed on the issue of obstruction of justice or whether the whole thing has been blown out of proportion by President Trump’s political enemies.

As a man who takes pride in doing his job as an objective observer of reality, I suspect that both of these premises can be true simultaneously. That is to say, the obstruction issue can and does require further inquiry and the president’s political enemies almost certainly have overreached.

The real issue here is that if you are tasked with a job that requires you to look at reality objectively (and what job doesn’t), then you must be the kind of objective person that, regardless of what kind of political, social, familial, psychological pressure or criticism is foisted upon you, thinks for himself and makes an objective conclusion.

It is what Shakespeare no doubt meant in “Hamlet” when he wrote: “This above all: to thine own self be true…”

In today’s politically polarized climate, it seems far easier just to abdicate reality and side with your tribe’s consensus. If you’re a Republican, this means that President Trump can do no wrong, and the “fake news” is the enemy of the people. If you’re a Democrat, this means that President Trump is Lucifer incarnate, and his mere existence is an offense to your fragile sensibilities.

Yet, I strongly recommend you don’t fall into this trap. Groupthink is not a flattering characteristic. In fact, it’s downright subversive of your individuality, and it represents the ugliest version of conformity.

So, whatever side of this national debate you come out on, make sure you’ve reached the conclusion for yourself.

It is your obligation — indeed, it’s your “job” as a rational being — to evaluate reality for yourself and to reach your own conclusions. Anything less and you are a man who has failed to assume the responsibility of doing his job. Another way to put it is that you’re not a real man.

Hiatt’s Cry to Me

Come on and cry to me baby

You can even lie to me baby

I’m probably gonna let you down, but

I swear I won’t keep you down…

As one of America’s best singer/songwriters, John Hiatt has consistently delivered heartfelt and poignant lyrics over catchy melodies for decades. His 2018 album, “The Eclipse Sessions,” has a song titled, “Cry to Me.” The lyrics here are from the chorus, with the profound line being: I’m probably gonna let you down, but I swear I won’t keep you down. And as Hiatt described it in an interview, “To me, that’s about as good as any fellow can do.” I couldn’t agree more.

previous article
This Tech Fund Provides Exposure to Artificial Intelligence
next article
Will Technology Cause Massive Unemployment? The Lessons of History