REITs For Retirement When The Fed Is NOT Your Friend 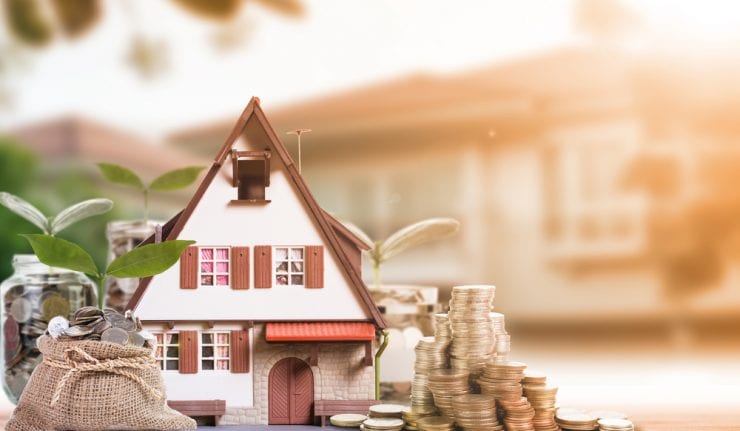 If the past week was any gauge, FreedomFest in Las Vegas is my new favorite once-a-year home away from home. The people and the ideas are just what I needed to shake the summer doldrums out of my head.

What I really love about events like this are the candid, no-nonsense arguments from investors on the economic front lines. That’s where the real action is.

And quite a few of you reminded me that even though Wall Street is cheering a more relaxed Federal Reserve posture, the central bank is far from universally beloved.

For some, it’s a simple question of why a few elite economists need to control the rate at which money flows. But in many cases, it’s purely pragmatic.

You’re not happy with the Fed because as already-depressed interest rates converge on zero, your nest egg needs to work even harder to meet your cash flow needs. Cheap money is great for corporations and borrowers. It’s a burden on retirees.

If conventional wisdom requires a retirement portfolio to support 4 percent withdrawals every year, you’re not going to get that from bonds, bank products or conventional dividend stocks.

Thanks to the Fed, 10-year Treasury rates have dropped from 3 percent to 2 percent and keep declining. You can still lock in a 3 percent rate on Certificates of Deposit, but that requires locking up your money for the next decade.

Even Social Security income climbed 2.8 percent this year to keep up with inflation. Inflation is dormant today but who knows what will happen to U.S. dollar buying power between now and 2040?

(We talked a lot about the dollar at FreedomFest too. But that’s a topic for another Trading Desk.)

When smart retirees put their money to work, they want to make sure that on average their returns will at least match long-term inflation, which is still closer to 3 percent than anything else. If the income hits that 4 percent “retirement number” as well, you can feel pretty good about the nest egg holding up as long as you need it.

Of course, any yield higher than that of rock-solid Treasury debt is going to be volatile in the short term. Reaching for higher returns always means swallowing at least a little risk. Stocks are risky, which is why they’re best for younger investors who are still working and have more time to ride out recurring storms.

Junk bonds are risky too. But as you move down the risk scale, back to the Treasury yields, the returns get too small to live on. Even dividend stocks aren’t a compelling proposition right now in the aggregate.

The S&P 500 pays less than 2 percent a year back in dividends while it wobbles between big wins and significant losses. In good and bad years alike, you’ll need to sell some stock to make a 4 percent retirement number. Nobody wants to be forced to sell in a bad year.

Utilities stocks and the real estate sector as a whole each pay about 3 percent a year. That’s enough to keep up with long-term inflation, but not really enough to wait out an extended correction.

There are great stocks out there that pay much higher dividends. You just have to know how to dig behind the screens and evaluate the stories behind those elevated yields.

At FreedomFest, I noticed that Wheeler Real Estate Investment Trust Inc. (NASDAQ:WHLR) theoretically pays an 80 percent yield on each $1.69 share. That’s what the screens say.

But WHLR is malls. It’s a stagnant business. Management expanded too fast, took on too much debt and ultimately ran out of cash to give shareholders.

They haven’t actually made a $0.42 distribution since 2018. Someone who buys that 80% yield will be disappointed to see that they’re actually earning zero.

So I started digging. A few REITs pay a lot less than 80 percent but significantly more than 2 percent. There’s always the chance that the stock will depreciate in any given year or that management will need to cut the dividend but on the whole, the odds of steady payouts are not bad.

My favorite right now is probably Omega Healthcare Investors Inc. (NYSE:OHI), which owns and operates the real estate underneath 65 of the biggest and most dynamic nursing home chains in the United States and United Kingdom.

The company had a rocky 2018 when a few of its tenants ran aground, but after restructuring the leases and its property portfolio it’s ready to go again.

I could go into exhaustive detail, but the story here really boils down to OHI already weathering a severe shock that depressed the stock price and raised the effective yield investors could receive. They’ve already suffered their setbacks and moved on.

Now, the stock is bouncing back fast, but management has a long track record for keeping the dividend climbing as well. Here at a quarterly $0.66 per share, that payout currently translates to 7.1 percent in annual income.

The stock can rise and fall. You’re not interested in selling in this scenario anyway. All you want is to keep cashing those quarterly checks.

And once you’re in the 7 percent zone, you’ve got a lot of financial options. You can stretch a little and chase higher-yielding but higher-risk companies. You can even buy more growth stock and let those bets ride.

Either way, Value Authority is where my yield ideas are. And everyone fighting the Fed right now needs yield.

It’s been a pretty good week for Big Cannabis, with major cultivators still hanging onto healthy gains despite high-profile warnings that at least one of the giants will need to sell more stock to avoid running out of cash a year from now.

Evidently, investors have faith that there will ultimately be plenty of profit to go around even if Aurora Cannabis Inc. (NYSE:ACB) forces existing shareholders to accept a smaller piece of that pie. After all, they never complained before.

ACB has tripled its float since 2Q17, selling another 650 million shares to buy out smaller rivals. Investors haven’t minded. While each share is effectively only 1/3 the size now, each now carries close to a 300% higher price.

Bigger harvests turn into higher revenue and better economies of scale, ultimately accelerating the path to enough profit to stretch across the expanded float and make shareholders just as happy, only on a faster timetable.

At least that’s the theory. Anyone who worries about future dilution needs to weigh growth prospects against the follow-up funding it will take to take these companies toward their goals.

And as long as investors are willing to absorb newly printed shares, funds for growth keep flowing. ACB, for example, had roughly $400 million (over 500 million Canadian dollars) in cash last quarter and I suspect it’s going to burn at least $110 million of it before reaching profitability.

Ordinarily that’s not awkward math. But because ACB needs to pay back $170 million in convertible debt due in the next year, the numbers get tighter. I’m not convinced they get so tight that management will ever feel the squeeze.

For one thing, the company is on track to break even in about 18 months. Debt due after that all-important moment can be paid out of current cash flow, relieving pressure on the balance sheet.

If cash doesn’t flow fast enough in the meantime, ACB always has a $150 million credit line available to fill the gap. While I’d rather see that remain in reserve, it’s there for emergencies.

Meanwhile, because so much of the debt is convertible into stock, there’s a strong chance that a lot of long-term liabilities will simply turn into new ACB shares down the road.

That’s the dilution story again. When cash is scarce, there’s always more stock. And if demand for the stock drives up, ACB has $4.2 billion in assets to back up total debt under $750 million, which is enough to collateralize plenty of new loans as old ones mature.

I don’t see a problem here. I see a business plan complete with risks, uncertainties and, at the end of the day, a gamble. Big Cannabis is gambling with a lot of other people’s money that it can amass enough production capacity to pay everyone back and generate significant profit as well.

The payback is no problem. As long as investors are willing to fund the gamble, ACB and its peers will never run out of money.

The only thing keeping me from adding them to my Turbo Trader Marijuana Millionaire Portfolio (now up 6 percent per position in an average holding period of barely 10 days) is how we define “significant profit” here.

The breakeven math on ACB relies on annual sales soaring 37X from last year’s tiny $55 million to well above $2 billion by 2022. Achieving that goal is why the company has sunk so much cash building up its capacity.

What concerns me is that sooner or later that growth curve will hit a wall. When it does, profit can still expand, but at a slower rate.

Maybe five years from now ACB will look cheap on an earnings multiple basis. Right now that’s a long time to hang around waiting. When the numbers convince me otherwise, Turbo Trader subscribers will hear it first. 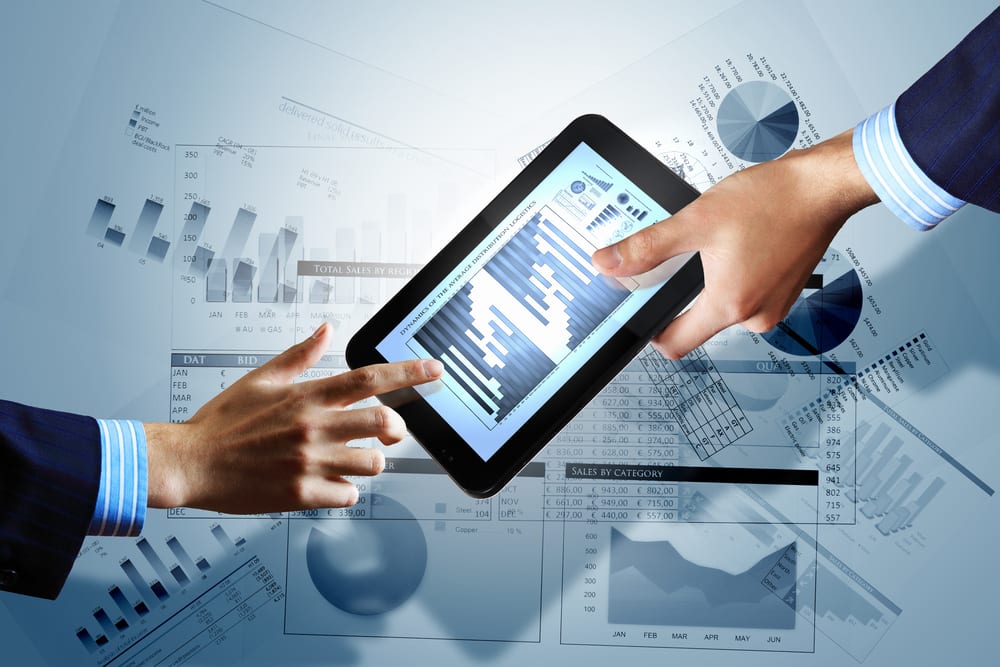