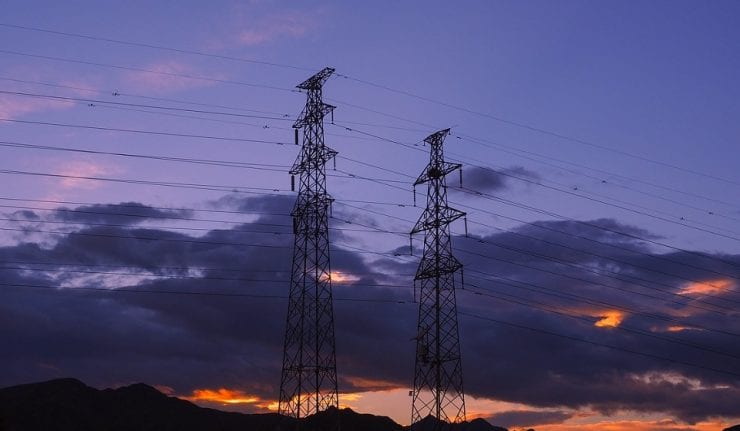 Driven by steady asset appreciation and rising dividend income distributions, the Ameren Corporation (NYSE:AEE) — a Midwest utility holding company — has delivered a total return on investment of 20% over the trailing 12 months.

Like the overall markets and most securities, Ameren Corporation’s share price suffered a significant correction in the aftermath of the 2008 financial crisis. However, after dropping more than 55% in 2008, the share price resumed its uptrend in early 2009 and has nearly quadrupled since the 2008 decline. Rising dividend distributions, which includes a current streak of six consecutive annual boosts, combined with capital gains for very attractive total returns over the past several years.

While the company missed the analysts’ most recent earnings estimates by a small margin, some investors might see a potential for the continuation of the current trend of double-digit-percentage annual total returns.

The company’s current $0.475 quarterly dividend payout is almost 4% higher than the $0.4575 amount from the same period last year. This current quarterly amount is equivalent to a $1.90 annual distribution and currently yields 2.5%.

While the dividend payouts continue to rise, the share price growth outpaced the dividend advancement over the past five years. Therefore, the current 2.5% yield is more than 20% lower than the company’s own 3.15% five-year average yield.

However, while trailing its own five-year average, the Ameren Corporation’s current yield is 25% ahead of the 1.97% average yield of the entire Utilities sector. Additionally, the Ameren Corporation’s current yield is also nearly 7% higher than the 2.31% simple average yield of the company’s peers in the Diversified Utilities industry segment.

Over the past six years of consecutive annual dividend hikes, the company enhanced its total annual dividend amount nearly 20%. That advancement pace corresponds to an average growth rate of almost 3% per year since 2013. However, the dividend growth rate accelerated more recently. The average annual growth rate over the last three years is 3.76%.

Therefore, the Ameren Corporation payout ratio of 58% should not be a concern as long as all other aspects of the company’s operational and financial performance remain strong. Furthermore, the company’s current 58% figure is lower than the 65% five-year average, which indicates that the payout ratio is moving in the right direction.

Based on the record of dividend hikes since 2010, the Ameren Corporation should hike its quarterly dividend again for the next payout in December 2019. Investors interested in collecting the next round of dividend payouts on the September 30, 2019, pay date, must be able to claim Ameren stock ownership before the next ex-dividend date, which is set for Sept. 12.

After resuming its uptrend in the aftermath of the 2008 financial crisis decline, the share price has been rising with minimal volatility. Aside from a 15% pullback in early 2018, the share price has advanced steadily, unless influenced by overall market fluctuations, such as the market correction in December 2018.

Headquartered in St. Louis and tracing its origins as the Missouri’s Union Electric Company to 1929, the Ameren Corporation operates as a public utility holding company. The company incorporated under its Ameren name in 1997 following the merger of the Union Electric Company and the neighboring Central Illinois Public Service Company. The new business entity operates through four business segments. While the Ameren Illinois segment provides electric and natural gas services in Illinois, Ameren Missouri operates energy centers and provides electric and natural gas services in Missouri. Additionally, the Ameren Transmission segment invests and develops new transmission projects within the region and the Ameren Services segment provides shared  and administrative services for the Ameren Corporation’s other segments. The company generates, transmits and distributes electricity to 2.4 million customers, as well as transmits and distributes natural gas to approximately 900,000 natural gas residential, commercial and industrial customers. The company has more than 10,000 megawatts (MW) of electricity generating capacity from coal, nuclear and natural gas, as well as from renewable sources, such as hydroelectric, methane gas and solar.

previous article
Has Warren Buffett Lost His Magic Touch?
next article
SKOUSEN: Bombarded by Seven Hours of Propaganda about Global Warming on CNN!

share on:
Exclusive  The Real Cause of Income Inequality Will Surprise You