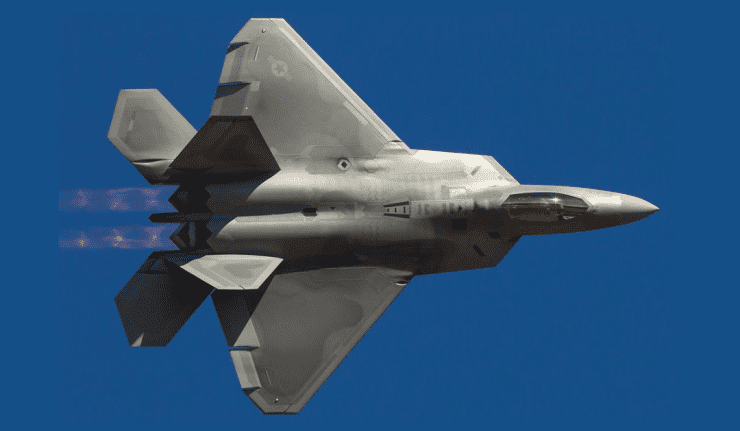 While not as exciting as new technology or innovation stocks, very few equities are capable of delivering steady and relatively safe long-term total returns like the major defense stocks.

Through thick and thin, over multiple recessions and market corrections, these six major dividend stocks continue to reward their shareholders with long-term asset appreciation and rising dividend income distributions.

As a group, the six major defense stocks share some common characteristics. Individual market capitalizations range from $53.7 billion on the low end to the high of $217 billion. The combined market capitalization of all six companies exceeds $622 billion for an average of $103 billion.

Furthermore, institutional investors’ equity ownership in these major defense stocks ranges from 72% to 85% for an average of 78%. Except Boeing’s current Price to Earnings (P/E) ratios of more than 45, all other P/E ratios are currently in a tight 16.5 to 19.1 range, which is lower than the 23.16 average P/E ratio of the overall Aerospace & Defense industry.

The six major defense stocks also offer impressive dividend income figures. While Lockheed Martin was the latest to begin dividend distributions in 1995, Honeywell has been paying dividends to its shareholders since 1887. On average, these companies have been distributing dividends for 65 years.

The sum of capital gains and dividend income for these dividend stocks combined to deliver long-term total returns. For five out of these six dividend stocks, shareholders at least doubled their investment over the last five years. Short term share price declines for two of these equities overpowered dividend distribution gains to deliver 12-month total losses of 5.9% and 1.3%. However, the total returns of at least 7.3% by the other four equities pushed the average total return to 8.2% over the trailing 12 months.

Robust returns and minimized risk certainly come at a cost. That cost is reflected in the share prices of these six defense stocks. Currently, the share prices range from approximately $165 to nearly $400 for an average share price of $285.

Therefore, as with every investment decision, investors must evaluate multiple factors to determine whether an equity fits their particular investment strategy and portfolio goals. However, for interested investors, below is the list of six major defense stocks listed in ascending order by their one-year total return.

As evident from total returns over the last three and five years, General Dynamics’ current one-year total loss stems from a temporary share price pullback during 2018. The share price initially pulled back 10% between its two-year high in March and October 2018, However, pushed by the downward pressure of the overall market correction in late 2018, General Dynamics’ share price embarked on a much steeper downtrend and lost another 28% before reaching its 52-week low in December 2018.

However, since bottoming out in late 2018, the share price rose 24% and has already recovered two-thirds of its 2018 losses. Two thirds of analysts currently covering the stock (22) have a “Buy” (7) or “Strong Buy” (8) recommendation. Additionally, the share price has nearly 13% room on the upside before it reaches the analysts current price target average of $206.89.

Like General Dynamics above, the Raytheon Company’s small total loss over the past 12 months stems from a late-2018 share price decline amid the overall market correction. Raytheon’s share lost 42% between its 52-week high at the beginning of the trailing one-year period and its 52-week low of $146.67 on December 24, 2018.

Unlike the first two entries on this list, Honeywell delivered positive total returns over the trailing 12 months. Despite losing nearly 30% in the late-2018 overall market correction, the share price recovered all those losses by the end of March 2019. The share price continued rising and gained another 11.4% before peaking above $178 in early July 2019.

Even after pulling back from this 52-week high, the share price is still up 4.1% over the trailing 12 months and twice its own level from five years ago. Furthermore, the current share price still has almost 10% room on the upside before it rises to the analysts’ current price target average of $183.42. Also 80% of the 20 analysts currently covering the stock are confident that the Honeywell is worthy of investor consideration.

Boeing in the third spot is probably the biggest surprise of this list. The share price suffered a 27.3% decline from its 52-week high of $440 in the aftermath of two 737-800 MAX plane crashes and the subsequent investigations that points a significant portion of responsibility towards the company’s doorsteps.

However, since reversing trend at $320 in mid-August 2019, the share price has risen more than 20% to regain 55% of its losses since the 52-week high in March 2019. Because the 52-week high occurred during a price spike, the current share price is still 5.3% higher than it was at the onset of the trailing 12-month period.

This small share price gain combined with 2.1% dividend yield to deliver the positive total returns over the past year. Interestingly, while the second highest total return was 82%, Boing investors tripled their investment over the past three years.

While experiencing the pullback in the last quarter of 2018 like most of the other equities and the overall markets, Lockheed Martin recovered all those losses and resumed its long-term growth trend to deliver double-digit-percentage share price growth over the past 12 months. The share price recovered from a 30% last quarter of 2018 decline by early May 2019. Subsequently, the share price added an additional 14.7% before establishing a new all-time high just shy of the $400 level in mid-September.

While following the same share price trend pattern as most of its peers in this group over the past 12 months, Northrop Grumman delivered the highest total return. Despite the lowest dividend yield on this list of less than 1.4%, Northrop Grumman rewarded its shareholders with a total return in excess of 23% on the strength of its one-year asset appreciation.

After a similar loss of nearly 30% in the last quarter of 2018, Northrop Grumman’s share price took a little longer to recover its losses than the other dividend stocks on this list. However, since finally reaching its pre-decline level in early June 2016, the share price has gained nearly 21% and closed at is new all-time high of $383.15 at the end of trading on September 26, 2019.

In addition to that one-year gain, the current share price is nearly 70% above its 52-week low from late-December 2018, as well as nearly triple its level from five years ago. Furthermore, with 15 consecutive years, Northrop Grumman also has the second longest streak of annual dividend hikes, which contributed to the stocks long-term total returns. In addition to an 82% total return over the past three years, Northrop Grumman’s shareholders enjoyed a 205% total return over the last five years.

previous article
SKOUSEN: Democrats Seek to Impeach Trump
next article
Recession? Impeachment? Wall Street Is Ready to Party Like Its 1998