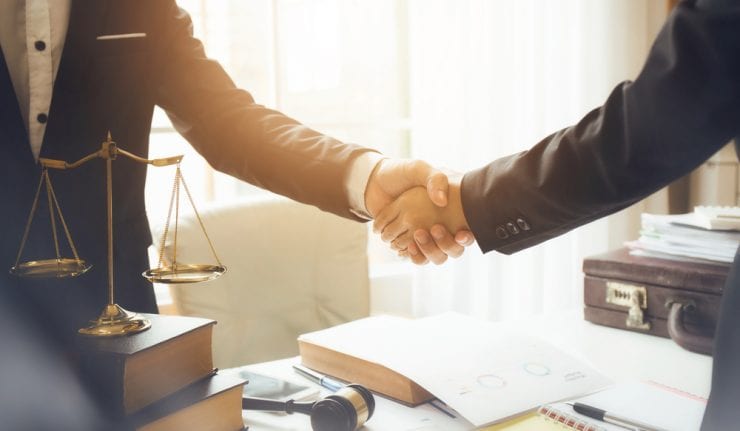 I can use the phrase “the ink isn’t even dry” to characterize the Chinese government officials backtracking on Friday’s verbal agreement to Phase One of what is no more than a trade truce of sorts.

The great build-up to last week’s trade talks to gain progress with China seems to be a “Swedish meatball served on a platter” designed to do nothing more than have China agree to buy more American farm products and dial back on its practice of government-sponsored currency manipulation. In addition, the proposed hike in existing tariffs set for Oct. 15 would be suspended for now.

To correct President Trump, there was nothing “very substantial” in this “Phase One” deal that I can see. And the devil is always in the details. Everything that went down last Thursday and Friday was by oral agreement. The terms of the deal will be written down over the next three to four weeks, right before the next set of tariffs slated for Dec. 15 are set to be activated. My take is this U.S.-Sino gathering was less on substance and more on optics to appease global markets.

None of the hard, structural issues were addressed during the talks. Omitted were cyber hacking, cracking down on intellectual property (IP) theft, Huawei’s blacklisted products, China forcing foreign companies to transfer technology to gain access to its market, subsidizing state-owned companies, dumping products and commodities at below market rates to sabotage American companies and exporting illegal fentanyl to the United States. That latter deadly transgression takes a page out of the opium wars playbook in the 1800s.

There also was some nebulous language in the agreements that it would strengthen Chinese protections for American intellectual property and give financial services companies more access to China’s market. There is no mention of transparency or accountability procedures or a blueprint of how to realistically make this happen, as it would involve a change in China’s rule of law. But Treasury Secretary Steve Mnuchin stated, “we’re very, very close to a deal on that.” However, once again, any outline or details were left out.

Both President Trump of the United States and President Xi of China wanted a political victory, and the only way to gain it was to avoid talking about what got us in the trade war in the first place. I won’t be the least bit surprised if we hear from China that it had a different understanding of the issues that emerged from the talks and we’re back to square one. When the topic emerges of Chinese companies listed on U.S. exchanges having to open their books or risk delisting and face a ban on investments by U.S. pension funds, tensions will be right back on the rise — and this action is making its way through Congress right now.

When one considers the confluence of a partial trade deal with China, a possible breakthrough in the Brexit negotiations between the United Kingdom and the European Union, as well as the Fed announcing stepped-up, overnight repurchase agreement (repo) operations that will continue through January, one would think the stock market could reach new all-times, if earnings season delivers on the upside. But let’s take stock of what the market has to overcome.

There is no timeline to remove any of the existing U.S.-China tariffs. There has been no progress on Chinese companies adhering to U.S. accounting standards, and the temporary truce does little to change the narrative of slowing growth for 2020. “Tariffs have been the tip of the spear in Trump’s trade wars,” Chris Krueger, senior policy analyst at Cowen, said in a recent note to clients. “The next fronts — capital flows, [more] export controls, supply chain duress, industrial policy — are the global plumbing of the real economy.”

The impact of this next round in the trade wars, Krueger said, “can produce exogenous shocks to the global system that can dwarf the tariffs.” So, with the understanding that there is a lot more geopolitical wood to chop, there are a couple things that stand out for investors.

Bond yields spiked this past week, with the benchmark 10-year T-Note moving up from 1.54% on Wednesday to 1.76% as of Friday’s close. Hence, most high-dividend defensive stocks traded lower as “hopium” for a re-acceleration in profit growth and the high-beta growth stocks took temporary hold of investor sentiment. No one would welcome this rotation more than me, but my view is that it’s premature and that a resumption of S&P earnings growth and price-to-earnings (P/E) multiple expansion is much further out.

The great majority of subscribers to my high-yield advisory service, Cash Machine, view dividends and yield as the most important aspects of their portfolios. For such investors, we are getting another window of opportunity to capture attractive entry points on pullbacks to lock in solid yields in companies that have strong histories of raising dividends while being invested in sectors that are recession resistant. Click here to learn about Cash Machine and see if the current model portfolio that pays a blended yield of 8.6% is right for you. While no one has a crystal ball as to what the road ahead is going to deliver, buying the current dip on defensive dividend stocks looks very timely.