This Is What Man Can Do 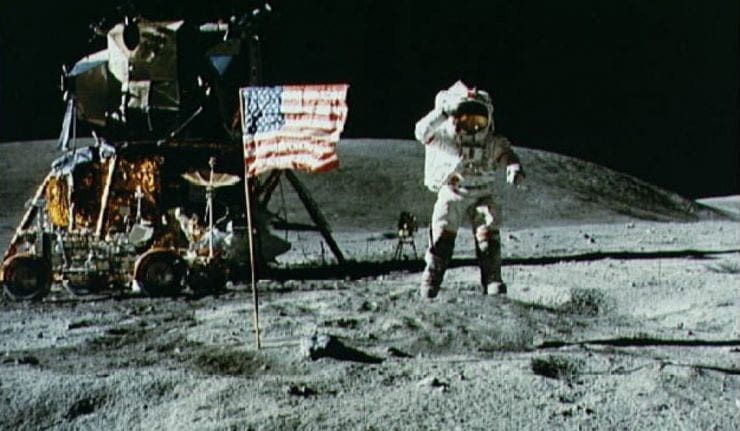 This summer, the world quietly celebrated an event that illustrates what humans are capable of achieving when they apply the tremendous power of reason to a goal.

I say “quietly,” because while there were some public commemorations, and many congratulatory events in scientific and technology circles, there really wasn’t a massive public celebration surrounding what can be viewed, both technologically and philosophically, as one of the greatest achievements in human history.

That achievement culminated on July 20, 1969, when Neil Armstrong became the first man to walk on the moon. That seminal event came as part of the Apollo 11 mission, and it remains, to this day, an example of the very best within us.

I was only a five-year-old when that “one small step for man, one giant leap for mankind” took place, yet it was my first real memory of a life event. And, I must say, history couldn’t have picked a better, more heroic, first memory to shape a young man’s psyche. Yet, it wasn’t until about two decades later that I really understood what the true philosophical meaning of this event was.

I credit my philosophic insight into Apollo 11’s true meaning to novelist/philosopher Ayn Rand. I discovered her works in the early 1980s, first via “Atlas Shrugged,” then “The Fountainhead” and then subsequently every work of fiction, non-fiction, op-ed, essay, lecture, letter, etc. that I could get my hands on. 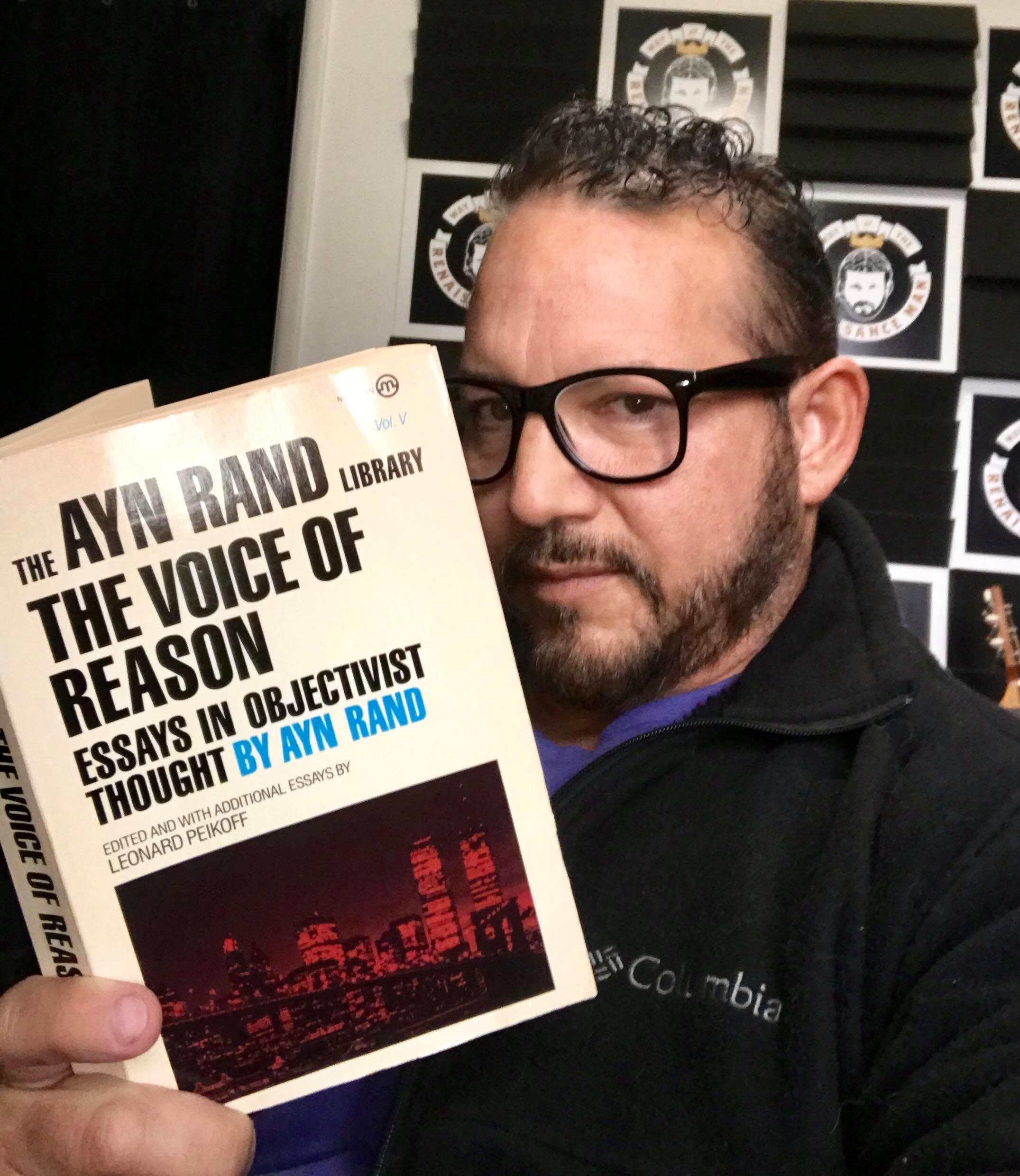 In my zeal to consume all things Rand, I came across her essay titled, “Apollo 11.”

Here, Rand wrote of her eyewitness account of the July 16, 1969, Apollo 11 launch, as she was a special VIP guest of NASA at the Space Center on Cape Canaveral to watch the historic achievement.

Observe the power, grandeur and sense of awe in the following account of the launch:

“It began with a large patch of bright yellow-orange flame shooting sideways from under the base of the rocket. It looked like a normal kind of flame, and I felt an instant’s shock of anxiety, as if this were a building on fire. In the next instant the flame and the rocket were hidden by such a sweep of dark red fire that the anxiety vanished. This was not part of any normal experience and could not be integrated with anything.

“The dark red fire parted into two gigantic wings, as if a hydrant were shooting streams of fire outward and up, toward the zenith, and between the two wings, against a pitch-black sky, the rocket rose slowly, so slowly that it seemed to hang still in the air, a pale cylinder with a blinding oval of white light at the bottom, like an upturned candle with its flame directed at the Earth.”

That’s a description by a fiction writer at the peak of her powers. Yet, what followed in the essay is perhaps uniquely Rand, because it is via the following that she captures the philosophic meaning of the Apollo 11 launch:

“What we had seen, in naked essentials — but in reality, not in a work of art — was the concretized abstraction of man’s greatness.

“One knew that this spectacle was not the product of inanimate nature, like some aurora borealis, or of chance, or of luck, that it was unmistakably human — with ‘human,’ for once, meaning grandeur — that a purpose and a long, sustained, disciplined effort had gone to achieve this series of moments, and that man was succeeding, succeeding, succeeding!”

Rand then takes the meaning of this event one philosophic layer deeper, by putting in context what this event means for the spirit of humanity:

“For once, if only for seven minutes, the worst among those who saw it had to feel — not ‘How small is man by the side of the Grand Canyon!’ — but ‘How great is man and how safe is nature when he conquers it!’”

“That we had seen a demonstration of man at his best, no one could doubt — this was the cause of the event’s attraction and of the stunned numbed state in which it left us. And no one could doubt that we had seen an achievement of man in his capacity as a rational being — an achievement of reason, of logic, of mathematics, of total dedication to the absolutism of reality.”

Now, while most achievements of the human mind won’t literally rise to the heights that Apollo 11 did, there are achievements of similar scale and heroism taking place every day in our world.

From the creation of platforms that allow the world to search, communicate and interact with a simple click of a mouse, to the invention of life-saving drugs, therapies and medical devices, to the development of technologies that enhance food production, improve access to clean water, increase personal and societal safety and thereby lift the standard of living for the entire world — mankind’s heroic application of reason to achieve a goal is alive and well.

And the true beauty of this heroism is that we, as investors, also can participate in this rational achievement. You see, by putting our money to work in companies creating value, generating revenue and producing wealth via the byproduct of reason, we too can be part of this heroic human achievement.

So, be a hero, and invest in the human mind — because this is what man can do.

Exploring the Mind of a Polymath Featuring Mike Turner

Every once in a while, you meet someone who just thinks a little differently and someone who brings a unique set of skills to bear to solve an age-old problem.

That’s how I describe my friend Mike Turner, founder of Turner Capital Investments.

In the latest episode of the Way of the Renaissance Man podcast, you’ll learn about Mike’s background in structural engineering and computer science, and how he trained his problem-solving skills on the challenge of how to make money in the financial markets.

Then you’ll find out about Mike’s unique analytical approach to investing in the markets, which focuses on knowing when to be in stocks, when to be out of stocks —  and even when to be short in stocks. 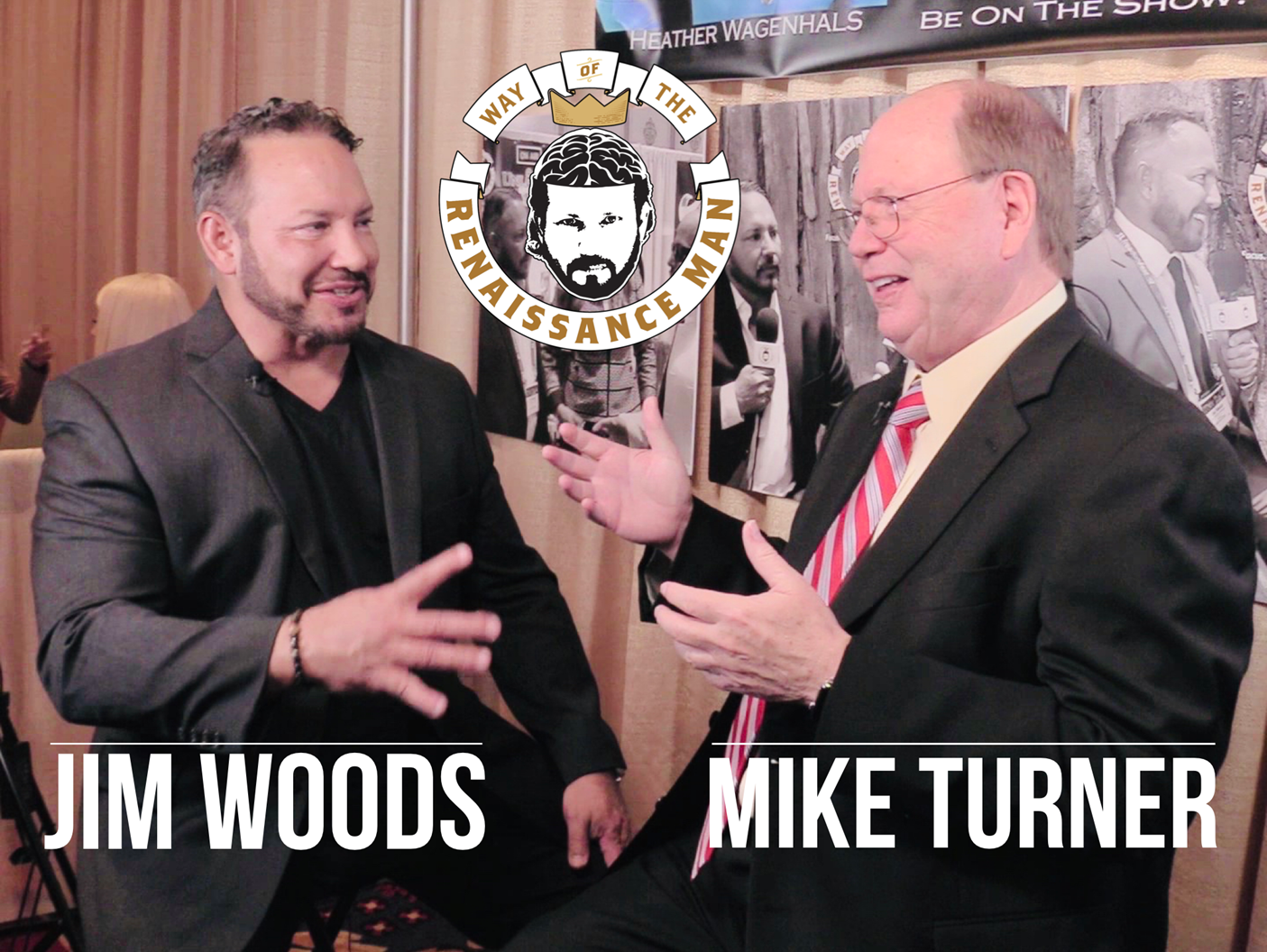 You’ll also find out about the folly of predictive market models, and you’ll discover the ridiculously simple rule about markets — which is that the current trend in the market will last exactly until it doesn’t.

Plus, find out why I think the way Mike approaches markets is the way a rational person should approach life, which is to constantly be assessing the facts and to change your disposition when those facts dictate a change.

Mike Turner is a special individual, and you’ll discover that from the outset of this episode of the Way of the Renaissance Man podcast.

On the Greatest Loss

The journalist, peace activist, professor and author of the very influential book, “Anatomy of an Illness,” is someone I had the pleasure of meeting while attending UCLA as an undergrad. In this quote, Cousins reminds us that what matters more than the inevitable loss of life that is death, is preserving, protecting and nourishing the value of this life. If you let die the noble spirit inside yourself, and if you let the flame of your own heroic light extinguish, you will have suffered a loss much greater than death.

Socially conscious business leaders show generosity may affect investors and customers by participating in philanthropic endeavors such as Giving Tuesday, a global movement celebrated on Dec. 3 aimed at unleashing the power of people and organizations to help their communities and the world. Created in