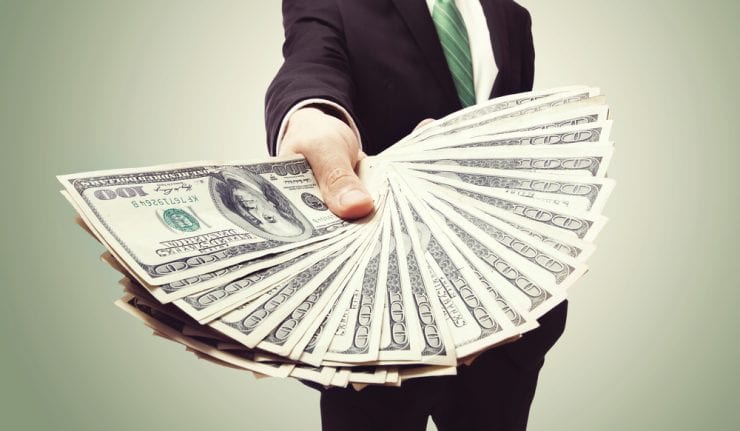 If you are acquainted with me, either “in person” or through the digital pages of this column, then you probably know that I love capitalism.

You see, capitalism is based on the principle of free exchange, with humans trading goods and services for money and for profit, of their own volition, and in the service of their own happiness.

This concept of capitalism’s virtue plays out every day in our equity markets, with investors looking to own shares of companies whose goods and services will provide profits for shareholders, and that will thus make their share prices move higher.

Indeed, devoting much of my professional life to understanding, explaining and, yes, singing capitalism’s praises to my readers, is one of the most gratifying aspects of what I do. And because I rejoice in the spread of capitalism and the embrace of markets, there is one trend that’s taken place in this COVID-19-compacted year that has been extremely gratifying to me, and that trend is the flood of new individual investors jumping into the capitalist waters.

To get a sense of the scope of this capitalist embrace, all one needs to do is look at some statistics directly from the major brokerage firms regarding the number of new accounts opened this year.

Here are the number of new individual trading accounts opened in 2020, as reported by each of these major brokerage firms: 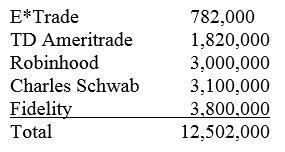 That’s a huge number of newly minted investors, and the growth in the number of people taking control of their lives and participating directly in capitalism is beautiful.

Now, I have heard some of my Wall Street colleagues lament this development, claiming that the flood of new individual investors is skewing market volume, driving up options premiums on the hottest tech stocks and creating a form of “unnatural” market distortion. While some of this may be true, I say this is just a new element in our decision making that we need to account for as investors.

And rather than lament the need to adjust, I rejoice in this new embrace of capitalism and markets. In fact, I would love it if millions more Americans opened brokerage accounts and decided to dive headlong into markets and participate in one of the greatest forums for wealth creation the world has ever known.

The way I see it, a growing democratization of investors in the market could lead to a greater appreciation of capitalism and the integral role it plays in enhancing our lives.

This is particularly true today, when so many people feel like the rich are sticking it to the poor, not paying their “fair share” of taxes and that somehow corporations exist to exploit others for their own “selfish” gains.

Exploitation for gain is the province of government, not business. Business exists to provide a good or service to consumers. Consumers are free to choose that business by buying that good or service, or by choosing another company’s competing good or service.

So, by opening up a brokerage account and buying shares of a company, you become part of this milieu of liberty that creates wealth. And once you are a participant in the game, you understand that your success is directly tied to the success of the companies you own. That means you are going to root for the success of your company, and for its ability to make a profit.

Once you realize that’s the name of the game, then you have just become an advocate of capitalism — and the more advocates of capitalism there are, the better off society will be.

So, as my Parisian grandfather might say, “Vive le Capitalisme!”

Last week was Veterans Day, so let me first start by giving all of my fellow veterans a big, belated shout out. For most of us, it was a job we did that we both loved and hated (veterans will know exactly what I mean).

It’s also a job that we took immense pride in, because we swore an oath to protect and defend the Constitution of the United States, and I can’t think of a better set of principles to preserve than those enumerated in that brilliant document.

Now, given that it is Veterans Day, the timing couldn’t be more perfect for the debut of the newest episode of the Way of the Renaissance Man podcast.

Ask yourself this: What was it like to be responsible for guarding the highest-profile prisoner of the Iraq War? That’s a fascinating question, and the answer is equally fascinating, equally complex and equally spellbinding.

In this episode, I speak with Kelly Hillyer, the U.S. Army officer in charge of Saddam Hussein’s security detail. 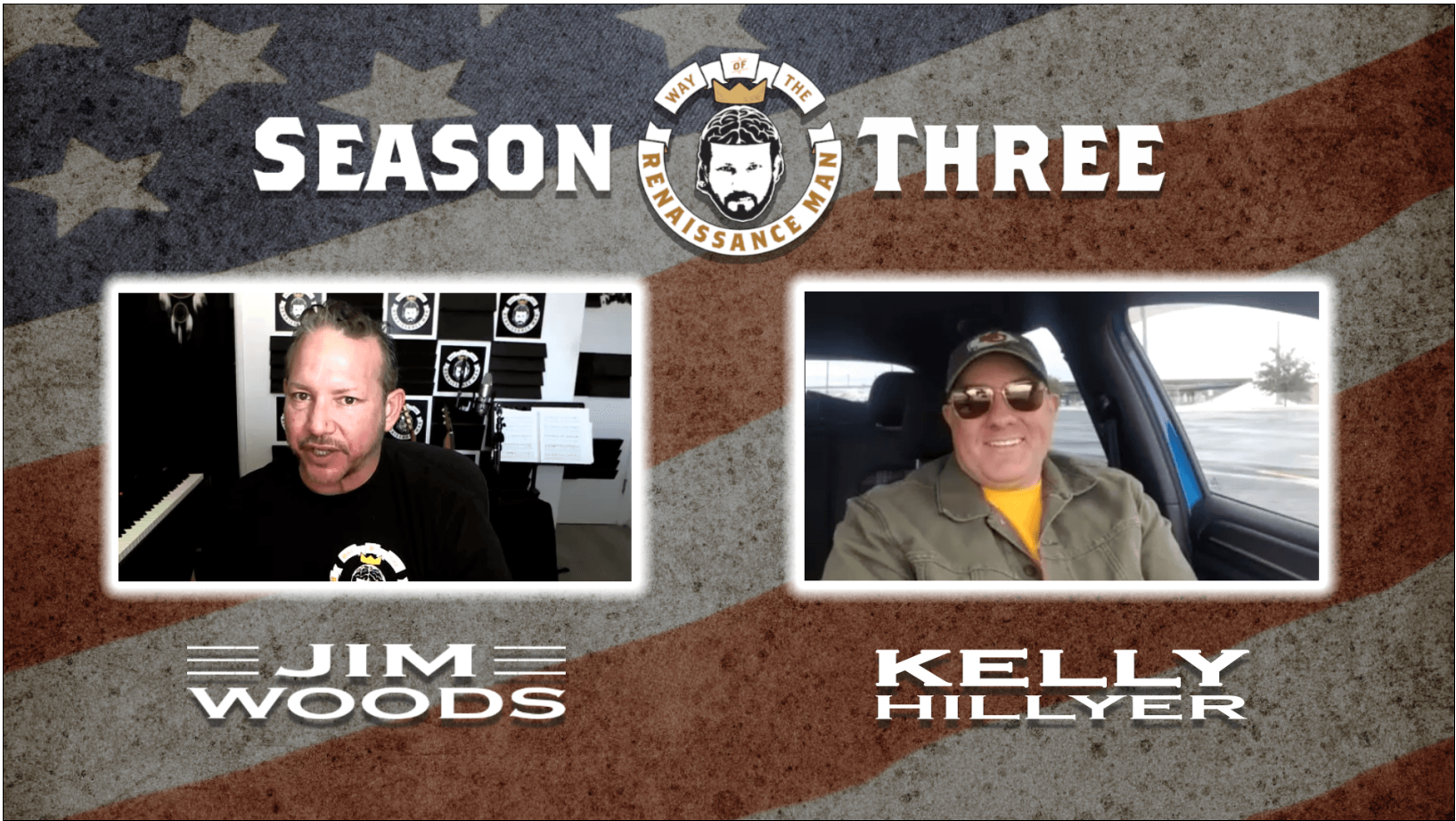 And while you might initially think guarding a tyrant would be an austere detail, what you’ll discover is that the job was much more nuanced, and much more human, than you can imagine. From smoking cigars together to reading poetry, the two men developed a relationship that is guaranteed to surprise you.

Very few people have the opportunity to do something as unique and with as much historical significance as Kelly Hillyer. And in this episode, you’ll find out just how this exemplary soldier handled the difficult duty with class, skill and with true American virtue.

So, get ready to be riveted by my conversation with Kelly Hillyer.

The Eternity of Time

Leave it to a poet to make sense of the many faces of time. And in these stressful pandemic days, time can be distorted by a sense of loneliness, isolation and fear. Yet despite these natural feelings during this difficult period, what we must remember to do is make time to celebrate and to love. Because as van Dyke reminds us, time is short for those who rejoice, and eternal for those who really love. So, right now, go tell the special people in your life that you love them. And when they smile in surprise and thank you for that unexpected gesture, just tell them it was Jim’s idea.