Effective Communication Is Your Responsibility 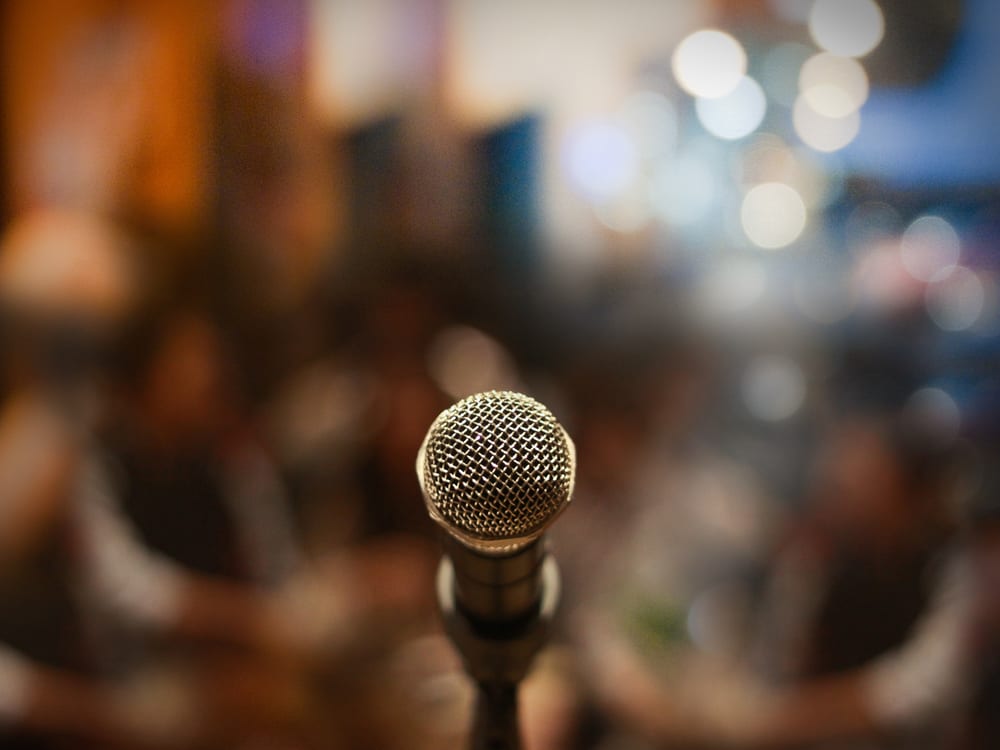 Note: Today I am proud to present to you a guest editorial by my friend and colleague Heather Wagenhals. An expert in communications, media and public speaking, Heather’s insights into how to effectively communicate are a perfect antidote for our polarized, tribalistic times. If you want to learn how to be a more effective communicator and to effectively persuade others, this article is for you.

“To disagree, one doesn’t have to be disagreeable.”

These words were spoken by my home-state Senator and the 1964 Republican nominee for president, Barry Goldwater. Sadly, today the idea of disagreeing without being disagreeable is barely recognizable in the public square. These days, extremism is the norm. Forget about terms such as “liberal” and “conservative” or “knuckle dragger” and “snowflake.” Those terms are much too docile.

Now, you are a “masker” or an “anti-masker”, a “Karen” or a “virtue-signaling, knee-taking apologist.” Even within my own Republican party, the rhetoric has become toxic. These days you are either a conspiracy-spreading QAnon disciple, or you’re a “RINO,” or a “Republican In Name Only.”

This labeling and name-calling, including those now-infamous tweets sent from the highest political office in the country, coupled with the lack of respect for our fellow human and the vitriol cast at those who disagree have fomented a pernicious intolerance that we haven’t seen in this country in decades. All one needs to do is look at the disgraceful Capitol siege that took place on Jan. 6 to know this.

Indeed, tensions are so high that a recent request by a store clerk in Georgia asking a patron to honor a corporate policy to put on a mask was met with a deadly response.

To me, this heinous behavior demands action, because if you are like me, a liberty-loving American who wants the best for their country, it is incumbent upon you to find and create connections with those who are still reasonable in order to make our country better.

You see, in today’s soundbite-fed, personalized social-media-streaming era, we can get lost in our own custom-tailored, perfectly curated and dreadfully myopic world. By avoiding reality through avoiding other perspectives and engaging in effective dialogue with others, we are only doing ourselves a major disservice.

As my friend and editor of this publication, Jim Woods, has written, “The only solution to bad ideas is good ideas.” Well, my corollary to that is that “The only way to put good ideas out into the world is to effectively communicate those ideas, and especially to those who might initially disagree.”

Sadly, today the art of communication seems to have been lost. In a digital age of texting, email, direct messaging via social media apps and 280-character tweets, we seem to have lost our ability to create meaningful connections and to employ all our communication faculties to effectively persuade others.

Yet I believe there is still time to reach the undecided.

I am of the opinion that there are those who might ardently disagree with my views but who also are still open-minded enough to be willing to be persuaded. I know this because I have this mindset, and the chief reason why is because I don’t want to be wrong in my thinking. And if I can be persuaded by a strong and effective argument, one with facts, logic and emotional content, then so can others.

Of course, the trick becomes: how does one do this? Here again, I’ll turn to Jim’s insights, as he recently wrote, “In order to persuade others, we first must avoid putting them on the defensive with disrespect and insult. If you can do that, you’re already halfway home.”

One way to avoid putting others on the defensive is to understand what’s happening to them when you do just that. Indeed, knowledge of how we think and process information, and how our biology affects us when we greet and interact with other people, will help us succeed in effectively persuading others.

For example, if I had started this article with racial slurs and misogynistic insults and man-hating statements, you’d probably get angry with me from the outset. In fact, the minute you or someone you feel a kinship with is attacked, your survival instincts kick in and you’ll shut down the critical thinking areas of your brain and stop listening.

So, the first thing we must learn to do is avoid “pressing another’s buttons.” If you immediately start hurling labels at others such as “liberal” or “leftist” or “woke progressive,” you aren’t going to be able to unlock the key to persuasion.

Instead, why not just begin a conversation with a sincere attempt to understand why a person thinks the way they do, and what their reasons are for those thoughts? Indeed, sometimes just the simple power of asking questions can be the most effective form of communication and persuasion.

Think of it as the Socratic method, or what’s sometimes referred to as “street epistemology.” The power of asking poignant questions to others, and their own realization that they may hold views without very good reasons, can be a profound tool for initiating change. And you do so without you ever having to pass judgment.

The second thing we can do to help promote better conversations is to assume responsibility for ourselves. In this context, that means understanding that effective communication is 100% your responsibility — not to get your point across, but rather, to elicit the right result. Let me explain.

Have you ever asked anybody to, “meet me halfway” in a negotiation? If two people are involved in communication or negotiation, what do you think the percentage should be? Is it 50/50? Is it 60/40?

The answer is it’s 100% your responsibility because that’s the only person you have control over. Here, it is important to consider that the meaning of a communication is all about the response you elicit. So, if you’re not able to persuade others, it’s you who haven’t communicated effectively.

The next time you approach a discussion of any kind, instead of pushing your ideas onto others and exacting your will, try to show them a path and lead them to a better way of thinking. And instead of pushing, try persuading via sincere interest and curiosity in what they believe in.

Finally, remember that great communication and effective persuasion is not about you. It’s all about the other person. So, it’s not about how fabulous or sophisticated or smart you are, it’s about figuring out the right things to say or the right questions to ask the other person. In other words, force your interlocutor to confront and explain their beliefs. You’ll be surprised how disjointed and how unstable many deeply held beliefs really are.

Once you’ve helped another realize this, the pump is primed for a deeper conversation about what you think, and how you think your ideas can improve things for everyone.

The Sound of Silence

And in the naked light I saw
Ten thousand people, maybe more
People talking without speaking
People hearing without listening
People writing songs that voices never share
No one dared
Disturb the sound of silence…

–Simon & Garfunkel, “The Sound of Silence”

Given this week’s theme of effective communication, I thought an appropriate closing quote this week would come from the genius of Paul Simon and Art Garfunkel in their classic “The Sound of Silence.” You see, as people everything we do involves communication. We talk without speaking, and we often hear without listening. And sometimes we are afraid to not be silent.

Yet, if you want to be a master communicator, you must accept that it’s your responsibility to speak your mind, to listen carefully and actively, and to dare to disturb the sound of silence. This is the way humans make progress. So, take responsibility for your world, and go out and save the human race.

Wisdom about money, investing and life can be found anywhere. If you have a good quote that you’d like me to share with your fellow readers, send it to me, along with any comments, questions and suggestions you have about my newsletters, seminars or anything else. Click here to ask me.