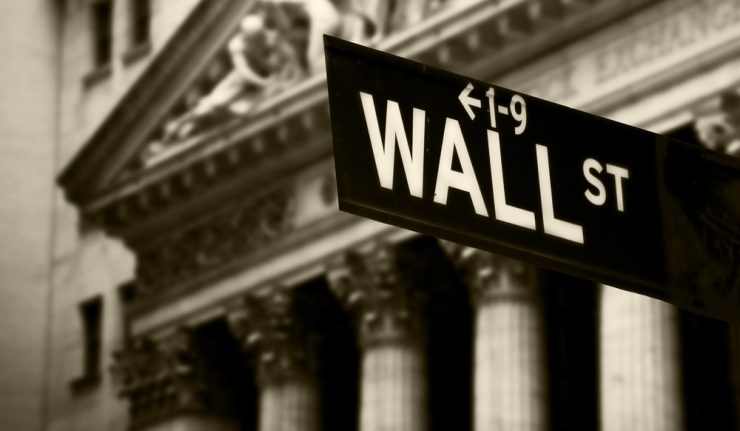 The three best small-cap stocks to buy now include the most extensive digital learning platform in the world, an international shipping and logistics company and a corporate partner of Microsoft (NASDAQ: MSFT).

Small-cap stocks are companies with a market capitalization between $300 million and $2 billion. Historically, small-cap stocks have outperformed their larger rivals, since young companies usually are in their peak growth stage.

Picking the right stock can result in triple-digit-percentage returns. Investing in the right small-cap company can be the equivalent of buying Amazon (NASDAQ: AMZN) in the early 2000s or Apple (NASDAQ: AAPL) in the late 1990s.

Global Ship Lease Inc. (NYSE: GSL), founded in 2007, is a British multinational shipping and logistics corporation headquartered in London. The company has a market capitalization of $924 million.

Global Ship Lease does not move any products or cargo. Instead, the company purchases and then leases container ships to major freight corporations such as Denmark’s Maersk, France’s CMA CGM and Hong Kong’s OOCL.

The global supply chain crisis has been a boon to GSL’s business by fueling demand for container ships. The company has seen its revenue surge by 36.3% over the past three years. GSL purchased an additional 23 new vessels in 2021, on top of the 42 ships the company previously owned. Most nations around the world have begun returning to normal as COVID-19 continues its gradual decline. However, the supply chain crisis is far from over, with most analysts and economists predicting a global disruption until at least 2023.

Russia’s invasion of Ukraine is only expected to add to the supply chain disruption. Before the war, Ukraine accounted for 12% of the world’s wheat supply, exporting 4.5 million tonnes of agricultural produce monthly. Ukraine’s location in central Eurasia has disrupted multiple industries, from oil to automotive parts, as companies are forced to shift supply routes to avoid the conflict.

Ocean shipping accounts for 90% of global trade, and disruptions in the global supply chain have only increased demand for container vessels. As a result, GSL is projected to see its revenue jump by 75.6% in Q2 2022 and 32.4% over the entire year. The company has an excellent Stock Rover growth store rating of 95/100.

GSL has seen its share price surge by 36.3% over the trailing 12 months. The stock price’s performance is shown below, alongside a 50-day moving average to illustrate change better.

A discounted cash flow (DCF) analysis using Stock Rover values the stock at $36.50, 57.7% higher than its latest closing price of $23.15, earning GSL a “STRONG BUY” recommendation from Stock Rover and a place among our three best small-cap stocks to buy now.

Coursera Inc (NYSE: COUR), founded in 2012, is an international online education platform. The company is headquartered in Mountain View, California. Coursera has developed into the largest digital learning platform in the world with a market cap of $2.3 billion and registered users across 190 countries.

Ever-rising costs in higher education have sparked a renaissance in the education industry with the emergence of digital learning. Online classes permit students to learn whenever, however and at a lower price than traditional face-to-face education. Access to classes about machine learning, mathematics or photography is no longer restricted to attendees of elite universities. Students can be single parents or business executives.

There are no other companies better positioned to capitalize on the rise of digital learning than the industry leader. Coursera’s  4,300+ courses provide it with a larger addressable market than most universities.

The company also possesses multiple avenues for expansion. An intriguing opportunity is formal degrees, the direct competitor to universities and a possible solution to rising education costs. The emergence of technology boot camps has proven the willingness of prominent corporations such as Google (NASDAQ: GOOGL) and Accenture (NYSE: ACN) to hire graduates from non-traditional degree-granting institutions. Coursera already offers more than 30 certificates and 20 degree-granting courses, providing the company with a significant foothold for further expansion.

Similar to nearly all other tech stocks, Coursera has encountered a slide in recent months. The company has seen its stock drop by 57.3% over the past year. COUR’s share price change is graphed below, along with a 50-day moving average.

COUR’s reduction is not in sync with the company’s underlying intrinsic value. The company’s stock price has fallen due to an overall decline in the technology industry. The NASDAQ has declined by 25.28% over the past six months. However, Coursera’s internal figures regarding revenue and users have all reached record highs. The company’s sales increased by 36.4% in 2021 and is projected to continue that growth. Despite COUR’s share price reduction, the company has improved its standing as one of the most attractive growth investments available.

A discounted cash flow (DCF) analysis, using Stock Rover, values the stock at $33.36, 105.6% higher than its latest closing price of $16.23, earning COUR a “STRONG BUY” recommendation from Stock Rover and a place among our three best small-cap stocks to buy now.

Perion Network Ltd (NASDAQ: PERI) is a digital advertising and search solutions company based in Holon, Israel. Perion, founded in 1999, has risen to a market cap of $897 million.

The rise of the internet has granted companies the ability to tailor and target their advertisements to specific audiences. However, once an audience is identified, implementing the advertising campaign is challenging. Search engine optimization (SEO) and monetization are murky subjects for many businesses, including for the largest corporations in the world. 57% of North American enterprises lack any SEO strategy.

Perion’s unique marketing approach involves not only funneling users to clients’ sites but also engaging consumers. Perion’s strategy, known as “Capture and Convince,” has been shown to engage consumers for up to six minutes by leveraging artificial intelligence (AI) and machine learning. For comparison, a user’s average time on a website is only 45 seconds.

Perion Network also possesses a unique relationship with Microsoft. Perion’s products and services are integrated with Bing, allowing it to better identify and target an advertiser’s intended audience. Perion’s seamless fusion of AI and Bing has attracted dozens of Fortune 500 companies. The company’s client roster includes Honda (NYSE: HMC), Nike (NYSE: NKE) and Dell (NYSE: DELL), among others. Perion’s profit-sharing partnership with Microsoft has directly contributed to the company expanding to 34 countries and generating $800 million in revenue over the last four years.

The company’s performance has resulted in PERI being one of the few technology stocks to remain green over the last year, climbing by 27.0%. PERI’s movement is displayed below, alongside a 50-day moving average.

A discounted cash flow (DCF) analysis, using Stock Rover, values the stock at $31.40, 51.0% higher than its latest closing price of $20.79, earning PERI a “STRONG BUY” recommendation from Stock Rover and a place among our three best small-cap stocks to buy now.

Capison Pang is an editorial intern who writes for www.stockinvestor.com and www.dividendinvestor.com.