It was a positive week for U.S. markets, with the S&P 500 up 0.27% and the NASDAQ jumping 1.02%. Global markets continue their relentless grind downward with the MCSI Emerging Markets Index falling 1.22%.

Three weeks into the new year, it appears that the optimism about the U.S. market at the start of the year was overdone. It has been a choppy, flattish start to the year. You see this in some of your specialist strategies, which haven’t moved much in recent weeks. Reflecting the recent flat performance of the U.S. markets, Berkshire Hathaway (BRK-B) fell below its 50-day moving average and is now a HOLD.

You’ll also be surprised to learn that four of the top 10 best-performing markets so far in 2014 are Europe’s crisis-ridden “PIIGS” countries — specifically, Portugal, Ireland, Italy and Spain. And Greece is just outside the top 10. Recovery in Europe is an investment theme that I expect to tap into in the coming weeks, beyond your current holding in iShares MSCI Ireland Capped Investable Market Index (EIRL).

On a personal note, last night I went to a Harvard University fundraising event at London’s elaborate Guildhall, where the president of Harvard spoke to us alumni as part of Harvard’s campaign to raise $6.5 billion in its current fundraising campaign.

I was struck by a couple of things.

First, Harvard is clearly trying to shift its identity to become more of a science and technology-oriented institution, an area where it has been traditionally the weakest. It clearly is feeling the pressure of the rise of Silicon Valley and technology. Stanford University, my other alma mater, finished raising $6.2 billion in 2012. So, Harvard’s target of $6.5 billion is no accident.

Second, Harvard continues to pride itself on a rather bizarre incarnation of political correctness, which I find just as grating now as when I was student there. The panel of professors speaking on “personal legacies” — entertaining, funny, smart and persuasive as they were — seemed bound by an unspoken “holier than thou” mission of enlightening us great unwashed in the “real world” — even as they were standing hat in hand, looking for a handout from well-heeled alumni. I kind of felt like I was at an Obama fundraising event.

Third, it struck me how Harvard’s oft-repeated connection to the United Kingdom — John Harvard was born and bred in London — is actually its greatest weakness. I stood in the very same hall at a very similar event with the president of Stanford two years ago. The culture of high energy, Silicon Valley-style American optimism was palpable. Yesterday’s Harvard event was restrained, a tad cynical — dare I say “European” — by way of comparison.

If you are planning to attend the World Money Show in Orlando, please read the Upcoming Appearances section below and sign up to attend a private meeting with me. I am not sure when I next will be able to attend a Money Show, since my wife is expecting our first baby in the coming months.

iShares MSCI Ireland Capped Investable Market Index (EIRL) dipped 0.51%, after hitting a new 52-week high late last week. Although the broader markets may be due for a correction, the Irish recovery remains intact. A pullback in this position is likely an excellent buying opportunity. EIRL is a BUY.

Google Inc. (GOOG) gained 1.24%, once again hitting a new 52-week high. No goal appears too lofty for Google, as it announced last week that it is wading into the biotech arena. Google is attempting to create a contact lens that includes glucose-monitoring technology and a wireless micro-transmitter. The contact lens will transmit real-time blood sugar data to a receiver worn on a diabetic, providing the most comprehensive glucose-tracking effort available — and without the need for needles or finger-pricks. Although Google has many “moon shot” ideas on the burner, this one really is thinking out-of-the-box — especially for an online advertising company. GOOG will report earnings on Jan. 30, after markets close. GOOG is a BUY.

WisdomTree Japan Hedged Equity (DXJ) added 0.42% over the holiday-shortened trading week. Although DXJ has been sustaining its place at the $50.00 price level for two months now, it remains steadfast in its pursuit of the $54.00 high set back in June of 2013 and last hit back in 2007 prior to that. DXJ is a BUY.

Guggenheim Spin-Off (CSD) remained flat last week. Although this powerhouse continued to trade sideways over the holiday-shortened week, it’s worth remembering that over the past five years, CSD has grown at a spectacular 32% compounded annual growth rate. CSD is a BUY.

PowerShares Buyback Achievers (PKW) dipped 0.96% last week as it continued its slow crawl back to the 50-day MA. However, this fund has managed to bounce from the 50-day MA nearly every time it has approached this line-in-the-sand over the past year. PKW is a BUY.

WisdomTree Japan SmallCap Dividend (DFJ) jumped 2.16%. After four months, and three attempts, at battling to break the stubborn $52.00 resistance level, DFJ appears to have finally moved meaningfully above this price level and may now be in a position to rally higher. DFJ is a BUY.

Vanguard Global ex-US Real Estate ETF (VNQI) added 0.13% over the past four trading days, remaining in a consolidation pattern. With global markets continuing to recover, the market for global office real estate is poised to continue its steady growth through 2014 and into 2015. Top global cities seeing a jump in this space are Jakarta, Boston and Dublin — with Dublin experiencing double-digit percentage growth thanks to Ireland’s strong economic resurgence. VNQI remains a HOLD.

iShares S&P Global Timber & Forestry Idx (WOOD) gained 1.1% last week, closing a second consecutive winning week and running back up to the $53.00 price level it visited just four weeks ago. This bullish pattern likely confirms the positive forecast timber analysts have been citing over recent weeks. WOOD is a BUY.

Market Vectors Biotech ETF (BBH) continued its aggressive move higher last week, adding 3.95% and hitting a new 52-week high. With many of the large biotech firms forecasting strong new-drug pipelines in 2014, the “boom” in biotech is back. BBH is a BUY.

ProShares Ultra-Short 20+ Year Treasury (TBT) fell 2.20% last week to touch the 200-day MA. TBT has spent many previous years in decline as artificially low interest rates have attempted to keep the economic recovery intact. TBT has spent the bulk of these years markedly below the 200-day MA. However, with the market’s anticipation of higher rates firmly holding TBT above the 200-day MA for much of the past year, TBT will likely maintain this level. TBT is a BUY.

Icahn Enterprises, L.P. (IEP) fell 4.52% last week on news that Icahn Enterprises intends to offer new senior notes in an undisclosed amount. Although the new debt will be issued for “general partnership purposes”, it’s a safe bet that Mr. Icahn will put the new funding to good use — making himself and his investors billions more. IEP is a HOLD.

Exclusive  Relief Rally after the Tragedy in Japan

The Blackstone Group (BX) rose 2.65% over the past week and hit another 52-week high. Stephen Schwarzman, the chairman, CEO and a co-founder of Blackstone, will rub elbows with the investing crème-de-la-crème this week as he attends the annual World Economic Forum in the small exclusive resort town of Davos in the Swiss Alps. Seventy of the world’s billionaires will convene in Davos — a staggering gathering of investment capital by any measure. BX will report earnings on Jan. 30, before markets open. BX is a BUY.

In addition, as a courtesy, read my new special report, Top 4 Keys to Profiting in the Q4/Q1 Wildfire Rally, which includes time-critical information you can use  as 2014 begins. Also, take a look at the latest version of The Top 12 Stocks You Should Buy Right Now, which features three of my top investment recommendations, as well as bonus picks from each of my fellow investment newsletter editors at Eagle. These special reports and others are accessible FREE on my website. 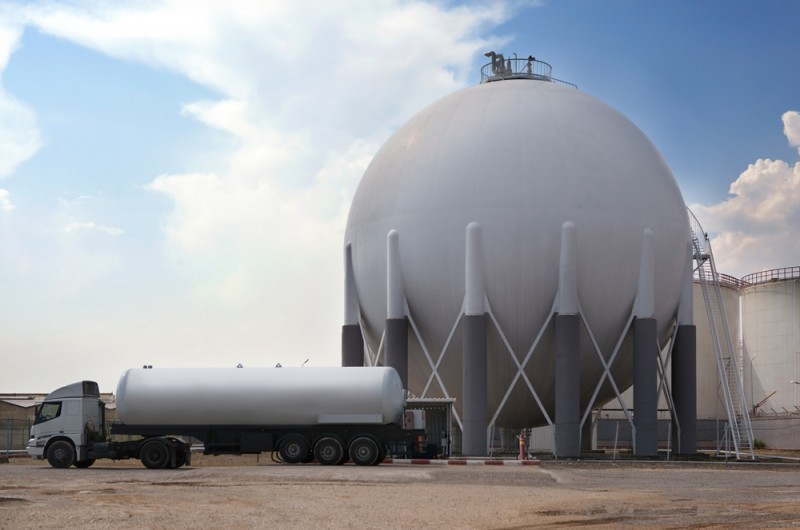 Energy prices rose as a winter storm intensified off the East Coast and disrupted life in a wide, multi-state area of the region.